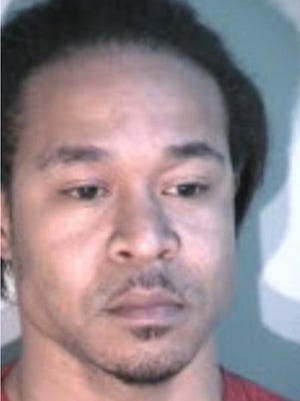 A Detroit man who photographed his sexual assaults of a young child and sexually exploited women was sentenced Tuesday to life in prison, federal officials said.

Ryon Travis, 39, was convicted of production of child pornography and sex trafficking after a jury trial in July, US District Court records show.

“Predators like Travis tear at the very foundation of our communities, not only victimizing children but subjecting multiple women to sex trafficking,” said Angie Salazar, Special Agent in Charge of Homeland Security Investigations, Detroit Field Division. “It is my hope that this sentence brings some measure of peace to the survivors, knowing that he will remain behind bars.”

The case dates back to March 2016, when West Bloomfield Township police investigated him for identity theft.

When detectives searched Travis’ cell phone for evidence, they found explicit photographs of sexual abuse involving a young child, according to court records.

Returning to his Detroit home the same month to gather more evidence, authorities found a woman chained at the neck to a pole in the living room. Investigators learned that multiple women lived in the home, and he considered each a “wife,” authorities reported.

“Travis arranged commercial sex dates for all of the women,” federal officials said Tuesday. “When one of the women tried to leave, Travis forced her to continue engaging in prostitution by placing a chain around her neck.”

In a sentencing memorandum filed last week, the US Attorney’s Office asked Judge Bernard Friedman to send Travis to prison for at least 50 years.

“Travis has never accepted responsibility or expressed remorse for the crimes he committed. At trial, he tried to influence the adult victim’s testimony by signing “yes” and “no” to her. His influence on the adult victim — even six years after the Offense — what apparent,” federal officials wrote. “… Travis needs to be deterred. And the public needs to be protected from him. Travis abused an extremely young child as well as a vulnerable adult. His crimes are so serious that long-term incarceration is the only way to keep the public safe.”

In a sentencing memo, defense attorney Martin Crandall said his client was raised by a grandmother, failed to graduate from high school but earned a graduate equivalency diploma and has “had virtually no employment except for a short stint at a car wash.”

“Mr. Travis just lacks the guidance that most of us have whether through parents, grandparents, education, teachers, clergy, coaches, or employment contacts to give him a foundation from which to make decisions,” he wrote. “Hopefully, that foundation will be gained institutionally, but the lack of opportunity is no reason to warehouse him for life.”