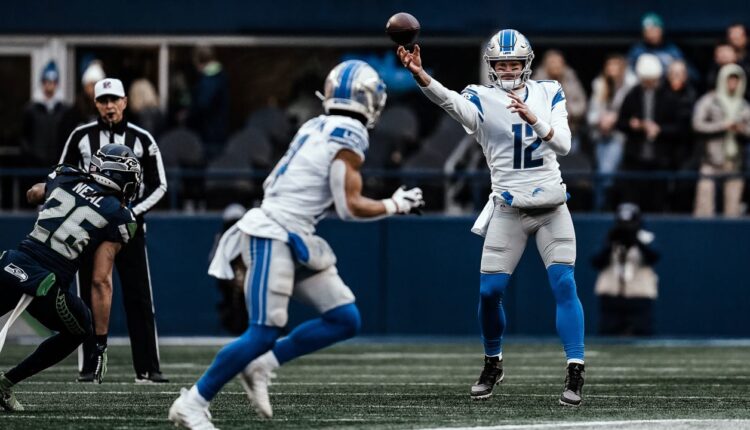 Seattle extended their lead to 17-0 early in the second quarter on Penny’s second touchdown of the game, this time from six meters away.

Detroit answered the second penny touchdown with a 26-yard touchdown run from St. Brown, who waved from the slot into the Lions backcourt on games 3 and 10. St. Brown took the handover of quarterback Tim Boyle, spun out of a would-be tackle from Seattle Safety Quandre Diggs, and cruised into the end zone for the first dazzling touchdown of his career.

Seattle responded with an 11-play, 69-yard drive to extend their lead to 24-7, with just under six minutes left in the first half, the first of three touchdown receptions that day for Seahawk’s wide receivers DK Metcalf would be.

Seattle went into the half 31-7 after a 1-yard score from Wilson against Tyler Lockett just before the end of the second quarter.

Detroit opened the second half with a Boyle interception on their first game of scrimmage, which Seattle turned into a Wilson to Metcalf touchdown and a 38-10 advantage.

Detroit made a minor comeback in the third quarter with a 7-yard touchdown pass from Boyle to St. Brown and a two-point conversion of the pair. Detroit then recovered an onside kick and drove the field, scoring again, this time with a 6-yard pass from Boyle to Taylor Decker (his second touchdown of his career) to reduce the lead to two possessions at 38-22 .

But Detroit had no answer for Wilson and Metcalf as they scored their third result early in the fourth quarter to increase the lead to 45:22.