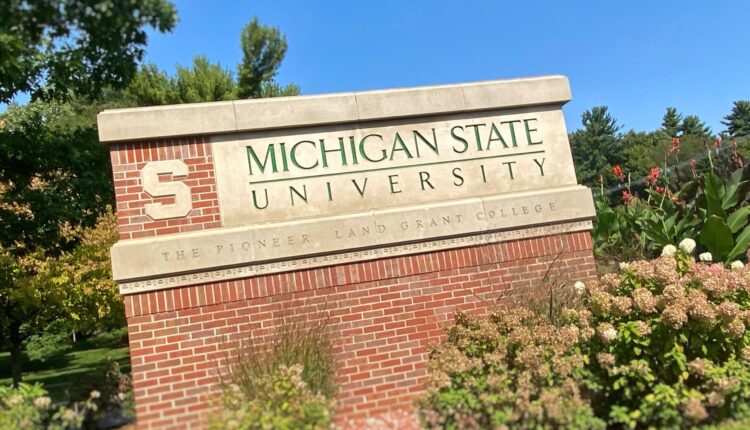 Criminalizing abortion would be a disaster for Michigan colleges and universities, presidents say ⋆

In the wake of the U.S. Supreme Court overturning Roe v. Wade, colleges and universities across Michigan are repeatedly fielding a question from prospective students and faculty: What is the status of abortion in Michigan?

So far, administrators are able to tell them that abortion is legal in Michigan amid court challenges. However, if the state law from 1931 — which Republican lawmakers are fighting to instate but is currently not being enforced — goes into effect and makes providing abortion care a felony, college and university presidents said that could wreak havoc on their ability to attract talent to their schools.

“I think if we look at our competitive position with other states, this is going to be an issue for us in terms of people who have a choice of where to go, and they decide that reproductive rights are an important part of that decision,” Michigan State University President Dr. Samuel Stanley said during a Tuesday roundtable on the impact the attack on abortion rights is having on colleges and universities. “And I think we are already hearing from people who apply for faculty and staff positions at the university for clarification on what the status is in Michigan. And we heard from students, undergraduate students, graduate students, as well as post-docs, the same type of concerns about where we are.”

Lt. Gov. Garlin Gilchrist, a Democrat who, along with Gov. Gretchen Whitmer, has long been a vocal supporter of abortion rights, led the virtual roundtable that was attended by six presidents from higher education institutions throughout Michigan.

“This is so important because, like so many institutions in the state of Michigan, our community colleges, our four-year colleges and universities, are really grappling with the implications of the Dobbs decision that came down,” Gilchrist said of the Supreme Court in June ending the constitutional right to an abortion that had existed in the country for nearly 50 years. Whitmer and Gilchrist are running for reelection on Nov. 8 and face GOP gubernatorial nominee Tudor Dixon and lieutenant governor nominee Shane Hernandez, both of whom support abortion bans. Dixon has netted national attention for saying that she does not support abortion even for a 14-year-old incest survivor. The Republican said in an interview last month that she opposes abortion for rape victims because “there’s healing through the baby.”

Once the Supreme Court overturned Roe, every state then had jurisdiction over laws regarding abortion care. In Michigan, a law from 1931 makes it a felony for a doctor to provide an abortion except in cases where the mother’s life is in danger. Judges from the Michigan Court of Claims and the Oakland County Circuit Court both issued orders suspending enforcement of the 1931 law — and challenges to the law from Whitmer and Planned Parenthood of Michigan are now making their way through the courts.

A ballot initiative that would enshrine the right to abortion and other reproductive care in the state Constitution was expected to go before voters in the November election after organizers submitted a record-breaking 753,759 signatures, but last week the Board of State Canvassers deadlocked on party lines as to whether the initiative could go on the ballot. A deadlock among the four-person panel means the petition is rejected.

Organizers from the initiative, named Reproductive Freedom for All, have asked the state Supreme Court to overturn the board’s decision and order that the amendment go before voters in November’s election.

During Tuesday’s hour-long roundtable, the school presidents painted a picture of a rocky educational landscape filled with students increasingly struggling with mental health issues in part because of the questions surrounding abortion’s legal status in Michigan.

Michael Gavin, the president of Delta College in Frankenlust Township, said his school has seen skyrocketing needs for mental health services this year — so much so that they have added two mental health staff to their community college. “I have to imagine some of that mental health need that we’re seeing is a result of being stressed by suggesting that they’re not full citizens,” Gavin said of people with the ability to become pregnant. “… It is impacting our students and their ability to focus on their classroom and their studies when … bigotry is front and center against them.”

If abortion did become illegal in Michigan, Mott Community College President Beverly Walker-Griffea said that would translate to students’ lives being entirely upended — especially for individuals who are lower-income and would not be able to access resources to travel to states where abortion remains legal.

“If they don’t have that choice [abortion], that’s it for them,” said Walker-Griffea, whose college is located in Flint. “Their goals, their dreams won’t happen.”

“Unfortunately, if you’re living in a situation where you don’t have the supports you need … it becomes an absolute roadblock,” Coleman said of an unwanted pregnancy.

Ora Hirsch Pescovitz, president of Oakland University in Rochester, and Stanley at Michigan State also noted that the tenuous legality of abortion in Michigan is creating significant stress for medical school faculty and students — many of whom are wondering if they will be able to teach or learn about abortion care at school should abortion become illegal and, if not, how that would impact their ability to work in states where abortion is legal.

“Our medical students have written a comprehensive letter to the dean of our medical school expressing their concern about what is at risk for their education,” Pescovitz said. “We do know that they have this concern, and we feel an obligation … to provide our students with the best and most comprehensive education possible, including training for women’s reproductive health.”

Stanley said medical school faculty who are practicing doctors are “concerned because of what they see as an intrusion in their ability to provide care for their students.”

He added that there are ongoing conversations at MSU about how to address the challenges that could be posed to medical students should abortion be banned, including potentially sending students to externships at schools in states where abortion is legal so they can learn how to provide abortion care.

The constant rollercoaster that the legal status of abortion has been on in Michigan could push workers from the nursing field that has been hemorrhaging employees throughout the pandemic, Walker-Griffea said. “When you’re speaking of our nurses and nursing students, and the trauma that they have incurred (during the pandemic) and now maybe not having that opportunity to be able to have the information to provide choice, it almost seems like we are moving people away from the field instead of being inclusive and bringing everybody back in,” Walker-Griffea said.

“It’s a really critical period, and we do have to make the right choices here in Michigan,” she continued.

Gilchrist ended the roundtable by vowing that the Whitmer administration would continue to fight for abortion remaining legal in Michigan.

“However people may feel individually and personally about reproductive health care choices, abortion health care, what I, what the governor, what the majority of people believe, is women need to be able to make these choices for themselves,” Gilchrist said.

Did You See Where The Newest Spirit Of Halloween Is In Lansing?