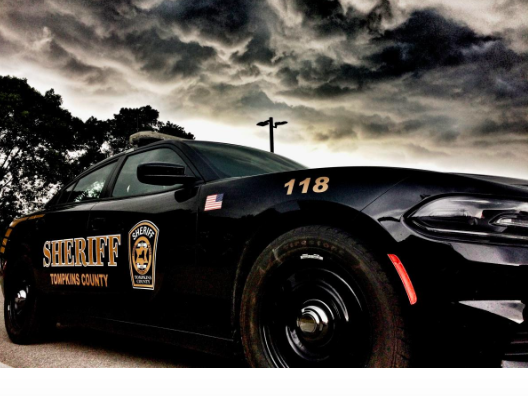 Lansing City Council will hold a Q&A session with Sheriff Derek Osborne of Tompkins County on March 13th on the shooting and car accident on March 13th at Auburn Road, which will follow up on the death of 21-year-old Sha-Heem Harris of Elmira.

At 1:40 a.m. on March 13, the Sheriff’s Department received a complaint about a loud argument involving gunfire near the 600 block on Ridge Road in Lansing. The caller informed the dispatcher that the two parties had subsequently left the area in two separate vehicles.

About 10 minutes later, officers responded to the 500 block on Auburn Road to report two vehicles off the road and several injuries. It was found that the occupants of the vehicles were the same people who were involved in the previous dispute. According to the sheriff’s departments, the two vehicles were traveling north towards Auburn Road at high speed while the drivers shot at each other. Both drivers eventually lost control and crashed. One vehicle collided with a telephone pole and the other stopped in the courtyard of a residence.

One of the vehicles was a red 2019 Ford Mustang that was driven by Garaus Henry (26) from Lansing. He was treated without injuries and released. His passenger was Fausto Gio Frias (aka Junior G. Brooks), 19, who was treated with minor injuries from the accident and was discharged from Upstate Medical Center.

The other vehicle was a black Hyundai Sonata from 2006 driven by Saad Letif Muhammed, 41. He is currently being treated at Guthrie Medical Center for a minor gunshot wound and injuries caused by the accident. One of his passengers, Tyrone Fair, 61, is being treated in Guthrie for serious injuries related to the car accident. Harris was the second passenger on that vehicle and was pronounced dead at the scene. The official cause of death is still pending. All three people were from Elmira.

Henry has been charged with three charges of attempted murder in the second degree and one charge of exacerbated criminal possession of a second degree weapon. Shortly before the indictment, he was taken back to the hospital because of other symptoms related to the car accident, but was released. Following the results of the autopsy and any pending additional examinations, Henry can expect additional fees.

The city council meeting begins on March 17th at 6.30 p.m. in the town hall. The meeting is open to the public and follows guidelines from the CDC and the New York State Department of Health – 50 percent capacity needs, social distancing, and wearing of masks. The meeting will also be broadcast live on his YouTube channel (https://www.youtube.com/channel/UCs2FqU2xFnDyGS8DwXgoJwA). Sue Ellen Holmes, Milton Meadows Regional Manager, is also expected to be part of the Q&A.

Washtenaw County will receive an additional 2,500 doses of COVID vaccine for most of the vulnerable residents