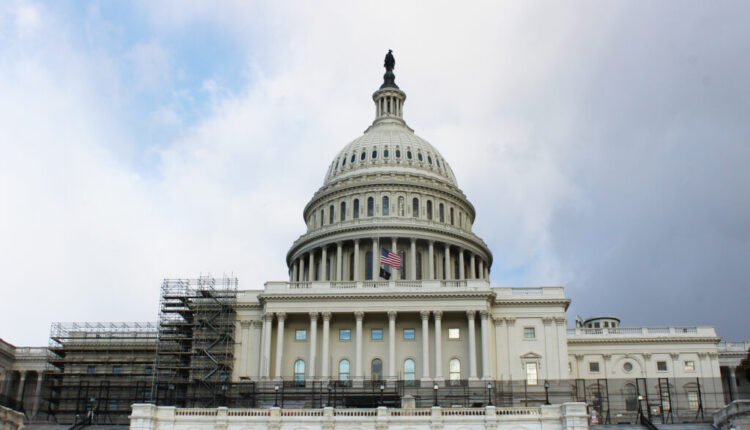 WASHINGTON — Congress unveiled a $1.7 trillion spending package early Tuesday that would fund the federal government for the rest of the fiscal year, completing the annual process that began this spring when President Joe Biden sent lawmakers his budget request.

Biden’s chief budget official in a statement urged Congress to speedily pass the massive measure before a Friday deadline and send it to the president. The omnibus, as it’s known, is likely to be the last significant piece of legislation lawmakers will push through during the 117th Congress.

The package, which includes the dozen annual appropriations bills that fund everything from the Pentagon to national parks to the Agriculture Department, also includes:

It would also allow — though not require — states to continue providing 12 months of postpartum care for women covered by Medicaid or the Children’s Health Insurance Program. States that have been resistant to that policy would be able to opt out.

“It was no easy feat to piece this bill together,” Senate Majority Leader Chuck Schumer said Tuesday morning, before rattling off several of the package’s provisions.

The New York Democrat said the “funding bill is overflowing with very good news for our troops, for the Ukrainian brave fighters, for American jobs, for our families and for American democracy.”

Senate Minority Leader Mitch McConnell said the package “is an impressive outcome for the Republican negotiators and more importantly it is the outcome that our country actually needs.”

The Kentucky Republican urged his colleagues to back the measure, saying the choice between fully funding the government for the rest of the fiscal year or using another stopgap spending bill was “not a close call.”

“The Senate should pass this bill,” McConnell said.

Congress must pass the 4,155-page package before Friday at midnight when a one-week stopgap spending bill expires, or potentially begin a partial shutdown.

The omnibus package includes $858 billion in defense spending, up from $782 billion, and a significant increase from the $730 billion approved during the last appropriations process for nondefense accounts, though the U.S. House and U.S. Senate were using different spending levels as of Tuesday morning.

Senate statements about the bill often said it would provide $772.5 in nondefense spending while House Appropriations Chair Rosa DeLauro, a Connecticut Democrat, said the package included $800 billion for nondefense programs.

Nondefense funds go toward the vast majority of federal departments and agencies, including Agriculture, Homeland Security, Interior, NASA, Transportation and Veterans Affairs. Funding for defense programs predominantly goes to the Pentagon through the Defense Appropriations bill, though some of the defense money goes to nuclear programs within the Energy Department.

The measure, released Tuesday morning around 1:30 a.m., has the support of Democrats in both chambers and Senate Republicans. But House Republican leaders opted to exclude themselves from the negotiations, arguing that lawmakers should wait until their party controls that chamber to finish work for the fiscal year that began on Oct. 1.

Ten House Republicans and three members elect sent a letter to their GOP colleagues in the Senate late Monday, calling on them to use the legislative filibuster to block the omnibus from moving forward.

The 13 wrote that they were “obliged to inform” Republican senators that “if any omnibus passes in the remaining days of this Congress, we will oppose and whip opposition to any legislative priority of those senators who vote for this bill — including the Republican leader.”

They wrote that if their Senate colleagues didn’t prevent the bill from moving forward “there is no point in pretending we are a united party, and we must prepare for a new political reality.”

Alabama Sen. Richard Shelby, the top Republican on the Appropriations Committee, said in a written statement that Congress should approve the package before the Friday midnight deadline.

“This process was far from perfect, but ultimately it allowed Republican redlines to be adhered to and because of that I will urge my colleagues to support this package,” Shelby said, referring to GOP demands. “We need to do our job and fund the government.”

White House budget Director Shalanda Young said in a written statement the bipartisan government funding agreement “is an important step forward, bringing both parties together to make progress on critical priorities for our country.”

“As with any compromise, neither side got everything it wanted, but this legislation is good for our economy, our competitiveness, and our country, and I urge Congress to send it to the President’s desk without delay,” Young added.

The spending package includes several unrelated bills that lawmakers from both political parties have been working to get to Biden’s desk for months or years, a common feature of omnibus spending packages.

The package would change the way Congress certifies electoral votes for president by reinforcing the vice president’s role as ceremonial. The measure would raise the threshold for members’ objection to certifying a state’s electoral votes to one-fifth of the Senate and one-fifth of the House from the current threshold of one member of each chamber.

Maine Republican Sen. Susan Collins and West Virginia Democratic Sen. Joe Manchin III said in a statement Tuesday that the electoral count bill “fixes the flaws of the archaic and ambiguous Electoral Count Act of 1887 and establishes clear guidelines for our system of certifying and counting electoral votes for President and Vice President.”

The package would ban the popular social media app TikTok, or any apps from its parent company ByteDance Limited or an entity owned by ByteDance Limited, from government devices. Lawmakers added an exception for “law enforcement activities, national security interests and activities, and security researchers.”

The U.S. Senate unanimously voted last week to send the House a bill by Missouri Republican Sen. Josh Hawley that would have banned federal employees from downloading TikTok on their phones amid concerns about how it tracks users’ data and how much access the Chinese government has to that information.

The bill includes provisions that would ensure for the first time that “every child in America who qualifies for Medicaid or CHIP will now be guaranteed at least one year of continuous health coverage,” according to Schumer.

“This is a major change that will make a big difference in improving the health care for millions of kids,” he said.

The measure would “permanently extend a policy from the American Rescue Plan that lets states give a full year of postpartum coverage for mothers on Medicaid and CHIP,” Schumer said Tuesday.

“This is something huge, something I have so strongly believed in and fought for,” Schumer said. “It’s a major step to address America’s crisis in maternal health and mortality.”

The bill also continues the federal government’s years-long search to select a location for the Federal Bureau of Investigation’s new headquarters after a last-minute disagreement between members from suburban Maryland and Virginia about how the process should go.

The omnibus says that the General Services Administration administrator “shall conduct separate and detailed consultations with individuals representing the sites from the State of Maryland and Commonwealth of Virginia” in order to ensure GSA’s criteria for selecting a site in the Washington, D.C. suburbs “is consistent with Congressional intent.”

The legislation wouldn’t expand the Child Tax Credit, a provision that Congress approved as part of its COVID-19 funding. The expansion, however, lapsed amid disagreements about whether to extend it and how exactly the expansion should be structured.

Negotiators didn’t reach agreement to include legislation that would have allowed cannabis businesses in states where medical or recreational use is legal to access banking the way businesses recognized as legal under federal law can.

The bill doesn’t include the roughly $10 billion the Biden administration requested from Congress to continue addressing COVID-19.

The package does include billions in community project funding, or earmarks, requested by Democrats and Republicans in both chambers.

The post Congress rolls out $1.7 trillion spending deal in race to Friday deadline appeared first on .