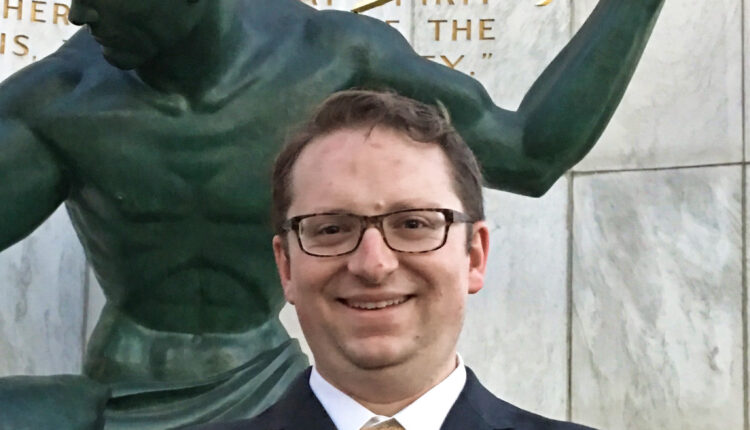 A city employee said he’s working to peel back the curtain on how the Detroit city government does business through a free online resource guide he built during the pandemic.

The independent venture started as a personal challenge for Dan Arking, assistant corporation counsel in the Detroit Law Department, who said he felt frustrated by what he perceived as a lack of accessibility and clarity with information on the city’s website. Arking said residents who want to stay informed about public meetings, contact city officials or find out who can solve their problems often face difficulties navigating what’s online.

“From the perspective as (being) both a city resident, a member of the public, but also a city employee, it becomes sometimes painfully clear just how difficult it can be to navigate the city government and get information out of it,” Arking said. “This is not out of reaction that the city is breaking any sort of public notice or transparency laws. It’s more out of a recognition that there’s a gulf between making certain information publicly available to satisfy technical and legal requirements and going above and beyond to make it functionally and conveniently accessible to most people.”

Arking said he began thinking about it during the pandemic, when city employees were working reduced hours and had a bit more free time than they knew what to do with. He taught himself web development in summer 2021 and launched SoapBox Detroit, a site to help Detroiters better understand how city government works and how they can advocate for themselves.

“More specifically, (the goal was to) make it easier in more direct ways for the public to engage with their government, to advocate for their interests and open up that line of communication,” he said.

SoapBox Detroit features a calendar of public meetings held by dozens of boards, committees, public authorities and city departments. It includes links to access meetings virtually, documents showing what’s on the agenda and instructions on how to submit public comments. The website recently launched a directory of officials covering everything from the airport department to the zoning board and it has information about city laws and regulations.

“I’ve always been struck by the fact that, given its relatively manageable size, just how opaque the Detroit city government can be,” he said. “But on the flip side of that, I’ve also been struck by the level of civic interest in Detroit. The city is just so well-served by such a wide array of block clubs, neighborhood associations, community development corporations and self-appointed interested citizens.”

Arking said he first tried to start conversations internally to improve the city’s website, but ultimately decided to go his own way. He estimates around a third of SoapBox Detroit’s 200 subscribers are city employees.

“It is just functionally not acceptable to expect people to check dozens of web pages every day and cobble all this information together,” he said.

Vickie Thomas, director of communications for Detroit, said the city’s website is “the most accurate and reliable source of information” for public meetings, department initiatives and general information about city operations.

“Our website has come a long way in a short period of time but given the vast amount of information available on the City’s website, we are always looking to improve the customer experience by making the process of locating vital information as easy as possible with just a click or two,” Thomas said in an email. “For example, we recently added a button to the homepage that allows visitors to quickly find City ordinances that have been enacted and codified.”

Thomas added that new web management practices have been put in place to consolidate information and make it easier to find with fewer clicks. She pointed to a section of the website showing how Detroit allocated American Rescue Plan Act funds.

Detroit’s website also includes an abundance of information that can’t be found on SoapBox Detroit, including instructions on how to access services and programs, pay fines, apply for jobs, file public records requests, obtain licenses and permits and search public databases.

The city charter and open meetings laws require public disclosure of contract opportunities, advance notice of meetings, oversight reports and other information that is exclusive to the city’s website. The city site also is available to non-English speakers, with options for Spanish, Bengali, Arabic and other language services.

Resources on Arking’s site are offered for free, but users are asked to subscribe with their email address to access documents. Signing up also gives users regular updates on upcoming meetings and site improvements.

The COVID-19 pandemic has led to a substantial change in how city governments communicate with the people they serve. Cities embraced social media, virtual meetings and new technology to keep residents informed when in-person interaction wasn’t permitted.

A majority of Detroit public bodies, most notably the City Council, continue to offer residents the opportunity to join meetings virtually.

Meanwhile, the city is working to improve a “digital divide” in Detroit. The city launched Connect 313 to lead efforts to improve access to computers, internet access and the skills needed to get the most out of technology.

authored by
First published at https%3A%2F%2Fwww.bridgedetroit.com%2Fcity-employee-builds-website-to-boost-detroit-government-access%2F

Another Biakabutuka Makes a Name For Himself As Red Wings Invitee