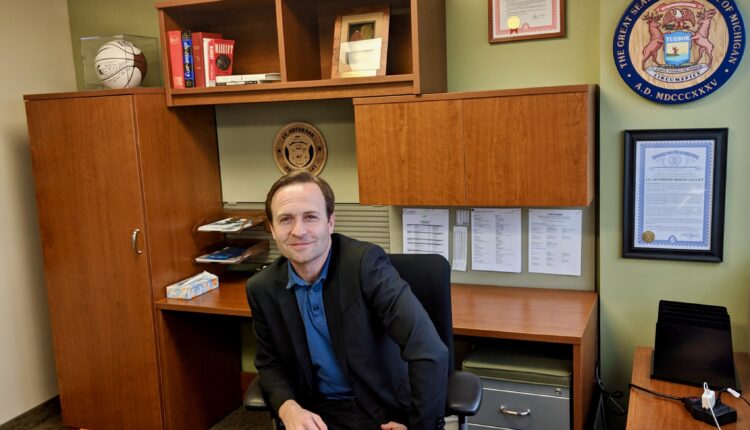 U.S. Sen. Debbie Stabenow (D-Lansing) announced earlier this month that she would not seek reelection in 2024, saying it was time for the next generation of leaders to ascend.

Calley, who ran for governor in 2018 but lost the Republican primary to former Attorney General Bill Schuette, has served as the president of the Small Business Association of Michigan since leaving office in 2019.

“There’s a 0.0% chance that I will even entertain running – for any office, actually, but especially one in Washington, D.C.,” Calley said.

Calley is a former state House member who served as Gov. Rick Snyder’s No. 2 from 2011 to 2018. His spouse, former state Rep. Julie Calley (R-Portland), now works for the House GOP caucus after being term-limited last year.

Dr. Abdul El-Sayed, a progressive who also ran for governor in 2018 but lost the Democratic primary to Whitmer, also ruled out a campaign.

“This isn’t my race. I’m focused on my work serving the health and well-being of Wayne County residents,” El-Sayed said, adding that he and his wife are expecting their second child this month.

El-Sayed is set to become the director of Wayne County’s health department in March.

U.S. Rep. Elissa Slotkin (D-Lansing) and Lt. Gov. Garlin Gilchrist have both expressed interest in running for the seat but had not announced campaigns as of Wednesday afternoon.

State Sen. Mallory McMorrow (D-Royal Oak), who has been floated as a potential candidate for higher office after a viral floor speech and massive fundraising last year, did not rule out a campaign but also offered no hints that she was considering one.

“I am right where I need to be right now,” McMorrow told the on Wednesday.

McMorrow shared a photo with Stabenow on Tuesday afternoon. Stabenow was seen visiting the Michigan Capitol again on Wednesday.

The incomparable Senator Stabenow joined the state Senate Democratic *Majority* caucus today! On her way out, I gave her a card signed by more than 500 Team Mallory supporters to thank her for her tireless work for all of us. 1/ pic.twitter.com/hyNTK0oOc0

Republicans such as Perry Johnson and Kevin Rinke — both businessman and failed 2022 gubernatorial candidates — and state Sen. Ruth Johnson (R-Groveland Twp.), a former secretary of state, have expressed interest in running for the seat.

Former Secretary of State Candice Miller has previously ruled out a campaign.