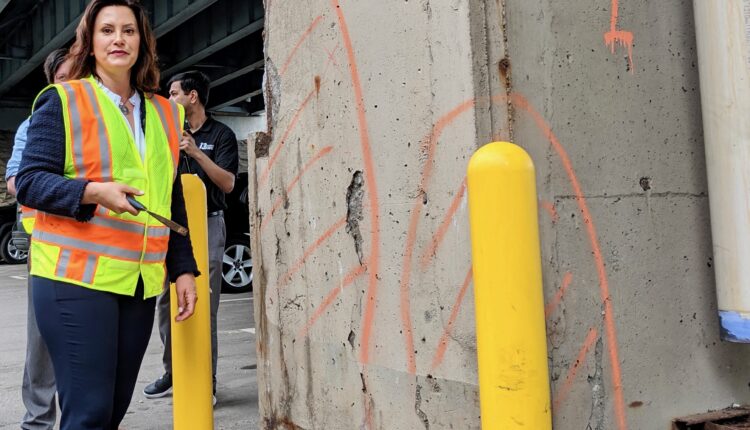 Bridge funding in infrastructure law on the way to states ⋆

The federal government will begin releasing more than $5 billion for distressed bridges in the first year of funding under the recent infrastructure law, President Joe Biden said in a Friday video message.

Gov. Gretchen Whitmer announced that the state of Michigan is expected to receive $563.1 million over five years to build, repair or replace bridges. She said it is the “biggest ever investment” in Michigan’s bridges.

“Thanks to the Bipartisan Infrastructure Law, Michigan is expected receive $563.1 million over five years to support thousands of good-paying jobs and build or fix hundreds of bridges,” said Whitmer. “I look forward to using these resources to put Michiganders first, improving countless commutes and keeping families safe on the road. We will work with our federal and local partners to invest this historic amount of resources into communities in every region of Michigan.”

“The Michigan Department of Transportation welcomes this historic infusion of resources to back our efforts to repair, replace or rehabilitate Michigan’s bridges,” said MDOT Director Paul Ajegba. “We will collaborate with our local partners and stay focused on investing these resources where they are needed most, fixing bridges in critical condition in counties across Michigan. We have made meaningful progress over the last couple of years, and I look forward to so much more because of the Bipartisan Infrastructure Law.”

In his message, Biden specifically mentioned the Brent Spence Bridge connecting Ohio and Kentucky, the Interstate 5 bridge over the Columbia River between Oregon and Washington and the Blatnik Bridge between Minnesota and Wisconsin.

The law would provide money over the next five years to address bridges in need of repair and waive the requirement that states and local governments provide matching funds, Biden said.

The figure represents the largest spending on bridges since the Interstate Highway System was created, Biden said.

More than 45,000 bridges across the country are in poor condition, according to the Transportation Department.

The department lists $26.5 billion over five years for the bridge program.

The 2022 allotment, which the U.S. Transportation Department will begin to release Friday, is $5.3 billion.

Biden emphasized funding for smaller bridges off the Interstate system.

Those off-network bridges account for about two-thirds of the total in need of repair, he said.

“These bridges are often overlooked when decisions are being made, but they are essential,” he said. “We’re sending the message to these communities that you matter. We’re making sure that you’re not left behind and left out.”

Nearly one-third of the bridge funding, $12.5 billion, will go toward repairing and replacing “the most economically significant bridges in the country,” Biden said — specifying the Ohio-Kentucky, Oregon-Washington and Minnesota-Wisconsin bridges.