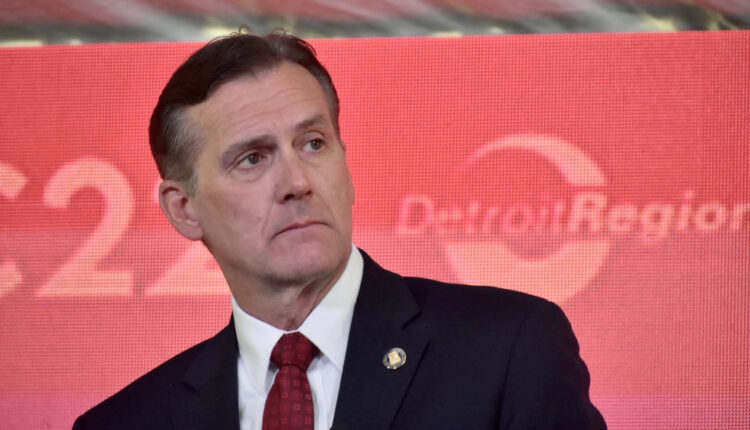 Just hours after Kalamazoo chiropractor Garrett Soldano announced that he will no longer be seeking the Republican nomination for lieutenant governor, another of the failed GOP gubernatorial candidates said he will seek the position instead.

“After thoughtful consideration and prayer I accept the request and support from delegates, county chairs, and citizens to run for the nomination of Lieutenant Governor of Michigan at the August 27th Republican Convention,” said the Rev. Ralph Rebandt in a press release Monday evening.

Rebandt, who was among those to call into question the validity of the election results, said his decision should not be viewed as divisive.

“In my thirty-five years of parliamentary experience, I have learned that when everyone has a voice in the process, there is greater unity and acceptance in the outcome,” Rebandt said. “It is the will of many of the citizens of Michigan to offer their legitimate voice and by procedure, elect a Lieutenant Governor who will work with Tudor Dixon to protect the rights and interests of all the citizens of Michigan by exemplifying truth, respect, dignity, and love.”

Dixon’s announcement Friday that she had selected former state Rep. Shane Hernandez (R-Port Huron) to be her running mate was not universally welcomed within the party, with Soldano teasing a possible run for the No. 2 position just hours later.

Soldano then ratcheted up the speculation of a convention floor fight when he posted a photo on Sunday of he and presumptive Republican attorney general nominee Matt DePerno having lunch, saying they discussed the importance of building a “stronger ticket” with “grassroots enthusiasm.”

However, with Soldano’s announcement that he was out of the running to focus on his family, the GOP ticket was only able to enjoy a couple of hours of unity before Rebandt’s press release, although he indicated the fight would not continue past Saturday’s Republican nominating convention in Lansing.

“Regardless of the outcome of the Republican Convention on August 27th, I will wholly and completely support the Tudor Dixon ticket on the November ballot, and will work to secure a Republican victory,” he said. “We must all unite to remove Gretchen Whitmer from office and to restore our constitutional liberties.”

That same sentiment was pushed forward by former President Donald Trump, although not in favor of Rebandt.

In a release Monday evening, Trump said he was backing Hernandez — a statement some Republicans were looking for immediately after Dixon’s announcement last week.

“Tudor Dixon MUST defeat Gretchen Whitmer in November!” said Trump. “I have talked to Tudor about the race and her choice of a running mate, Shane Hernandez. Since then, I have checked and found him to be an outstanding person. In fact, he was named Michigan’s most Conservative legislator, and is strongly committed to Election Integrity. The MAGA movement should support the ticket! This is who Tudor wants and therefore, Shane is who I want as your next Lieutenant Governor.”

Meanwhile, former Detroit Police Chief James Craig, who had sought the GOP nomination for governor before being tossed off the ballot due to invalid petition signatures, told the Detroit News on Monday that he would support U.S. Taxpayers Party nominee Donna Brandenburg for governor before Dixon.

Brandenburg was also removed from the GOP primary ballot for invalid petition signatures.