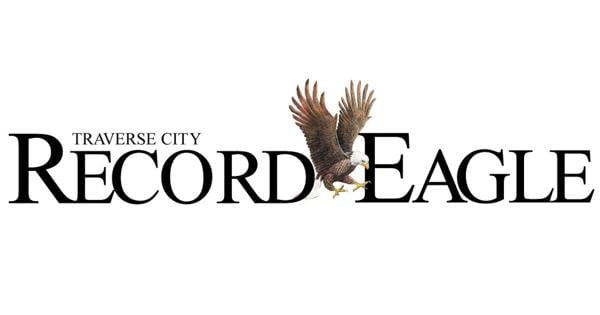 KYIV, Ukraine (AP) — A series of explosions has rocked Kyiv and minutes later air raid sirens started to wail as an apparent missile attack on the Ukrainian capital was underway. The deputy head of Ukraine’s presidential office said on Telegram that a missile attack on critical infrastructure in the capital was taking place on Saturday morning. Kyiv mayor Vitali Klitschko said that “explosions were heard in Dniprovskyi district, left bank of Kyiv.” It wasn’t immediately clear whether the explosions were caused by the strikes or by air defense systems operating. The Ukrainian capital hasn’t been attacked since New Year’s night.

Biden welcomed back to Georgia after laying low in midterms

ATLANTA (AP) — During the 2022 midterm campaign, President Joe Biden steered clear of Georgia as Sen. Raphael Warnock, like other battleground-state Democrats, sought to distance himself from the White House amid an inflationary economy and the president’s lagging approval ratings. Now, with Warnock having secured his first full term and Biden buoyed by Democrats’ better-than-expected election results, the senator is welcoming the president back to Georgia and to America’s most famous Black church. The president is set to speak Sunday at Ebenezer Baptist Church as part of Martin Luther King Jr. holiday weekend.

DUBAI, United Arab Emirates (AP) — Iran says it has executed a dual Iranian-British national who once worked for its defense ministry despite an international outcry over his death sentence and those of others held amid nationwide protests. Iran’s Mizan news agency, associated with the country’s judiciary, announced Ali Reza Akbari’s hanging on Saturday. It didn’t say when it happened. However, there are rumors he had been executed days ago. Iran accused Akbari, without offering evidence, of being a spy for Britain’s MI6 intelligence agency. It aired a highly edited video of Akbari discussing the allegations resembling others that activists have described as coerced confessions. British Prime Minister Rishi Sunak called the execution “a callous and cowardly act carried out by a barbaric regime.”

As a deadly storm system that spawned tornadoes across parts of the US South, Zakiya Sankara-Jabar’s cellphone buzzed relentlessly. Text messages and calls from loved ones in Alabama, many of them hysterical, provided her with devastating updates. In Selma, family members’ homes were damaged but were structurally sound. But just one town over, other relatives lost everything. Her family has called the area home for generations and they have deep connections to Selma, a city etched in the history of the civil rights movement. Now, Selma is a majority-Black working class city recovering from a natural disaster, in a region that has suffered for decades from economic depression and lacking public resources.

WASHINGTON (AP) — The Biden administration is nearing deals with two Pacific Island nations to extend their special ties with the United States, as US-China rivalry for influence in the region heats up. The US has signed two memorandums of understanding with the Marshall Islands and Palau that officials hope will pave the way for broader agreements that will govern their relations with Washington. The memorandums lay out the amounts of money that the federal government will provide to the Marshalls and Palau if their so-called “Compacts of Free Association” are successfully renegotiated. Officials would not discuss the specifics because the deals aren’t yet legally binding and must still be approved by Congress.

Violence soars in Mali in the year after Russians arrive

DAKAR, Senegal (AP) — Western officials say violence against civilians in Mali has risen in the year since hundreds of Russian mercenaries have started working alongside the West African country’s armed forces to stem a decade-long insurgency by Islamic extremists. Diplomats, analysts and human rights groups say extremists linked to al-Qaeda and the Islamic State group have only gotten stronger and there’s concern the Russian presence will further destabilize the already troubled region. One report says more than 2,000 civilians have been killed since December 2021, compared with about 500 in the previous 12 months, with at least a third of those deaths last year stemming from attacks involving Russia’s shadowy Wagner Group of military contractors.

UNITED NATIONS (AP) — A senior Ukrainian Foreign Ministry official says President Volodymyr Zelenskyy wants to visit the United Nations to address a high-level meeting of the 193-member General Assembly on the eve of the first anniversary of Russia’s Feb. 24 invasion of his country if the security situation permits. First Deputy Foreign Minister Emine Dzhaparova cautioned in an AP interview Friday that many factors need to be in place for him to come. She cited first and foremost the military situation on the ground and a warning from Ukraine’s intelligence service that Russia is planning “a very serious offensive in February.”

WASHINGTON (AP) — The Supreme Court is adding eight new arguments to its calendar. One of them is about a religious former postal employee who resigned when he was forced to work Sundays. the justices will consider what accommodations employers must make for religious employees. The case comes when religious plaintiffs have generally fared well at the court, which is dominated 6-3 by conservative justices. The court also is taking a case about reviving whistleblower lawsuits claiming that supermarket and pharmacy chains Supervalu Inc. and Safeway overcharged government health-care programs for prescription drugs by hundreds of millions of dollars. The cases are expected to be argued in April.

RIO DE JANEIRO (AP) – Brazil’s Supreme Court has agreed to investigate whether former President Jair Bolsonaro initiated the far-right mob that ransacked the country’s Congress, top court and presidential offices, a swift escalation in the probe that shows the ex-leader could face legal consequences for an extremist movement he helped build. Justice Alexandre de Moraes granted a request from the prosecutor general’s office to include Bolsonaro in the wider investigation, citing a video the former president posted on Facebook two days after the riot. It claimed Luiz Inácio Lula da Silva wasn’t voted into office, but rather was chosen by the Supreme Court and Brazil’s electoral authority.

Maine gets 1st Mega Millions jackpot with $1.35B grand prize

DES MOINES, Iowa (AP) — Maine scored its first Mega Millions jackpot — and someone beat the ill fortune of Friday the 13th — when a ticket purchased in the state matched the winning numbers for the lottery’s estimated $1.35 billion grand prize. The lucky combination of numbers drawn late Friday night were: 30, 43, 45, 46, 61 and gold Mega Ball 14. The winner, whose name is not yet known, overcame steep odds of 1 in 302.6 million, which led to three months of drawings without a claim on the jackpot. The jackpot was the second largest prize for a Mega Millions player and the seventh time there was a winner on Friday the 13th.

Copyright 2023 The Associated Press. All rights reserved. This material may not be published, broadcast, rewritten or redistributed.