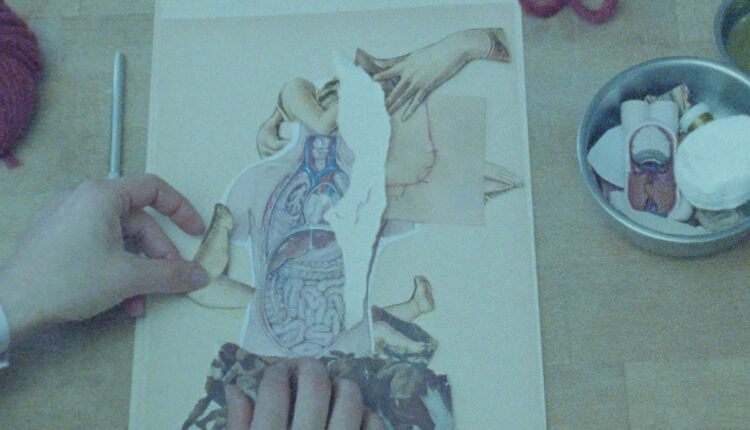 A little over an hour in length, Al Largo is a meditation on pain and illness as an integral part of the human experience.

Filmmaker Anna Marziano (“Beyond the One”) described it in a post-premiere recorded Q&A as a film about “the violence of life,” but the footage itself is far from violent. Marziano lulls the audience into a pensive calm and invites us to ponder a range of relationships, that of the person with earth, the person with self, and the person with society.

The title, which means “offshore” in Italian, reflects the sea, one of the most famous motifs in the film. Marziano said the title “makes you feel like you are taking a risk that you must take to live”. That risk is the likelihood of suffering, the likelihood of a surprise diagnosis, or a painful accident. However, without this risk, we cannot enjoy life. Marziano added: “The expression in Italian has a nuance … it is both risky and … something beautiful that you dare to do.”

This “something” lives by itself. By just daring to live, we expose ourselves to the risk of physical pain. By daring to care for one another, we expose ourselves to the risk of empathy. Grooming is a central theme in the film; Passages about caring for the sick are intertwined with passages about experiencing illness. “Al Largo” examines the symbiotic relationships between doctor and patient and between mother and child to understand how pain mediates human relationships.

As with many Ann Arbor Film Festival features, the documentary formula is rejected in favor of an ornate film essay. Marziano conducts this exploration not through interviews and new footage, but through spoken literature and relevant images. For example, the film begins with the words and amateur paintings of Francesco Nash as he reads passages displayed on the screen against the backdrop of his artwork. Nash introduces the subject of the sea and says first that he came as a young man to “see the sea not only as a source of fish, but as an event in itself that is full of life”. Nash’s voice-over also begins by discussing pain: “Pain can be something that happens and that can be treated the same way you experience the color of an orange, the taste of a loquat … it can be part of all of the things that connect to construct your life. “

This fundamental role of pain in life is repeated throughout the film, most eloquently in the writings of the philosopher Claire Marin (also read aloud and paired with footage of hands busy with book and handicrafts). Marin describes the pain of chronic illness as “war within”. Its poetic expression of the burden of disease and its potential to dehumanize those affected is immobile – the film acts as a guided meditation for the sick and those who care for them.

Part of what makes “Al Largo” so meditative is Marziano’s focus on the physical overconsciousness caused by chronic illness. Marin says that this hyperconsciousness “anticipates the disappearance, but above all supports the present”. Accordingly, painless viewers are brought into their own bodies and made aware of these supporting functions.

In the second act of the film, the intrapersonal meditation on pain and healing is extended to a social and interpersonal level. Italian health workers discuss the failures of their country’s public health system. Researchers share microscopic images of foraminifera, microscopic marine organisms that can reveal the effects the human environment has on the oceans. The personal burden of pain quickly becomes political in our societies, and Marziano cleverly weaves the two together.

“Al Largo” does not focus on a single instance of pain or investigate a particular faulty system. Instead, the film is a philosophical treatise in itself, backed up by the self-reflection and philosophy of its contributors. Marziano’s inclusion of on-screen text implies a sixth sense of critical analysis and ensures the viewer stays engaged with this moving visual essay about life and suffering.

When Marziano characterized the film as “the violence of life”, Marin repeated it in contemplation of the inevitable finale of life by presenting illness as a memory of Mori. Through the tacit and threatening vitality of the sea, Marziano suggests that drifting away from pain, ironically, can be a path to grounded self-enlightenment.

For those who want to better understand the experience of chronic illness, Al Largo offers a meditative journey through the social and personal dimensions of suffering and healing. Audiences will no doubt have an increased awareness of their own body and their relationship with the world at large.