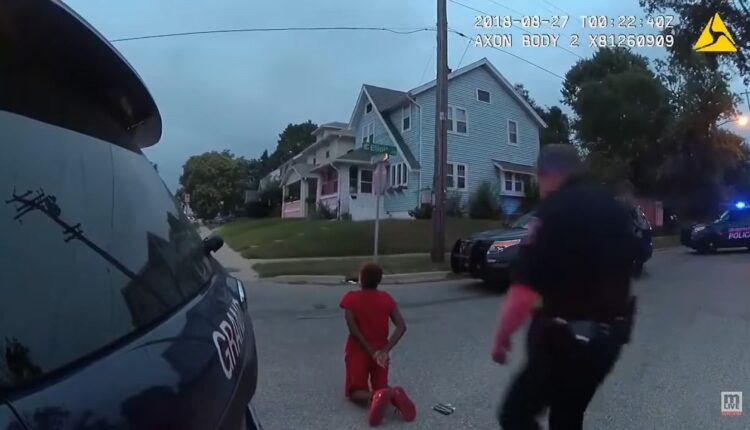 The agency is alleging unequal treatment in public service on the basis of race and sex.

“The Grand Rapids Police Department was unable to show evidence of any white children who were similarly held at gunpoint, handcuffed, searched, placed in a squad car and questioned in response to a 911 call and no allegation of a crime,” said John Johnson , director of the MDCR.

“The Grand Rapids Police Department provided no evidence that they treat individuals of another race the same in similar circumstances.”

Grand Rapids officials said they have not yet been served with the latest charges.

“We are aware of today’s announcement by the MDCR,” a city spokesperson said. “We have not yet been served with the charges. We’ll be reviewing the charges and responding appropriately.”

The new charges join two other racial discrimination charges filed by the MDCR this summer stemming from the gunpoint handcuffing of Honestie Hodges and the detainment of a compliant Black motorist.

Those cases are still working through pre-hearing motions. They’re among two dozen other discrimination complaints the agency is investigating.

The incident that prompted the latest charges happened on Aug. 26, 2018, and it involved Grand Rapids police detaining and handcuffing two Black children, 11-year-old brothers Martrell and Martrez Coston, and a Black teen, age 17, at gunpoint.

Police previously released bodycam footage of the incident, which can be seen below.

The discrimination charges are related to the treatment of the two younger children, as the boys’ mother, Juanita Ligon, filed a complaint with the MDCR on their behalf. No one filed a complaint for the 17-year-old.

The MDCR is alleging GRPD discriminated against each of the 11-year-olds on the basis of both race and sex, prompting four charges in total.

The evening of Aug. 26, 2018 police were responding to a report of two or more Black youths walking around with a gun on the city’s Southeast Side in the area of ​​Alto Avenue SE and Griggs Street SE.

Johnson said the 911 caller “repeatedly” identified the weapon as a toy gun, but police officials at the time said it was identified to them as a handgun.

The 911 caller told dispatchers she was “sure it’s not a gun,” according to the MDCR’s court filing. That filing also states that two officers were dispatched with information that one of the youths was “possibly carrying a toy gun, not sure.”

“It is important to note that, No. 1, there was no initial crime reported; there’s nothing illegal about two children walking near train tracks with what the 911 caller identified repeatedly as a toy gun,” Johnson said.

The boys were stopped shortly after the dispatch call about half a mile away, with two of the boys matching the partial description received by officers of one wearing a red shirt and another wearing a black shirt, then police chief David Rahinsky previously said.

Despite their compliance, Johnson said, the boys were held at gunpoint by officers. And after officers found no gun or illegal items, they continued to detain and question the youths, he said.

Johnson said officers detained and questioned the boys for around 20 minutes before contacting a parent or guardian. He said the younger boys had identified their age and provided contact information for a parent.

At the time of the incident, the former police chief defended his officers’ actions, saying they worked to quickly de-escalate the situation and used the “most reasonable and least restrictive measures consistent with public safety.”

“When the allegation is someone has a firearm, the response has to be appropriate,” Rahinsky said at the time. “Once officers learned that’s not the case, the youths are un-handcuffed within a minute, their grandfather is contacted, and I think the conversation that ensures shows the officer’s compassion in explaining what happened and why.”

That judge would then make a recommendation to the Michigan Civil Rights Commission, which would make a final determination. The determination could include monetary penalties and procedure changes to prevent discrimination.

Hearing dates for the latest charges against GRPD have not yet been set.

The MDCR in May 2019 announced it had opened an investigation into the GRPD pertaining to individual discrimination complaints against the department as well as whether police has engaged in a pattern of racial discrimination.

It wasn’t until July 2022 that the MDCR announced its first charges of individual discrimination against the police department.

Frequent use of digital devices to soothe young children may backfire, study finds

Revenge travel filled up Michigan hotels. How long will pent up demand last?