A journey of Latin American cuisine through Lansing, from Huaraches to Pollo Saltado

Latin American cuisine represents many cultures and perspectives. From the southernmost part of North America in Mexico to the mountainous peaks of South America in Argentina, the food in these places is as diverse as the changing climate and terrain.

To learn more about how this unique diversity is represented in Mid-Michigan, I visited a few Latin American restaurants in Lansing.

La Fajita is south of Lansing, on Martin Luther King Jr. Boulevard. The food truck is in the parking lot of the MLK Plaza next to the Liquor King.

La Fajitas owner Eva Gonzalez builds a Mexican huarache. She said the dish was one of her most frequently ordered items.

“We like to freshen up our huaraches. It’s going to be a steak huarache, “said Eva Gonzalez.

“So she makes a traditional ‘huarache’, which is made from the corn masa – today she makes it from steak,” explained Gonzalez ‘daughter Cindy Espinosa-Gonzalez.

Huaraches are a dish from Michoacán state, west of Mexico City, where her family is from.

“Huaraches are basically a long, oval-shaped masa base that is deep fried and then grilled with meat and the ingredients on top,” added Espinosa-Gonzalez.

She bought the food truck that houses La Fajita almost three years ago. She has always loved cooking and said her late mother was her first teacher in the kitchen. She started crying when she remembered her.

“I’ve always enjoyed cooking. It reminds me of happy memories of my mother and me. She taught me to cook,” said Gonzalez.

“The passion for cooking started when she was younger. She basically took my grandma’s original recipes and made them her own, “added Espinosa-Gonzalez.

She is in La Fajita six days a week helping her mother run the food truck.

“A lot of people don’t take someone with a heavy accent seriously, and it was hard to hear their voice in any way. So it was a dream of mine to move them forward and help make their dreams come true, as well as mine, “said Espinosa-Gonzalez. 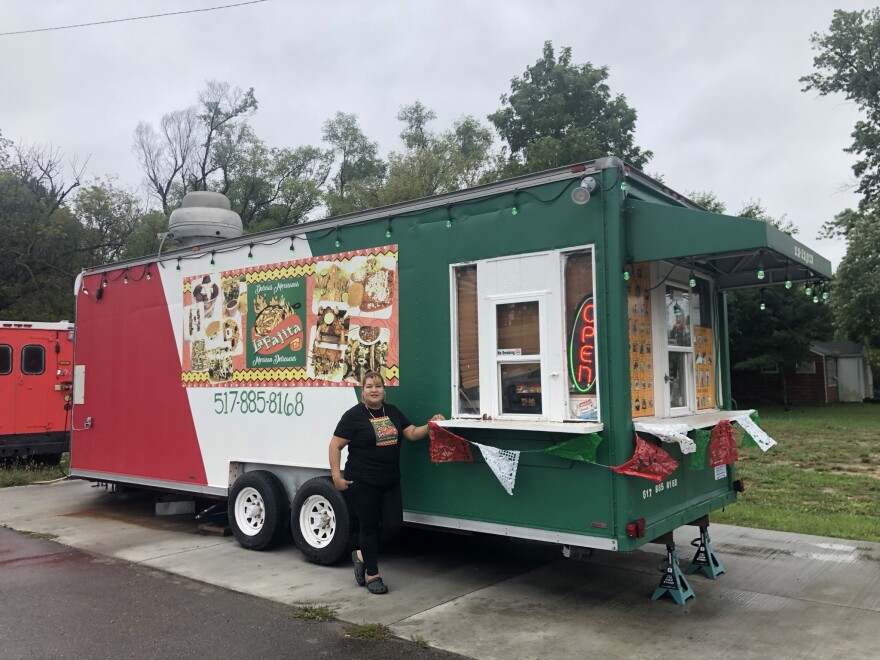 When Gonzalez first moved to Lansing 21 years ago, she started working in a factory, but keeping a job wasn’t always easy.

“I always wanted to get ahead, but people treated me badly because I’m Latina and an immigrant. It was tough, but it made me stronger,” she added.

What Espinosa-Gonzalez said that sets La Fajita apart from other Mexican places in town is the authentic taste of home that her mother rings with her burritos, fajitas, huaraches and gorditas.

“She believes that when people try her food, people get addicted immediately,” she explained.

Next on the tour, on the east side of town, is Tantay. The restaurant is located in the Accelerator Kitchen of the Allen Neighborhood Center. 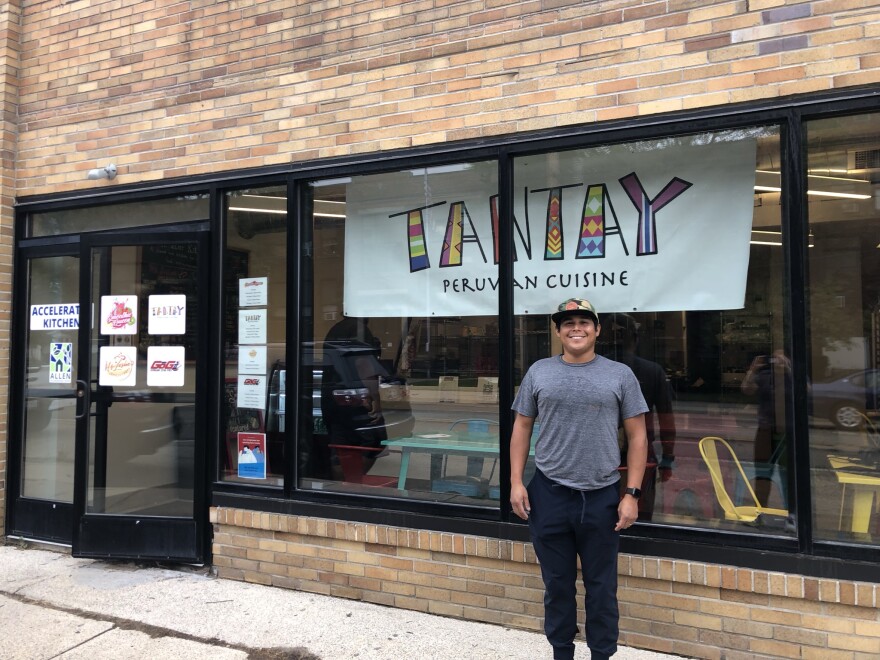 Jose Aste stands in front of his Tantay restaurant.

Jose Aste is the owner. He says this is the only Peruvian restaurant in the Mid-Michigan area.

The most popular dish here is Aji De Gallina, or Peruvian Spicy Cream Chicken. He said he learned how to make the sauce from his mother. 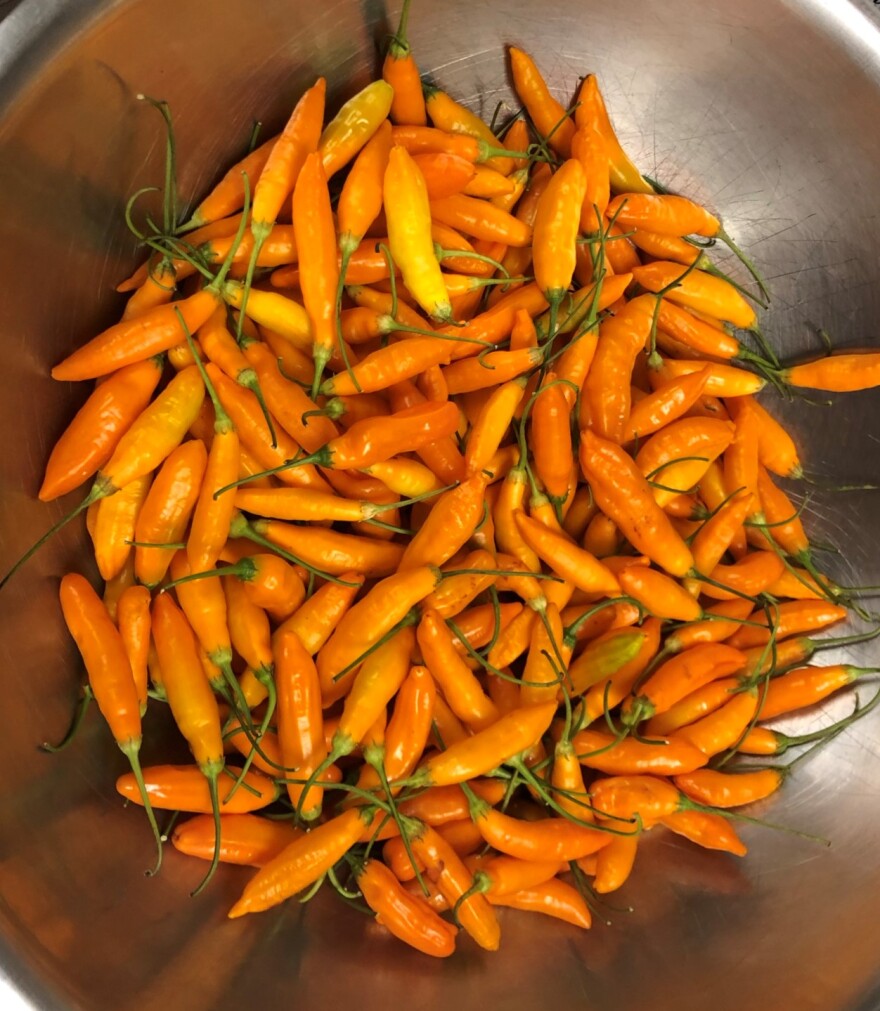 “We use a little bread. We use some milk there. We make our saute that contains our ‘Aji Amarillo’. And when it’s all done, put it all in a blender for that really nice flavorful, creamy sauce, “he added.

Every dish in Tantay is prepared with Aji Amarillos, yellow Peruvian peppers.

When Aste first opened Tantay, he bought the peppers frozen at a Detroit grocery store, but now he’s working with Morgan Doherty of Lansing to grow them around town.

“Morgan and I work together. We’ve worked together, especially for the past two months. But they have a farm in Fenner and grow Peruvian peppers in Lansing. Exactly here! So that’s amazing, “he said. 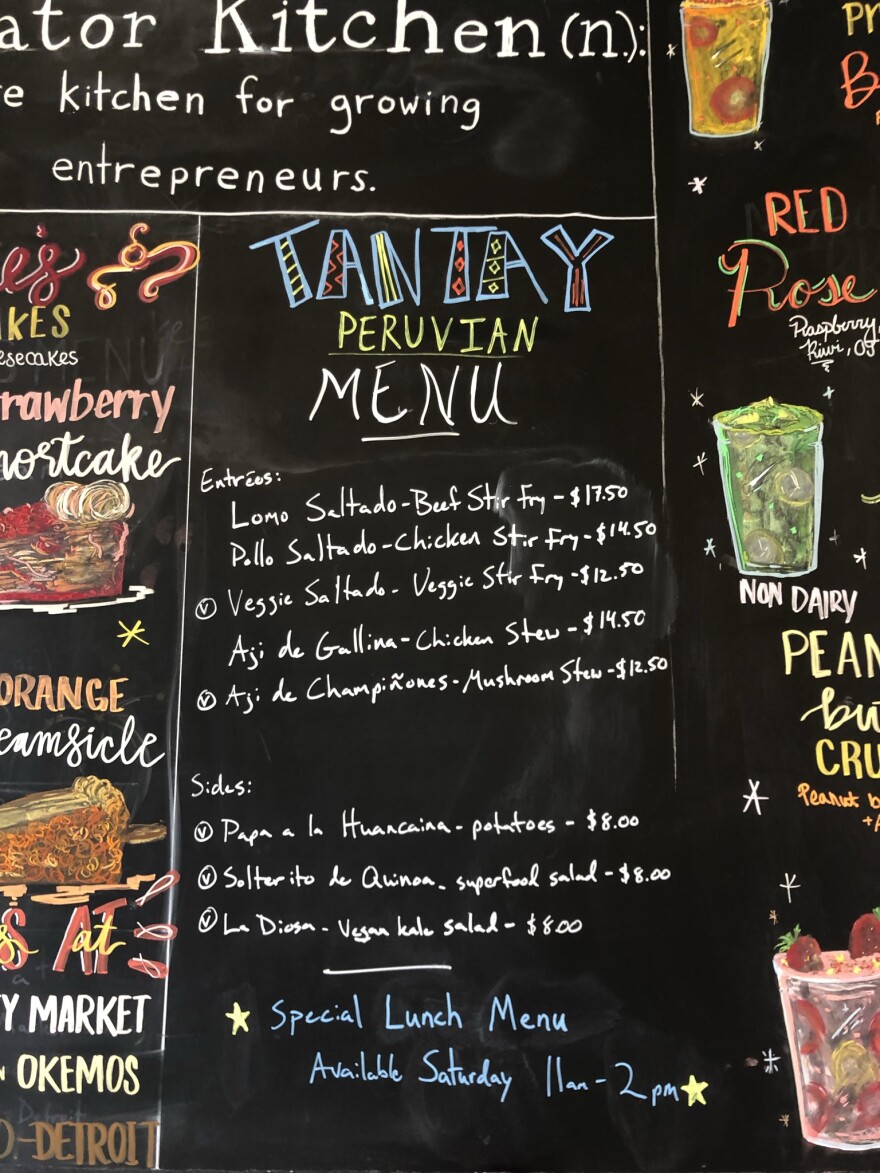 At Tantay, everything farm-to-table is brought to the table, from the microgreens he uses to decorate Peruvian potato salad to the peppers in Aste’s favorite dish – pollo saltado or jumping chicken.

It is a meal that incorporates elements from the food of the Chinese immigrants who came to Peru in the early 19th century.

“So we cook it in a wok, a large wok, over high heat, that’s why it’s called“ saltado ”or“ jumping ”. So it’s like jumping chicken – Pollo Saltado. Because the idea is that while cooking, it shouldn’t take more than five minutes to cook that part, “Aste said.

For Aste, Peruvian cuisine is not just about cooking or authentic ingredients, but about bringing people together. Something he missed during the pandemic, he says.

“I really really love people. I really care about people and I go back to that experience growing up cooking with my parents and how everyone in the kitchen has so much fun talking. It was all about a kitchen so I really want to create that, like an atmosphere that is inclusive and all of that, ”he said.

The last stop on our trip is the Mexican restaurant in Pablo’s old town. It is one of the oldest Latin American restaurants in Lansing. The cozy house has been at home in its neighborhood for 16 years. 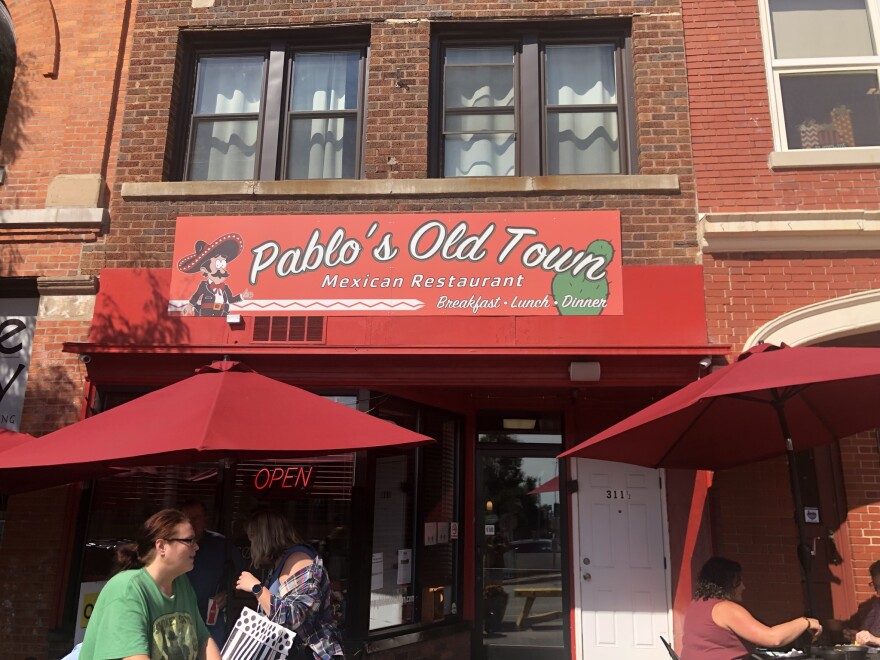 Its namesake, Pablo Maldonado Chavez, sits at one of the few booths on the walls.

Maldonado Chavez said before opening Pablo’s he was a truck driver during the week and a Mexican pastry chef at the weekends.

“So when I get home on the weekend, I call all my friends and invite them to buy pancakes. So the idea started when I saw that people were getting interested in more “pan” every day. They call me every time to ask about pan dulce, “said Maldonado Chavez.

The community’s interest in the bread he baked at home drove him to quit his trucking job and start a bakery.

While Maldonado Chavez started out with a menu that included traditional American dishes like bagels, he quickly found that customers preferred the Mexican dishes that he also offered. Gorditas are the most frequently ordered dish at Pablo’s.

“Gorditas are handmade tortillas filled with meat, cheese and fried beans. It’s like a bag. A bag of corn sandwich, “he explained.

And what makes it uniquely Mexican? He said it was his wife’s prescriptions. It is based on traditional dishes from the Mexican state of Puebla.

“We have a mole. Mole is originally from Puebla, which is where I come from. She makes the mole. She makes the tamales, and she makes the sauces, the salts and probably pretty much everything else, she has the recipe for everything, “explained Maldonado Chavez. 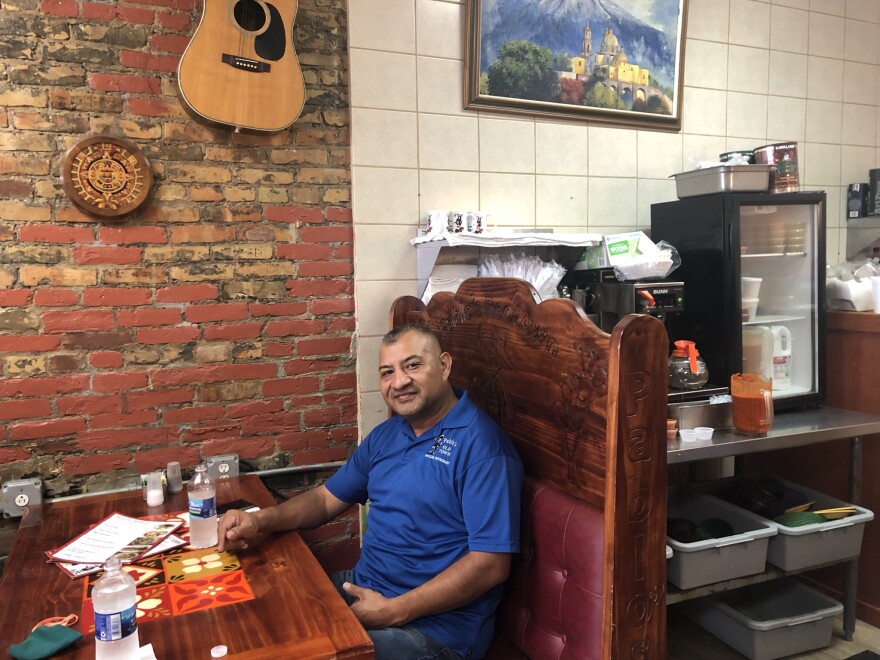 At Pablo, expect to be treated like a friend. Maldonado Chavez said this is what makes his customers come back.

“If someone comes here as a customer, I won’t let them go as a customer. I let him go back as a friend. It’s the attitude we take to the customer, “he added.

It’s a feeling these restaurant owners all have in common; her love for local flavors and the desire to share it with her community here in Lansing.

KDOC, KBI is investigating the death of a Lansing inmate believed to be unrelated to…

Race for Mayor of Lansing: Schor outperforms Dunbar 7-1 ahead of the November…