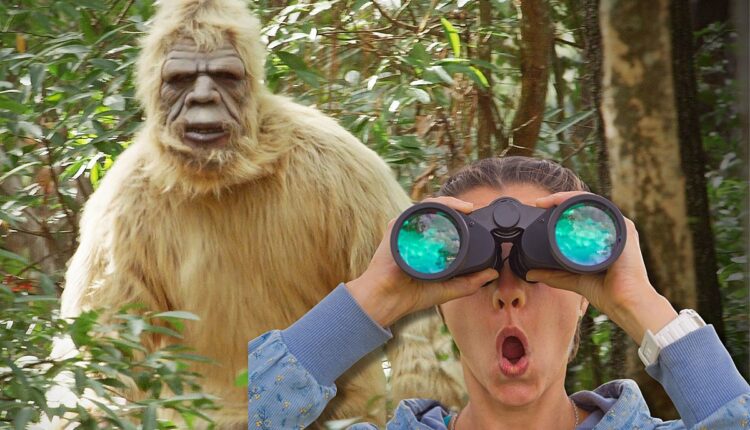 A Yeti is loose in Grand Rapids. Everybody screams!

Ahhh! Got ya neck!

According to Indian Express,

“The term Yeti comes from the Nepali dictionary and means ‘abominable snowman’. It is also called Meh-Teh in Tibetan folklore. According to urban legends, Yeti is a two-legged white, shaggy ape-like animal and is described to be 10-20 feet tall. The footsteps found by the Army had measured 32×15 inches, clearly suggesting that they did not belong to a human.”

Now that you know what a Yeti is. You can easily find one.

The City of Kentwood Parks and Recreation Department is warning the public about a Yeti being on the loose in the area!

Grab your friends, families, and little kiddies to find the hairy beast.

From 5:30 PM to 7:30 PM, you can turn yourself into a master hunter and try to find the mysterious Yeti beast.

“Rumor has it the Yeti has been spotted once again! This time he’s been seen at East Paris Nature Park. Kids and families are invited to join us for our Flashlight Yeti Hunt 3.0 on Friday, January 27. Grab a flashlight and search for clues along a 0.75 – 1 mile walking path and see if you can find the Yeti!”

It only costs $7.00 per family to become your very own Scooby-Doo agency.

Also, you do not have to live in Kentwood in order to join the event.

Here’s some ideas for a quick getaway if you’re looking to do something with the family.