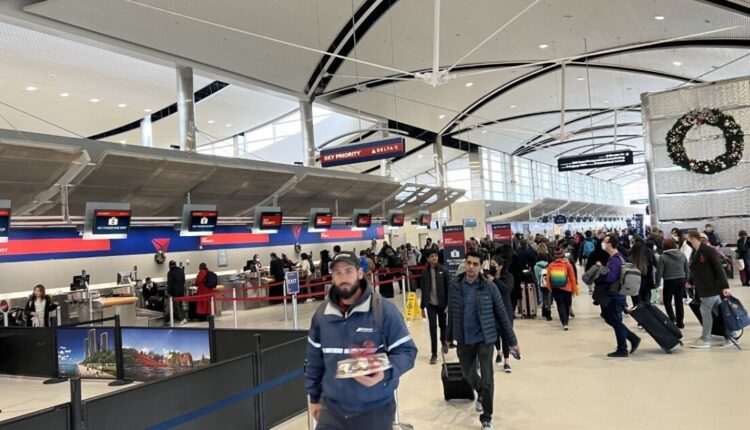 “I walked into the terminal, and I even thought, ‘I am going back to move it somewhere else where it’s not so visible.’ Had I trusted those instincts maybe it wouldn’t have gotten stolen,” Eric Thomas, former owner of a 2017 Jeep SRT said.

Eric and Brian have very similar stories. They both were on business trips traveling for no more than 48 hours and upon return, both men were in shock when their parking spaces were empty.

“In less than 24 hours. We’re coming back from New York and our car is gone,” Brian says.

“I went up and down a level and didn’t find it,” Eric adds.

According to data from the Detroit Metro Airport Authority, vehicle thefts are up nearly 900% from 2021 to 2022.

The most popular model stoles in 2022 were:

In the Big Blue Deck, there are no cameras anywhere. In the McNamara Terminal Parking Garage, 7 Action News found one camera pointed toward a maintenance garage.

Both Brian and Eric say they filed reports with police. Police were able to find Eric’s Jeep and Brian found his own on Facebook marketplace. He says his 2021 Jeep Track Hawk engine was up for sale for $10,000 along with other parts.

“You could tell instantly. Just the engine was set up on blocks taken out with zero care,” he said.

Eric’s 2017 Jeep SRT had thousands of dollars in damage and was found in a Detroit police impound lot. It was out of gas and reeked of marijuana Eric said.

“It was found abandoned in Detroit on Montclair Street.”

In a statement, DTW says, “it is well known that auto thefts are surging in the surrounding areas and across the state. At Detroit Metropolitan Wayne County Airport, we operate one of the largest parking areas in the world totaling more than 18,000 on- airport parking spaces.The McNamara Terminal Parking Deck by itself is the third-largest single deck in the world, which sits ahead of the Disney World, Magic Kingdom and Epcot Lots combined.Typically, more than a million vehicles park at DTW each year; 29 were stolen in 2022 and three in 2021. We are aware there is a sharp increase in the thefts of one vehicle make in particular and have engaged the manufacturer to seek technical assistance.

The security of every vehicle at DTW remains a priority. In response to the recent thefts, our Airport Authority Police Department and Security teams have added patrols to ensure 24-hour coverage in the Big Blue Deck and the McNamara Terminal Parking Deck. We are actively exploring installation of additional cameras and other technology to enhance security, as well as pursuing additional investigative and enforcement methods.

Suspects have been arrested who are connected to thefts at Detroit Metropolitan Airport. Our police department continues to work with several law enforcement agencies to address stolen vehicles not only at DTW, but across Michigan.”

What Older Americans Need to Know About Taking Paxlovid