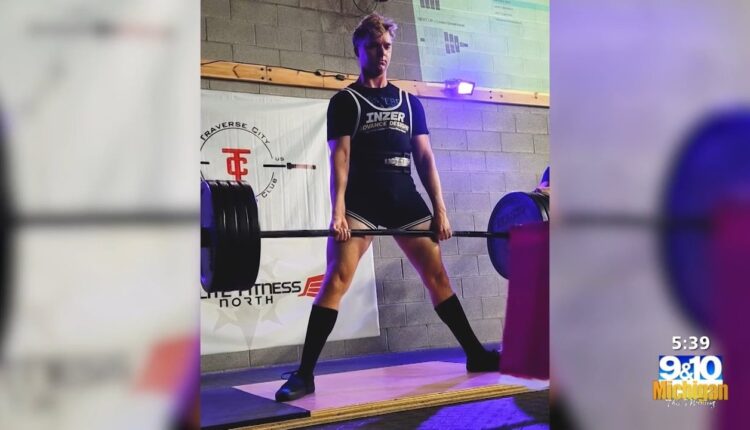 Traverse City Powerlifting Club Building a Community While Getting Stronger

But what keeps this club strong is the community that’s been built inside.

“Powerlifting, I think, really pushes you and gets you out of your comfort zone,” said David Zalucha, Owner of Traverse City Powerlifting Club.

“Not t only does powerlifting help you gain strength and power, but all the other accessories that we do, such as shoulder presses and things of that nature, can actually help with how you stand and support yourselves, even injuries,” explained Zalucha.

“I think it was my very first powerlifting meets. I saw a couple of athletes actually competing, and they had their entire team there,” Zalucha quickly dawned on me, this is not an individualized sport. This is much bigger than that. It’s a big community aspect to it. They were all supporting each other, encouraging each other.”

This pushed Zalucha to create his team, getting people like Norman Leflore to join.

I tore my ACL, MCL and lateral meniscus in my left leg and I was so distressed and didn’t know what to do,” explained Norman Lefore, Coach at Traverse City Powerlifting Club. “Dave saw that, and he said, hey, you’re going to come in and try to do powerlifting. I think you’re going to love it. I haven’t left since.”

Leflore is now a coach for the club, doing for others what Zalucha did for him.

“A lot of people have insecurities about being in the gym. So knowing that you’re going there to be with a team that’s going to support you no matter how you look or what you lift or how you move or what you look like, there’s no better feeling to be accepted,” said Leflore.

There’s also a competitive side to powerlifting. The club is hosting Battle in the Blizzard at the end of February.

The club is also working on getting a program going for Special Olympics.

For more information on Traverse City Powerlifting Club, you can email [email protected]