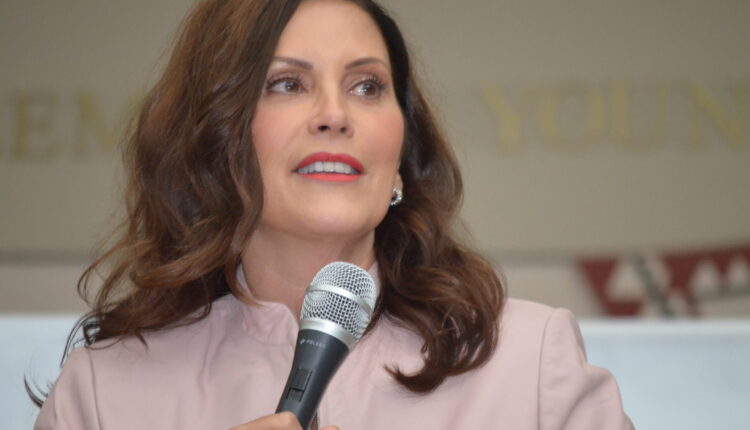 Three suspects charged with supporting a plot that sought to kidnap and assassinate Michigan Gov. Gretchen Whitmer have been convicted on all charges.

A Jackson County jury rendered the verdicts Wednesday morning against Joe Morrison, 28, Pete Musico, 44, and Paul Bellar, 24, finding them guilty of providing “material support” for a terrorist act. They were also convicted of felony firearms and membership in a gang.

That “gang,” according to prosecutors, was a paramilitary group known as the Wolverine Watchmen, which they described as a criminal enterprise that trained to attack Whitmer’s northern Michigan vacation home, open fire on her security detail and then kidnap her.

Wednesday’s verdicts bring to five the number of men convicted in the plot, with two others, Adam Fox, 39, and Barry Croft Jr., 46, previously being found guilty in federal court. An initial trial found two others not guilty.

Two other defendants, Ty Garbin and Kaleb Franks, earlier pleaded guilty as part of a deal to testify for prosecutors. Garbin was sentenced to 2 1/2 years in prison. Franks was ordered to serve four years.

Testimony during the trial indicated the defendants held several practice raids in rural Jackson County alongside Fox, who targeted Whitmer in retaliation for her COVID-19 restrictions early on in the pandemic.

Jurors also were presented evidence that the plotters sought to start a civil war that would create chaos in the days leading up to the 2020 general election.

Defense attorneys argued that the three men had broken away from Fox prior to the plot taking shape and noted they were not among those who traveled to northern Michigan to scout Whitmer’s vacation home nor did they take part in a training session inside a “shoot house” located on property Garbin owned in Lake County.

They also attacked one of the undercover informants used by the FBI, Army veteran Dan Chappel, who said he had joined the group to maintain his firearm skills, but then went to authorities after discussion among the group turned to making plans for attacking police.

“Today’s guilty verdicts are further proof that violence and threats have no place in our politics,” said Whitmer. “Those who seek to sow discord by pursuing violent plots will be held accountable under the law.”

“This trial is another stark reminder that we must take an honest look at the state of our politics. Politically motivated plots, threats, and violence are increasingly common against public officials as well as everyday citizens. They are the logical, disturbing extension of radicalization, hatred, and conspiratorial thinking that festers in America, threatening the foundation of our republic.

“I love Michigan. I always will. I will not let anyone get in the way of the work we do. No threat, no plot, no rhetoric will break my belief in the goodness and decency of our people.”

This story is developing and will be updated.