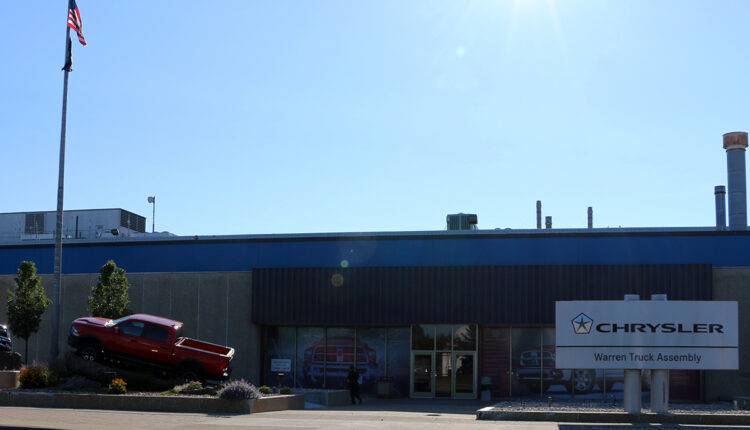 After reducing emissions at its truck plant in Warren, Stellantis has received four air quality violations in the past year at the Macomb County facility from state environmental regulators.

In 2019, Stellantis told the Michigan Department of Energy, Great Lakes, and Energy in a permit application that it would cut emissions by at least 10% in order to expand its plant in Detroit. The site wasn’t allowed to add emissions to the area because of its nonattainment status for ozone. But since 2021, the Warren plant has received four violations, while Detroit’s facility has received six amid complaints from nearby residents over new and worsened health issues.

The first violation at the Mound Road plant was issued on Nov. 1, 2021, for failing to capture volatile organic compounds emissions, a pollutant created during industrial processes. New research suggests the pollutant may be associated with preterm and adverse birth outcomes, among other health impacts. The subsequent three violations, including the latest, issued on Oct. 21, were for failure to limit particulate matter air emissions.

Particulate matter air pollution has been linked to aggravated respiratory issues, heart attacks and irregularities, and premature death in people with heart or lung disease, according to the Environmental Protection Agency. In a 2022 report from the American Lung Association, Wayne County received an “F” grade for particulate matter air pollution and ozone, with researchers finding that the issue affects people of color disproportionately. In comparison, Macomb County received an “A” for particulate pollution and an “F” for ozone.

Despite the violations, Jill Greenberg, spokesperson for EGLE, said that the state’s air quality department is “confident” that necessary cuts in emissions at the Warren plant have been made.

“The offsets were achieved by shutting down equipment, as well as adding control devices on existing coating lines. The AQD (air quality division) has verified that the necessary equipment shutdowns have occurred, and stack testing has shown that the control devices are operating properly,” Greenberg wrote in an email.

Stuart Batterman, an environmental health and science professor at the University of Michigan, said more monitoring and testing is needed at the Warren facility to understand its emissions given the many release points at the large assembly plant.

Batterman said the emissions could cause “a localized impact” but also noted that Warren and the Southeast Michigan region have many sources of particulate matter, and it can be difficult to identify the specific impacts and exposures from the permit exceedance. If the one or two exceedances are promptly corrected, he said, there likely wouldn’t be an impact on the health of nearby residents, but there could be if the exceedances continue over many days.

Although the region meets PM 2.5 federal air quality standards, Batterman said, “PM 2.5 causes significant health impacts, even at levels below the current U.S. standard, so we want to ensure that the emission controls work properly.”

Stellantis was unable to immediately provide BridgeDetroit with a comment. The company has 21 days from the date of the violation notice to submit a response to the state.

Greenberg told BridgeDetroit that Stellantis’ Warren plant violations will be wrapped into a consent order proposed in September for violations the company received at its Detroit plant.

The consent order would require the company to fix the problems causing the violations, pay $62,863 to the State of Michigan General Fund, and invest $212,000 into environmental projects in Detroit.

For the last month, the state gathered public comments on the proposed order. At an October public hearing, residents voiced concerns about the lack of a concrete timeline for pollution controls to be added to the Detroit facility and questioned the relevance of the environmental projects proposed by the automaker to benefit neighbors.

In the next few months the state will finalize the proposed consent order and once signed, the order will be a legally binding contract.

Rhonda Theus is a resident within a few blocks of the Detroit facility and member of the Neighborhood Advisory Council, which works with Stellantis on community benefits for the neighborhood, said the council has struggled to get the company to adhere to the city’s ordinance requiring those quality of life guarantees.

Theus said the violations at Detroit’s facility have been “egregious,” and the issues at the Warren site is a “sign of a bigger problem.” But combining the consent orders for Stellantis’ violations in Detroit and Warren would be “downplaying the impact of this for the Black residents in the neighborhood.”

“Those are two separate plants with two sets of issues, so they can be dealt with independently,” she said.

authored by
First published at https%3A%2F%2Fwww.bridgedetroit.com%2Fstellantis-gets-new-emissions-violation-for-warren-plant%2F