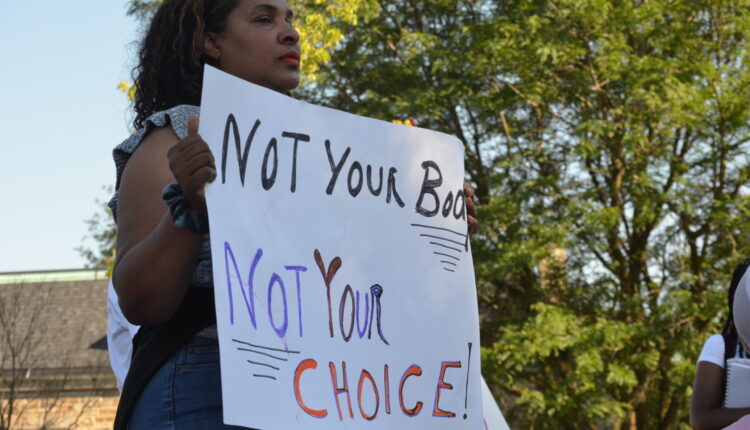 A new study shows that there are direct correlations between a state’s economy and whether residents have access to abortion. And Michigan is, on average, faring better than states that have abortion bans in place.

The Washington, D.C.-based Economic Policy Institute study, published Wednesday, found that “the states enacting abortion bans are the same ones that are economically disempowering workers through other channels,” according to the report authors.

Michigan, and the 23 other states with abortion protections, on average have higher minimum wages, higher unionization levels, more of their unemployed residents receiving unemployment insurance, higher rates of medicaid expansion and lower incarceration rates than states with abortion restrictions or total bans.

Of the states that have abortion protections, Michigan does rank lower in some categories, like minimum wage. Michigan’s 2022 minimum wage, $9.87, which is the dataset used in the study, was only higher than three other abortion-protected states — Montana, New Hampshire and Pennsylvania.

“Years of research and experience have shown that reproductive health, autonomy and safe and legal access to abortion is directly linked to economic empowerment, so it’s not surprising that states that protect reproductive freedoms are less likely to disempower workers in other ways, as well,” said Paula Thornton-Greear, the president and CEO of Planned Parenthood of Michigan.

After the U.S. Supreme Court overturned Roe v. Wade in June, abortion access had been temporarily protected in Michigan by a flurry of legal action and preliminary injunctions blocking enforcement of the state’s 1931 abortion ban. On Nov. 8, voters passed Proposal 3, which codifies the right to abortion and other reproductive health care, by a 13-point margin with 57% of the vote. Democratic lawmakers this month introduced a bill to repeal the now-moot 1931 abortion ban, which will likely pass.

The EPI study also shows that Michigan’s estimated abortion rate has increased by 8% between April and August.

“We also know that legal and accessible are not the same thing. If we want to help people thrive, we need to keep working to break down barriers to care and to pursuing health equity. Because without meaningful access to essential, life-affirming health care, economic stability will remain out of reach for far too many,” said Thornton-Greear.

The AFL-CIO, the largest union federation in the nation tweeted about the study with the comment: “Reproductive rights are economic rights.”

Reproductive rights are economic rights. Pass it on. #1u https://t.co/pzXOTzxA5B

The study looked at how abortion access impacts marginalized groups, especially for Black women. According to the study, Black women made up the largest share of abortions in 2019 at 38.4%.

“When we allow people to make their own decisions about if, when, and how to have children, we give them the power to shape their own futures. This is especially important for communities that already face disproportionate barriers to success, such as systemic racism,” Thornton-Greear said.