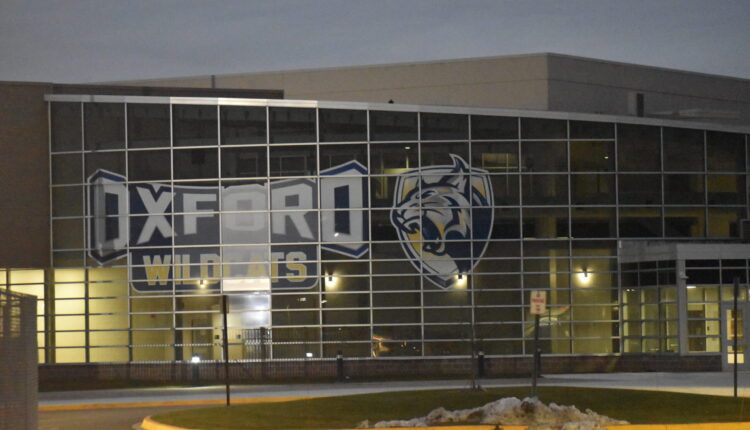 Last month, a community right here in Michigan was devastated by a mass shooting that took place at a school.

I wish I could say the Oxford High School shooting was an isolated incident, but as we’ve all observed over the past two decades, school shootings have become an all-too-common occurrence. We cannot bring back those whose lives have been taken — from Columbine to Sandy Hook to Oxford. But with proper legislation, we can prevent future tragedies and make our schools, and all community spaces, safer.

We need urgent action to address this public health crisis from all angles, starting with the glaring problem that no child should have access to a firearm in the first place. In the majority of cases, school shooters have gotten the gun they used from their own home or the home of a friend or relative, pointing to a critical lack of safety precautions on the part of the owner.

These tragedies are preventable and gun owners, especially those who live with kids, have an obligation to lock up firearms and keep them unloaded. Our lawmakers must work to pass child access prevention laws, which would hold gun owners accountable for failure to properly store their firearms. In addition to reducing the risk of mass shootings in schools, these laws would also help prevent gun-related suicides and accidents involving children.

While the corporate gunmakers will tell you otherwise, most gun owners in the U.S. support common-sense reforms to strengthen our gun laws and prevent violence in our communities. It’s time to stop. It’s time to stop the lies of gun lobbyists and protect our families with gun violence prevention reforms most people — including gun owners — support.

Here in Michigan, Democratic lawmakers are stepping up, introducing a package of bills designed to curb gun violence and make our communities safer. In addition to safe storage requirements, the bills in this package include long-overdue reforms like requiring background checks for all gun purchases, limiting magazine capacity to ten rounds, banning guns in the Michigan Capitol, and empowering local governments to enact their own gun violence prevention rules. The package also includes bills that would protect survivors of domestic violence by ensuring domestic abusers cannot purchase firearms.

Edwin Rodriguez writes the names of the victims of the Pulse Nightclub shooting at the front of the nightclub building on June 21, 2016 in Orlando, Florida. | Gerardo Mora/Getty Images

Passing this bill package is the best way for state legislators to make an immediate impact on the gun violence epidemic. We appreciate the Democratic caucus leading the way, and we urge Republican lawmakers to work alongside them and pass these crucial reforms. In addition to this bill package, we encourage lawmakers to consider further measures such as banning the sale of weapons of war. At the federal level, it is imperative that Congress work to hold the gun industry accountable for violent crimes committed with their products.

While curbing unwarranted access to firearms is the most obvious, and arguably the most pressing concern, there’s more we can do to prevent violence in our schools. We have long believed that social and emotional learning is a crucial part of education, and the increased mental health strain caused by the ongoing COVID-19 pandemic just makes that need more urgent.

From teaching students how to appropriately deal with conflict and process negative emotions to supporting those who struggle with the trauma and fear inflicted by gun violence, our schools must take a well-rounded approach to meeting kids’ emotional needs. We can accomplish this both by employing evidence-based social and emotional learning curricula in our classrooms and by ensuring all schools have the funding they need to provide quality mental health counseling to struggling students.

But let me be clear: Unlike those who carry water for the radical gun lobby, who present mental health funding as something we should do instead of reforming our gun laws, I firmly believe that we can and must do both. AFT Michigan has long advocated for better mental health services and programs designed to meet students’ emotional needs, but no amount of mental health funding is an appropriate substitute for reforms to our gun laws.

The epidemic of gun violence we face is a complicated problem and fighting back against the gun lobby will be an uphill battle — but this is a fight we can’t afford to lose. There are legislators who have prioritized NRA cash over human lives for far too long, and it’s on us to hold them accountable and push for the changes we need.

Witnessing tragedies one after the other is heartbreaking and discouraging, but it doesn’t have to be this way — and we owe it to our kids to fight for a better, safer future.

Love in Lansing honors the animals we care about

Layer up for a frigid Saturday afternoon