Review of the bombing of the CIA office in Ann Arbor. 1968

ANN ARBOR, MI – It was on a Sunday evening in September 1968 when a dynamite bomb exploded outside the Central Intelligence Agency office in Ann Arbor, blowing up the glass front, leaving the place a wreck.

The mysterious bombing of 450 S. Main St. left furniture overturned inside, bent a steel door frame, torn out window curtains and a hole in the sidewalk.

It was loud enough to wake Police Chief Walter Krasny, who was sleeping at home more than three kilometers away.

The FBI hired a bomb squad and opened an investigation that eventually led to charges against a trio of White Panthers, an interstate manhunt, illegal wiretapping charges, a US Supreme Court ruling, a counterclaim, and eventual dismissal.

Some also theorize that the incident could be tangentially linked to the Watergate scandal that brought down US President Richard Nixon – but more on that later.

The night of the explosion

It was 53 years ago, on September 29, 1968, when the bomb shattered the glass fronts of six offices in the two-story building on the northwest corner of Jefferson and Main Streets where an unmarked CIA office was located on the first floor.

Ann Arbor firefighters heard the explosion and responded along with police around 11:30 p.m.

Krasny, who called FBI agents, said preliminary findings suggested the bomb was made from four to six sticks of dynamite and there appeared to be no incendiary material as there was no fire. Gas lines were at the back of the building, away from the blasting area, and did not break.

“The force of the explosion blasted a four-inch hole in the sidewalk in front of the CIA office, overturned a desk and chair in the office, and sent shards of glass more than 30 meters from the building,” the Ann Arbor News reporter wrote , William Treml At the same time, other shops inside and near the building were also damaged.

“The impact also shattered windows in the Secretary of State at 444 S. Main St., the windshield of a nearby car parked, and three windows at the Michigan Glass Co. facility at 502 S. Main St.,” Treml reported .

The streets around the CIA office were relatively deserted at the time of the explosion and the building was empty so no one was injured. Krasny suspected a link to similar bombings in Detroit.

“A total of six such explosions have occurred in Detroit since August 30, and all of the bombings involved state or municipal property,” The News reported. “One of the explosions was aimed at a military recruiter’s car and another near a Detroit Police Department scout vehicle.”

John Forrester, the CIA agent in charge of the Ann Arbor office, said the office was used to recruit CIA staff from the University of Michigan and Michigan State University.

More than a year later, in October 1969, three members of the White Panthers left activist group – Lawrence “Pun” Plamondon and John Sinclair of Ann Arbor and John Waterhouse Forrest of Detroit – were indicted by a state grand jury.

They were charged with conspiracy to use dynamite to destroy federal property, while Plamondon was separately charged with the actual bombing of the CIA office.

Sinclair, the Ann Arbor poet and activist, who was sentenced to 10 years in prison in 1969 for possession of marijuana, was already behind bars when the charges emerged, but FBI agents searched New Jersey and Michigan for Plamondon, the co-founder of the White Panther Celebrate with Sinclair.

An old Ann Arbor News clip from October 1969 when the FBI was hunting Lawrence “Pun” Plamondon for the September 1968 bombing of the CIA’s Ann Arbor office.Ann Arbor News Archives courtesy of OldNews.AADL.org

Plamondon was last reported in New Jersey, where he was on trial for drug possession, after he was arrested in August 1969 on his way back to Ann Arbor from the Woodstock Music Festival. After months in hiding, the FBI finally put him on the list of the ten most wanted refugees.

Detroit’s David Valler, jailed for narcotics, was also named in the indictment, but as a co-conspirator, not a co-defendant. The previous February, Valler and Forrest were ordered to stand with several other people on trial for plotting to bomb government buildings in Detroit. Valler was also arrested in connection with other bombings in Ann Arbor.

The indictment against the White Panthers for the bombing of the CIA’s Ann Arbor office alleged that there were meetings in 1968 planning the attack, including a September 7th meeting between Sinclair and Valler at a Detroit church and a meeting between Plamondon and Valler a week later in Detroit.

Forrest and Valler reportedly delivered the dynamite to Plamondon on September 24, and five days later Plamondon carried out the bombing, according to the federal government.

“Nothing was mentioned in the indictment or by federal officials to suggest a link between Sinclair, Plamondon or Forrest and two other Ann Arbor bombings,” The News reported. “Less than three weeks after the bombing of the CIA office, a university science building on the north campus was destroyed in an explosion. In addition, the UM ROTC building was damaged last June by a bomb that was placed in an army car in front of the building. “

Plamondon was eventually captured and the case of the bombing of the CIA office in Ann Arbor was tried before US District Judge Damon Keith. During the trial, it was revealed that Nixon’s attorney general, John Mitchell, had authorized FBI agents to wiretap the White Panthers’ headquarters in Ann Arbor without a warrant on the grounds that it was a security matter. 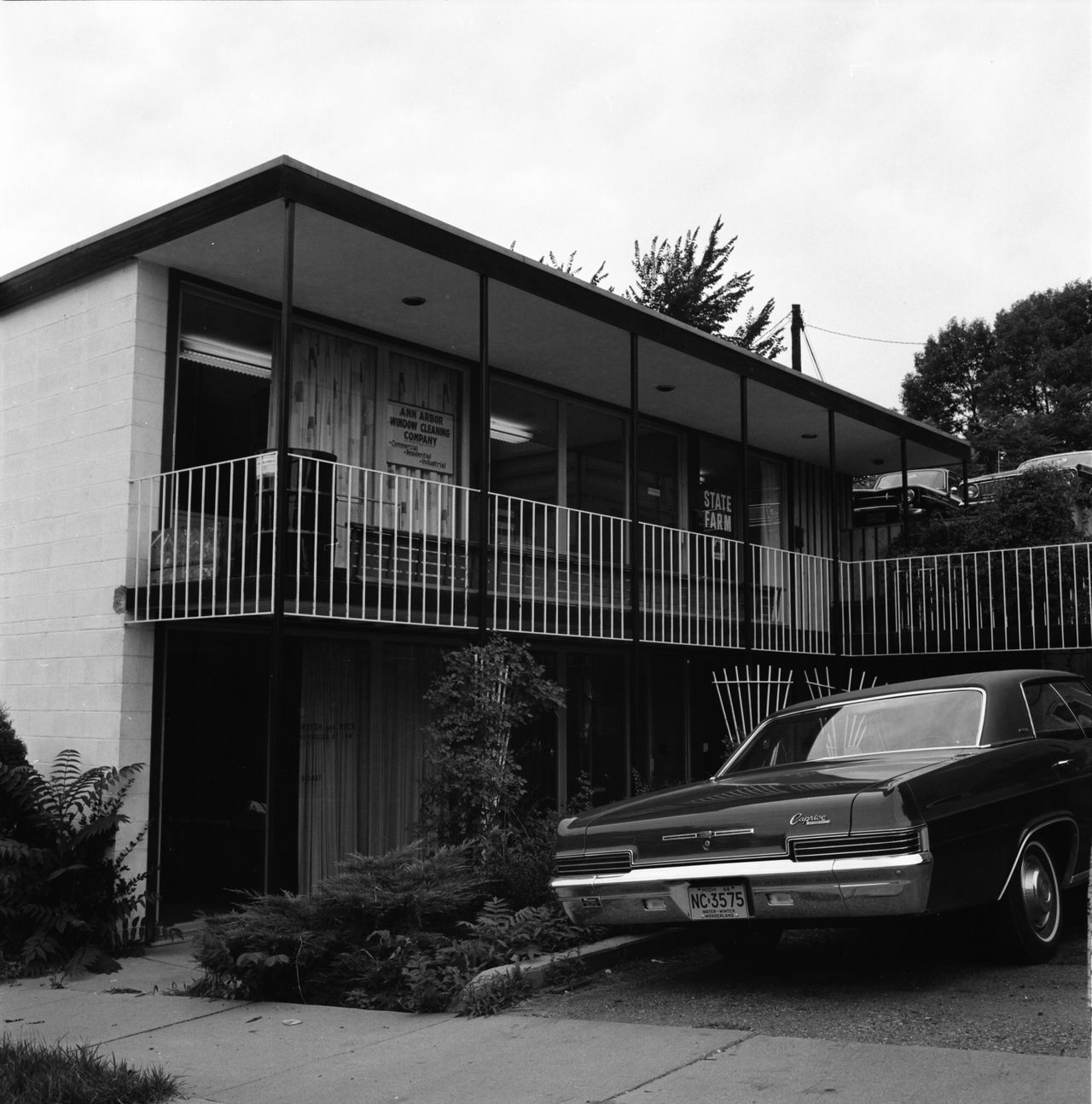 In a unanimous landmark judgment of June 19, 1972, the country’s Supreme Court ruled that government officials must obtain an arrest warrant before using electronic surveillance, even if it is a matter of internal security, as such wiretaps could be used to unlawfully spy on political opponents.

Instead of disclosing the electronic surveillance information in the case, the Justice Department dropped the charges.

“You wouldn’t give the evidence out,” Sinclair recalled in a recent interview.

Sinclair and the White Panthers later sued the federal government, claiming they were victims of illegal wiretapping.

After years of layoffs and appeals, the US 6th District Court of Appeals ruled the lawsuit in 1990, saying the FBI agents had immunity because they did not need court authorization to conduct wiretapping at the time.

53 years later and the Watergate theory

Sinclair still claims that it had nothing to do with the bombing of the 1968 CIA building, which still stands and, ironically, houses a marijuana dispensary.

He believes the person who “sniffed” the FBI into the plot mistook him for someone else.

“I wasn’t a bomber. I was the manager of MC5, ”he said, referring to the proto-punk rock band that jammed Ann Arbor’s West Park in the late 1960s. 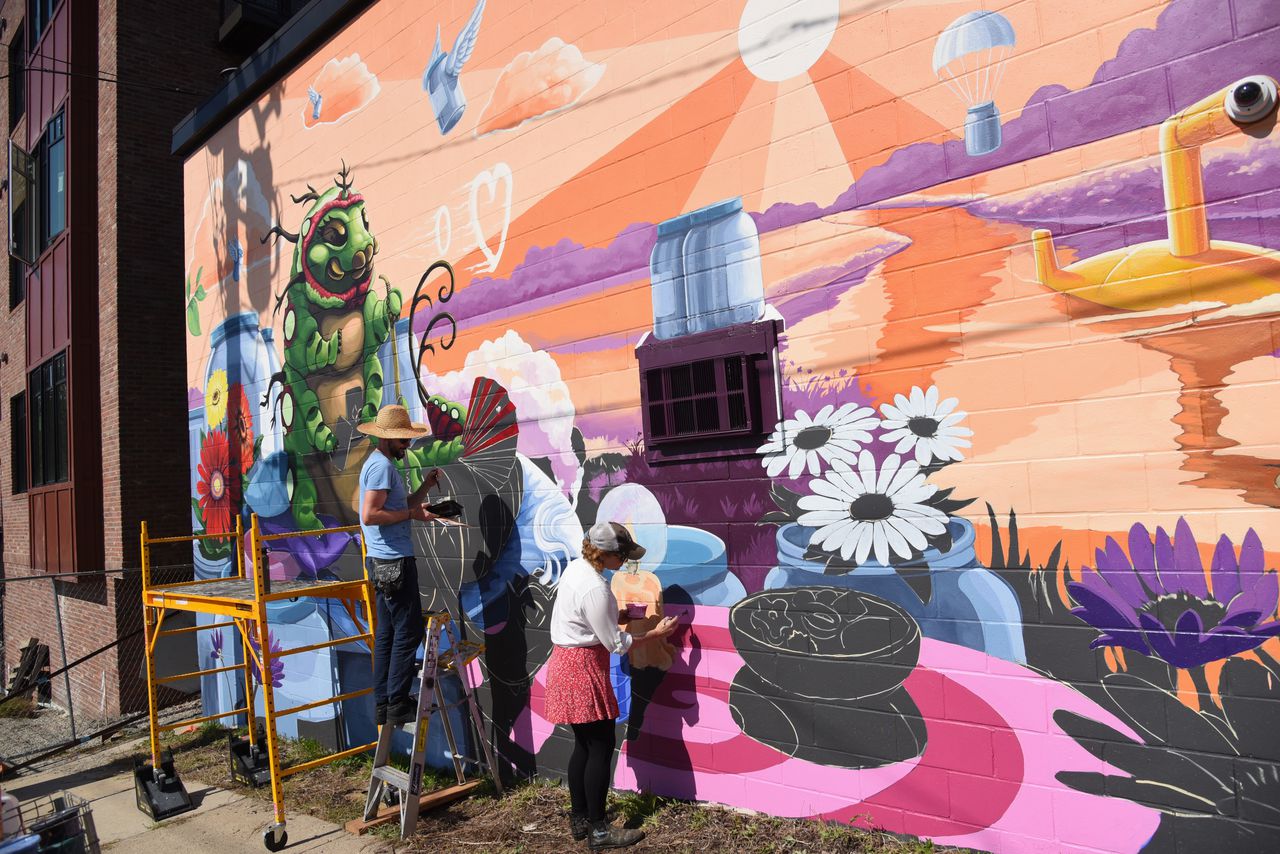 Mary Thiefels and Danijel Matanic of TreeTown Murals are painting a new mural on the side of the former CIA office building that now houses JARS Cannabis at 450 S. Main St. in Ann Arbor on September 27, 2021.Ryan Stanton | The Ann Arbor News

Sinclair, a counterculture icon amid the political turmoil of the era, said he understood the bombing and still believes the case that resulted is significant.

“It’s a big deal because they say we stood behind what happened at Watergate,” he said. “Our case was decided on a Friday afternoon, but they didn’t announce it until Monday.”

The Saturday in between was June 17, 1972, when burglars in connection with Nixon’s re-election campaign were caught breaking into the Democratic National Committee headquarters in the Watergate complex in Washington, DC, where Nixon’s team had been tapping the phones weeks earlier.

Sinclair said his attorneys later theorized that Judge William Rehnquist, who had been Nixon’s assistant attorney general before joining the Supreme Court in January 1972, gave the Nixon administration a warning Friday afternoon about Monday’s pending decision on the case had, and advised them to get rid of them in the meantime from unauthorized wiretapping.

“Because they had to say on Monday they didn’t have any,” Sinclair said. “That was the Saturday they broke into the Watergate to open the tap at the Democratic headquarters.”

But this theory contradicts other reports that the burglars broke into Watergate with a new microphone because the previous eavesdropping devices were not working properly.

In any case, Sinclair said he wanted Nixon out of office and he thought it was a triumph.

“I would like more credit for it,” he joked.

A history of hash bash and marijuana activism in Ann Arbor

100 historical photos of Ann Arbor a century ago