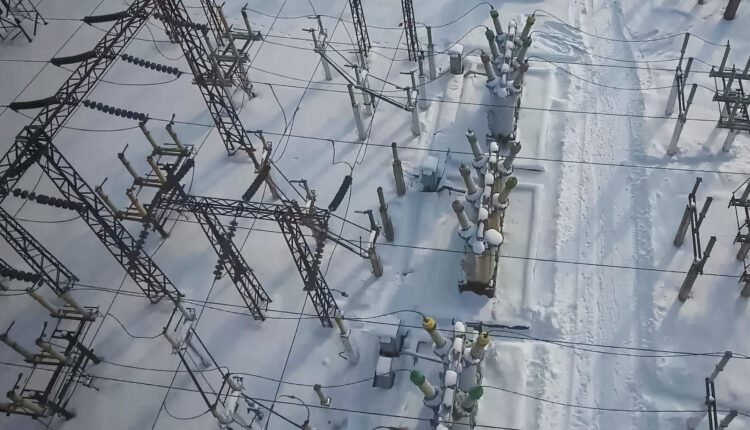 The nonprofit regulator charged with helping ensure the reliability of the North American electric grid is warning of potential electric supply shortfalls during severe weather this winter in several regions of the country.

Earlier this month, the North American Electric Reliability Corporation, which sets and enforces reliability standards for the bulk power system in the U.S., Canada and part of Mexico, said New England and parts of the South and Midwest, are “at risk of having insufficient energy supplies during severe winter weather.”

“While the grid has a sufficient supply of capacity resources under normal winter conditions, we are concerned that some areas are highly vulnerable to extreme and prolonged cold,” said John Moura, NERC’s director of reliability assessment and performance analysis, in a statement. “As a result, load-shedding may be required to maintain reliability.”
(Load-shedding means intentionally interrupting the flow of electricity to customers to reduce the strain on the grid.)

Warnings of potential outages in the South

NERC’s report says Texas, which largely operates its own electric grid, and much of Arkansas, Louisiana, Mississippi and the Carolinas, are all vulnerable to extreme cold because it could trigger power plant outages and big spikes in demand. In many parts of the South, electricity is the prime heating source and NERC says power generators and the fuel supply infrastructure that serves them “remain vulnerable without weatherization upgrades,” despite improvements since Winter Storm Uri in 2021, which caused an estimated 246 deaths in Texas after the grid collapsed.

“While the risk of energy emergencies in the three areas hardest hit during that event has not been eliminated, enhancements to equipment freeze protection and cold weather preparations for both the gas and electric industries is a positive step,” said Mark Olson, NERC’s manager of reliability assessments.

Duke Energy, which has about 4.5 million electric customers in the Carolinas, said it is prepared for extreme weather with well-stocked coal inventories that exceed pre-winter goals.

“We are ready to meet the energy needs of our customers every day, regardless of the weather,” said Bill Norton, a company spokesperson. “As we do before each winter, we have prepared for the possibility of extreme cold across our electric system.”

Norton also cited a power mix that includes renewables, nuclear, natural gas, coal and hydroelectric power, grid upgrades to serve a growing number of customers in North Carolina and plants that can run on more than one kind of fuel as key to guarding against outages caused by extreme weather.

For the part of the grid overseen by the Midcontinent Independent System Operator, an area that includes all or parts of 15 U.S. states (Arkansas, Illinois, Indiana, Iowa, Kentucky, Louisiana, Michigan, Minnesota, Mississippi, Missouri, Montana, North Dakota, South Dakota, Texas and Wisconsin) NERC worries that more than 4.2 gigawatts of nuclear and coal power plants have been retired. That’s the rough equivalent of four large (1,000 megawatt) power plants.

“An extreme cold-weather event that extends deep into MISO’s area could lead to high generator outages from inadequate weatherization in southern units and unavailability of fuel for natural-gas-fired generators,” the report says.

MISO predicts its peak winter demand will be 102 gigawatts, with 113 gigawatts of electric generation available “under normal grid conditions,” Brandon Morris, a spokesman, said in an email. The organization’s all-time peak winter record for power demand was 109 gigawatts on Jan. 6, 2017.  However, Morris said staff members from the organization noted in a winter readiness workshop last month that extreme cold weather, intense winter storms and/or fuel supply issues could create challenges for MISO and local utilities.

Power generators in MISO, however, have shown improvement in preparing their plants for extreme weather, according to a winterization survey the organization conducted, Morris said.

New England relies on liquefied natural gas imports and oil-fired generators to meet peak demand days, NERC said, which means fuel delivery constraints and limited inventory of liquid fuels, worsened by the Russian invasion of Ukraine could increase the chance that power plants might lack the fuel they need to run, resulting in potential energy shortages in extreme weather.

Concerns about winter power in New England aren’t new. In an August letter to U.S. Secretary of Energy Jennifer Granholm, Gordon van Welie, president and CEO of ISO New England, which is responsible for managing the flow of electricity for the six New England states, noted that concerns about energy challenges in the region go back a decade. He added that even as the states in the region push to decarbonize, it will rely on natural gas for the near future.

“During the coldest days of the year, New England does not have sufficient pipeline infrastructure to meet the region’s demand for natural gas for both home heating and power generation,” van Welie wrote, adding that the organization has developed a tool to forecast potential energy shortfalls 21 days out and got federal approval to keep a natural gas fired plant running with access to liquefied natural gas imports.

“Based on these actions, and the results of our winter assessment to date, the ISO expects to be able to operate the system reliably in a mild to moderate winter (using established operational procedures to manage capacity deficiencies),” he wrote. “However, concerns remain should the region experience an extreme winter.”

The organization wants the federal government to heed requests made last summer by New England governors, including exploring suspension of the federal Jones Act, which prohibits foreign vessels from transporting goods (like liquified natural gas) between U.S. ports and developing a regional energy reserve for fuel oil in the area, among other asks.

NERC made a broad series of recommendations to mitigate risks to the power grid from extreme weather. First, it said power generators should be preparing for winter conditions and communicating with grid operators. They also should ensure they have adequate fuel on hand and the organizations that monitor them should keep tabs on fuel supplies as well. But NERC also urged state regulators and policymakers to “preserve critical generation resources at risk of retirement prior to the winter season and support requests for environmental and transportation waivers.”

Holly Bender, the Sierra Club’s senior director of energy campaigns, called NERC’s suggestion to suspend environmental rules to keep fossil plants running “the wrong strategy.” Rather, Bender said the report makes the case that reliance on fossil fuels itself poses risks and she urged state regulators to instead push energy efficiency and weatherization programs that will cut power use. “Whether it’s water shortages in the summer or frozen coal piles and short fuel supply in the winter, fossil fuels like coal and gas struggle through extreme weather,” she said. “In addition to the public health, environmental, and climate impacts, fossil fuels are increasingly unreliable, contributing to energy insecurity and unpredictable price spikes that impact the most vulnerable members of our communities the most.”