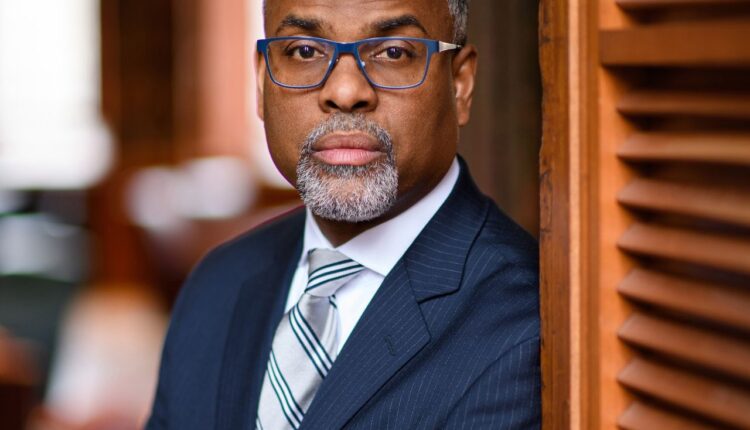 He also is a public commentator who regularly appears in the national media.

This is the 37th year for the annual event celebrating the slain civil rights leader, according to a GRCC news release.

King’s leadership was instrumental to the success of the civil rights movement. He led nonviolent protests such as the Montgomery Bus Boycott (Dec. 5, 1955 to Dec. 20, 1956) and the 1963 March on Washington. In 1964, he was the youngest to receive the Nobel Peace Prize at 35 for his nonviolent campaign against racism.

“It’s so important to keep Dr. King’s message and legacy in mind as we navigate our difficult times,” GRCC Interim President Juan R. Olivarez said in a statement. “Each year we gather to celebrate his life and achievements. But also, we must look at where we are as a community and a nation, reflect on where we need to be and commit to getting there together.”

The event is also an opportunity to introduce area high school scholarship recipients, according to the release. Local college presidents and community leaders will be in attendance, too.

“As we pause to reflect on Dr. King’s life and the indelible impact he had on history, I hope our students and community members continue to take up the charge for educational access and social justice,” GVSU President Philomena V. Mantella said.

“It can be a daunting task, but let’s remember what Dr. King himself said, ‘If I cannot do great things, I can do small things in a great way.’”

Davenport President Richard J. Pappas said the event opens up the opportunity for discussion on how to embrace diversity and inclusion on college campuses and in the greater community.

“Our nation continues to struggle to embrace equity across so many aspects of our lives,” said Dr. Richard J. Pappas, President of Davenport University. “I am grateful for the collaboration with GRCC and GVSU to hold this important event.”

Glaude is an author, political commentator, public intellectual and passionate educator who examines the complex dynamics of the American experience, according to the release. He is the James S. McDonnell Distinguished University Professor and chair of the Department of African American Studies at Princeton. He also serves on the Morehouse College Board of Trustees.

He frequently appears in the media, as a columnist for TIME Magazine and as contributor on “Meet the Press” and on MSNBC programs. He also hosts Princeton’s AAS podcast, a conversation around the field of African American Studies and the Black experience in the 21st century, and he is a former president of the American Academy of Religion.

Combining a scholar’s knowledge of history, a political commentator’s take on the latest events, and an activist’s passion for social justice, Glaude challenges all of us to examine our collective American conscience, “not to posit the greatness of America, but to establish the ground upon which to imagine the country anew.”

His writings, including “Democracy in Black: How Race Still Enslaves the American Soul,” “In a Shade of Blue: Pragmatism and the Politics of Black America,” and his most recent, the New York Times bestseller, “Begin Again: James Baldwin’s America and Its Urgent Lessons for our Own.”

Teen’s first words after devastating crash lets mom know: ‘You’re going to get your kid back’