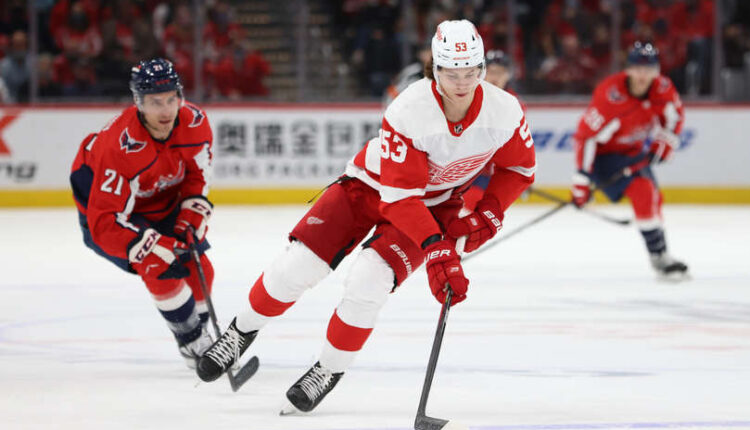 Preview: Capitals Have A Date With Detroit On Monday Night

The Washington Capitals host the Detroit Red Wings for the second of three meetings between the two teams during the regular season. Detroit defeated Washington in the first one by a score of 3-1 at Little Caesers Arena on November 3 but Washington is 16-3-3 against them since the 2011-12 season.

Action from Capital One Arena can be seen on NBC Sports Washington in-market or ESPN+ out-of-market.

Detroit: alternating between home and road games in span of six (0-3-0 during stretch so far)

Washington: end three-game homestand (split first two games) and continue stretch where they play 10 of 16 in the nation’s capital

HOW EACH TEAM IS DOING

Notes: Ovechkin, 37, has 18 goals and 30 points in his last 27, including seven goals, 10 points, and three multi-point efforts in his last six; Ovechkin also enters Monday two goals away from passing Gordie Howe (801) for second-most goals in NHL history; Kuznetsov, 30, has eight assists and nine points over his last eight; Carlson, 32, has six assists in as many games;