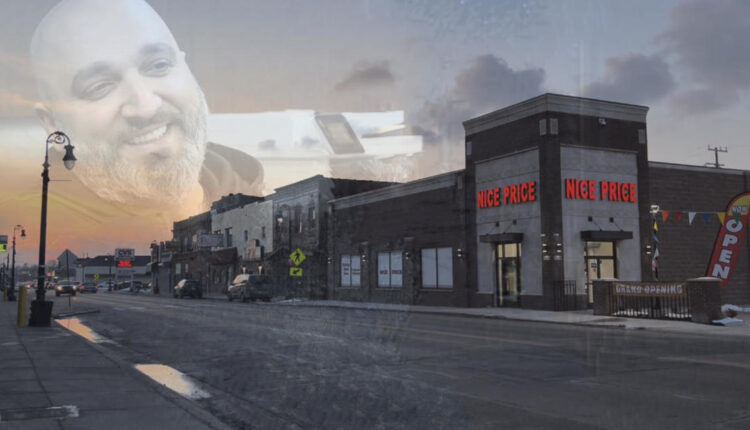 The owners of a family-owned department store in Southwest Detroit are happy to be back open after a devastating fire forced them to close nearly four years ago.

“It’s been a long journey.”

From Nice Price to worst nightmare, co-owner Ahmad Al-Hassan says watching the business his father built burn down in 2019 still shakes him to his core.

And just when Al-Hassan thought things could not go any worse, it did.

“Twenty-four hours later the fire marshal said we have to demo the building. That was the second bad news I got,” Al-Hassan says.

The store, which is filled and fully furnished from wall-to-wall with home goods, kitchenware, toys, gifts, clothing and more, has become a staple along Vernor Highway.

So much so, it left Al-Hassan almost in tears when the store held its grand reopening over the weekend.

“On Saturday, I was very emotional. We were grateful to the city, the mayor, everybody joined the celebration. The local mosques,” Al-Hassan says.

However, Al-Hassan says his story began far before the fire, it started back home in Jordan where it all began.

“This is 1994. This is our largest store in Jordan. This is my father and this is me. This is a grand opening of a store almost 30 years ago,” Al-Hassan said as he pointed to a picture posted in his office .

In 1997, Al-Hassan went from stocking the shelves back home to moving to a new one.

“A couple of my siblings were already coming here for college so my dad decided everybody is moving from Jordan to Sterling Heights,” Al-Hassan says.

“My dad said we are going to put tables and open, no shelves. We are just going to open and and let it ride and we did,” Al-Hassan said laughingly.

In 2015, nearly 20 years later, it was time for Al-Hassan to take over the family business.

“I left my job and came back to give my dad a retirement,” he said.

But little did Al-Hassan know that four years later, he would be faced with having to build from the ground up just like his father did 25 years ago.

But with a lot of patience and little to no sleep, “Talk about a kid on a Christmas eve-night. That was me on Friday night.”

Al Hassan finally reopened the very store that helped mold him into a man his father can be proud of.

“In a traditional Arabic saying, ‘The store step of the front door means a lot whether it’s your house or business and this front door meant a lot to us. This was where it all started,” Al-Hassan said.

Since the fire in 2019, Nice Price has expanded to four stores in and around the Detroit area including in Dearborn and Hamtramck.