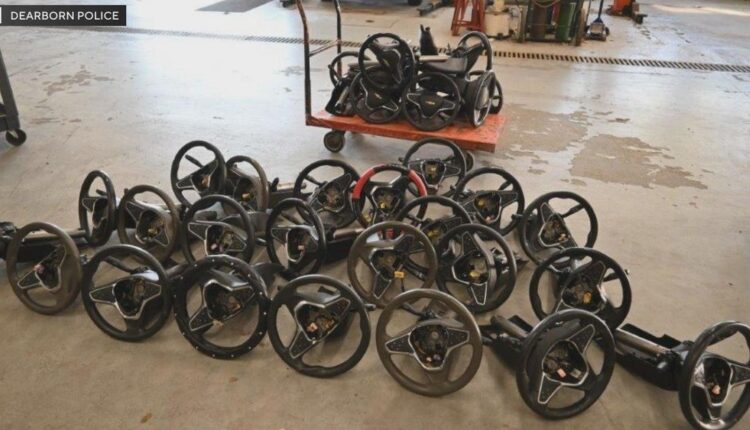 Police say drivers are walking out to their cars to find their steering wheels stolen.

The thefts have grown popular since the start of the pandemic.

According to Bartok, they’ve seen an increase in incidents.

In March, Detroit Police shared a video showing a thief stealing a steering wheel in less than 30 seconds.

Police in Dearborn arrested two suspects for steering wheel thefts in August. The investigation resulted in over 30 steering wheels being recovered.

The reason…. thieves want the airbag.

There’s also a specific type of car thieves are going after.

For drivers of that model, police want you to be vigilant about where you park your car, especially during nighttime hours.

Police say they plan to crack down on criminals stealing steering wheels and the businesses buying them.

“You know, depending on the extent, this can be a serious felony charge with time in prison,” Cpl. Bartok noted.