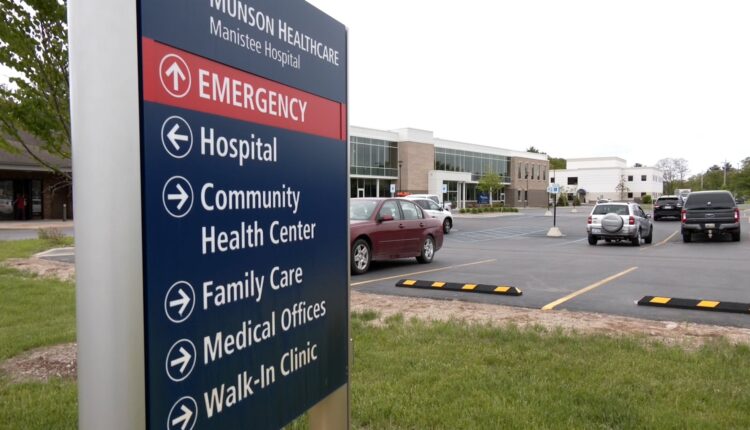 Munson Healthcare in Manistee announced they would be closing their neurology office, inside the Community Health Center, on June 16th.

They said they plan on consolidating all neurology services to Traverse City — but patients in Manistee say that brings up a lot of issues.

Theresa Buckingham has been going to Dr. James Buswinka at the neurology office for 13 years.

Her mom, Penny, sees Dr. Buswinka too, for her Multiple Sclerosis.

“She was diagnosed with Multiple Sclerosis when I was 20,” Buckingham said. “She became a patient of his after that diagnosis.”

Buckingham heard from a former coworker that Munson was planning on closing their neurology office and moving all their services to Traverse City.

“She then called the office to find out if he was leaving, and was informed, yes, he indeed was,” she said.

Buckingham said her first thought wasn’t concern for her health, but for her mom’s.

“I was kind of scared for her more than me,” she said. “I can adjust to a different doctor a little bit differently. I see him for migraines, that’s a little bit less severe. With her, she has a lot of issues when it comes to mobility, so travel concern came to mind right away.”

Buckingham said the closest options for neurology doctors are an hour away.

“The next closest doctor would be Traverse City or Muskegon if I went to another hospital system,” she said.

Buckingham said her mom’s MS affects her ability to walk, her bladder, and ability to stay awake.

“She has a lot of lethargy and she is very tired in the morning, so early morning appointments or traveling to a different city early in the morning to get to an appointment would not be good for her,” she said. “Most people with MS do have very leaky bladders, and they can have a hard time holding their bladder, which obviously is a concern when you have to drive an hour away.”

“I think it’s going to create a lot of problems,” she said. “A lot of neurology patients are very fragile. Some of them have spouses that are still taking care of them. They’re old, and they don’t have the ability to drive to Traverse all the time.”

“Munson Healthcare Manistee Hospital will be closing its neurology services effective June 16, 2022. This follows thoughtful consideration of patient needs throughout northern Michigan and will consolidate all neurology services to Traverse City. This will offer patients a comprehensive location for all consultations, testing, procedures, and follow-up care. The consolidation plan will also incorporate the use of virtual visits to facilitate access to patient services. Manistee-area neurology patients have been notified of these changes and we are actively working with them to ensure access to care. Any patient requiring neurological care will continue to be referred through their local primary care physician.”

Buckingham, though, says there’s other options.

“We do have other services that come from out of town, nephrology, which is kidney systems, and cardiology which is heart system, and they have their doctors come from Traverse City or Cadillac to see patients on a once a week or every other week base,” she said. “That has not been offered at this time to us, so I’m kind of hoping that the more people speak up, maybe that will eventually be an option.”