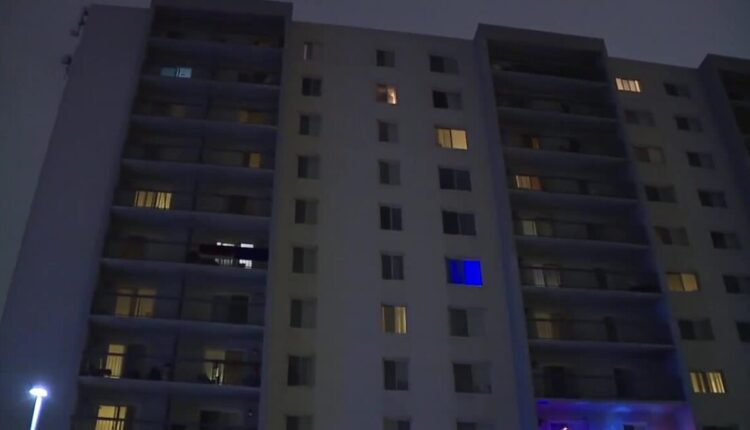 One injured in Detroit apartment fireplace; residents say they’ve had no heat

Residents at a Detroit apartment building say they spent Christmas with no heat, and on Monday, a fire in the building sent one person to the hospital.

According to the Detroit Fire Department, the fire inside Across the Park apartments on Annabelle St. began Monday just after 4 pm in a room on the 8th floor. It was contained to one room, and the 48-year-old male resident inside was taken to the hospital for smoke inhalation. He is expected to be OK.

“You can see the soot on my glasses, you couldn’t even see down the hallway,” said resident Harley Huntsman, who says he lives next door to the fire on the 8th floor.

But along with the fire, residents say they’re stuck with a slew of issues, sharing videos of flooding they say has been ongoing in the building.

“I had to sit in my apartment with my ceiling peeling, I can’t go in my bedroom because my bedroom is wet,” said resident Brenda Williams.

“I got a little toaster oven so I’m using that,” said resident Dejuan Grimes. “I think everybody’s doing that. Everybody.”

“You empathize with people because you know how it is with these temperatures and you know people are going to do anything by any means necessary to keep warm,” said Chief James Harris with the Detroit Fire Department.

Chief Harris says the fire is under investigation and it is still not clear what caused it. He urged caution when trying to heat your home in these frigid temperatures.

“We never recommend using a stove or oven to heat the home,” Chief Harris said. “If you’re going to use a space heater keep it at least 4 feet away from any window treatment, any furniture. If you have small children, keep that space heather away from them.”

Residents inside Across the Park felt they didn’t have a choice but to use their ovens, and said they want answers on when the issues will be fixed.

“This is ridiculous and this is stupid. This is unsafe,” said resident Katilya Fairchild.

7 Action News attempted to reach the management company Monday night but the office is closed for the holiday weekend.