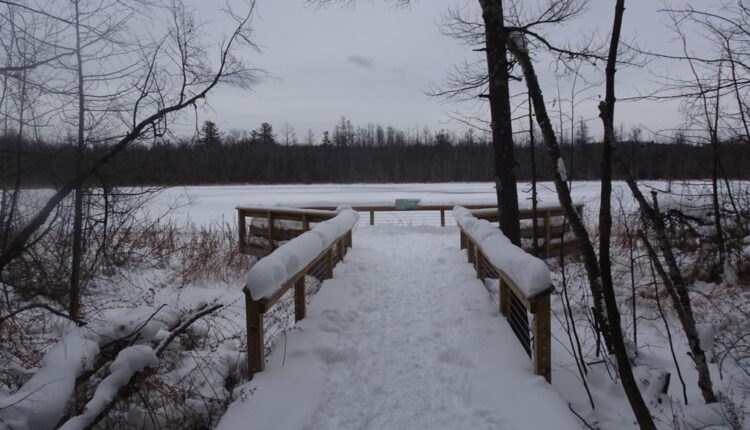 One thing I’ve learned in the 43 years that I’ve lived in northern Michigan is that you never take the weather for granted. It constantly changes and sometimes suddenly in all seasons, but in that time I can’t recall a winter change like we witnessed at the end of 2022.

I woke up to a little more than 21 inches of snowfall on my deck just before Christmas. It was a beautiful light snow, not heavy and wet like we sometimes get the first month of winter. It made for delightful trails when packed down. The VASA Pathway was groomed and so were fat tire biking trails that left from the Supply Road trailhead. The groomers were quick to respond, and I thought we were off to a good winter start.

Slightly less than a week later I woke up, looked at my deck and the snow was completely gone. I can’t recall seeing such a quick turn around in any of my previous winters up here. My goldendoodle Lulu who loves snow just stood on the deck looking around wondering what had happened to her charming winter playground. We both felt a letdown.

Prior to the meltdown we were able to get a fat tire bike ride in on the single track trail, and a nice scenic hike in the Pyatt Lake Nature Preserve.

A winter hike at Pyatt Lake, which, over the years, local Old Mission Peninsula residents have often referred to as Traverse City’s “Walden Pond,” is an easy outing and a treat. It’s a refuge to over 250 species of plants including old-growth hemlocks that you hike under along the trail.

I found that people had snowshoed, cross-country skied and hiked back along the trail that leads to a couple of decks overlooking a small lake and sedge fen ponds.

The total hike, which is pretty flat, is a little more than 1.5 miles. You might see deer if you are there early in the morning or late in the afternoon.

I saw none on the day I was there, but did see tracks around the frozen lake and crossing the trail as we hiked under the towering hemlocks.

It’s considered to be one of the most botanically diverse and one of just three places in northern Michigan where you can see a wooded dune and swales complex, created thousands of years ago as Lake Michigan receded. Pyatt Lake was once an arm of Grand Traverse Bay. It’s peaceful and reflective, especially in the evening as dusk fades to twilight. Early morning and around sunset are the best times to observe wildlife.