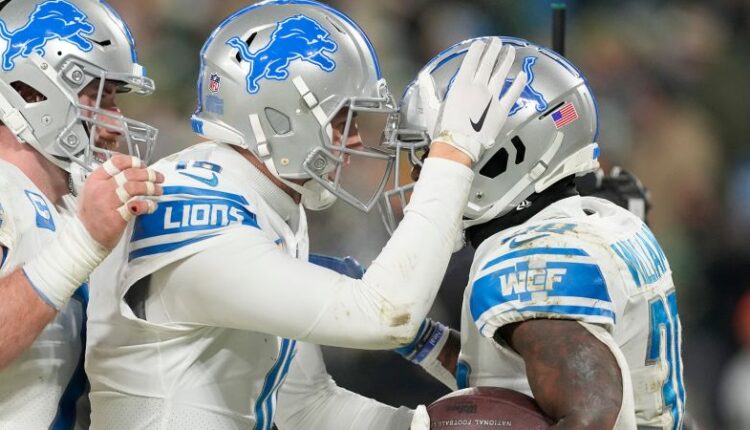 After winning four straight games following a disappointing start to the season, the Packers had given themselves a shot at making the postseason.

With the Packers loss, the Seattle Seahawks clinched the final NFC Wild Card spot. Seattle beat the Los Angeles Rams 19-16 in overtime earlier on Sunday, also eliminating the Lions in the process.

Earlier on Sunday, the Miami Dolphins clinched the final AFC Wild Card spot following an 11-6 win over the New York Jets. This marks the first Dolphins playoff appearance since 2016.

Miami ended their season with a victory, having lost their previous five games to throw their playoff participation in jeopardy. But Jason Sanders’ 50-yard field goal with 18 seconds left proved the difference in a gritty victory.

The Dolphins are the first team to win a game to clinch a playoff spot without scoring a touchdown in that game, according to the NFL.

The Eagles’ securing of the first seed in the NFC had been expected a few weeks ago after a red-hot start to the season. But an injury to star quarterback Jalen Hurts followed by two defeats left the spot still up for grabs.

However, Hurts returned on Sunday to help lead Philadelphia to a 22-16 win over the New York Giants – who were playing their backups after they secured their playoff berth last week – to finish atop the conference.

It is the first time the Eagles have secured top seeding since it won its only Super Bowl title during the 2017 season.

The Buffalo Bills secured the number two spot in the AFC Wild Card following an emotional win over the New England Patriots Sunday.

The game featured two kickoff return touchdowns from Bills returner Nyheim Hines – including one on the very first play.

That was quite a moment following Damar Hamlin’s cardiac arrest in the previous game against the Cincinnati Bengals and thrilled play-by-play reaction on Twitter from the Bills safety, who was watching from his hospital bed after suffering a cardiac arrest during a game last Monday .

The Wild Card round begins January 14 with two games, continued with three games January 15 and finishes with one game January 16. Super Bowl LVII is scheduled for February 12 at State Farm Stadium in Glendale, Arizona.

Here’s a breakdown of the upcoming games:

No. 4 Jacksonville Jaguars will host No. 5 Los Angeles Chargers at 8:15 pm ET at TIAA Bank Field.

No. 2 Buffalo Bills will host No. 7 Miami Dolphins at 1 pm ET at Highmark Stadium.

Funny in February: The Return of Comedy to Traverse City