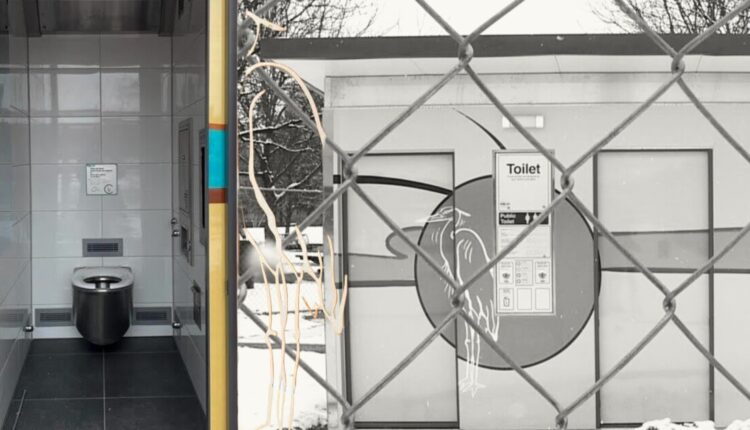 GRAND RAPIDS, Mich. — You’ll soon have a few more options for catching a quick bathroom break while wandering around downtown.

The Grand Rapids Department of Parks and Recreation is in the final stages of installing a new public bathroom at Heartside Park off Ionia Ave.

“It will be open the same hours that the park spaces are open, free for the use of anybody within the city of Grand Rapids,” explained David Marquardt, director of Grand Rapids Parks and Recreation.

Marquardt says the facilities are designed to open year-round, even in the colder months.

There are three stalls available for people to use, including a wheelchair-accessible one.

You will have about 10 to 15 minutes to do your business before a timer goes off.

“Once that time is up, doors open up… you’ve got to be on your way,” said Marquardt.

The self-cleaning function will reduce the staffing demands of cleaning a typical bathroom.

“It helps create and build districts that are vibrant, and well-suited for visitors and residents,” Eledge said.

“Everybody has to go to the bathroom. So, it’s an incredibly important amenity that everyone should have access to.”

The cost of the new bathroom is being paid for using money from the parks millage passed by voters in 2013.

More public restrooms are planned for downtown Grand Rapids in the near future.

The rehab plan for the historic head house at Veterans Memorial Park includes some public restrooms, which are set to open later this year.

Michigan passed another proposal expanding voting rights in 2022. What comes next? ⋆