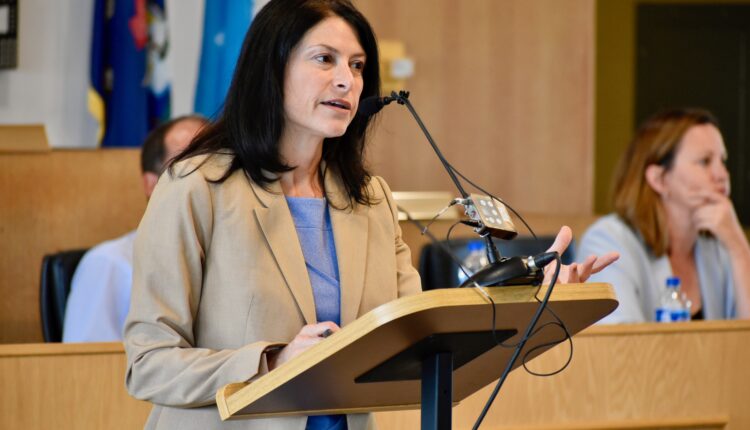 Attorney General Dana Nessel filed a motion this week asking the Michigan Supreme Court to take up her challenge of past decisions by the court that her office says have limited enforcement of the Michigan Consumer Protection Act.

The Democrat filed the bypass application on Tuesday because she says the Michigan Supreme Court’s former rulings exempt insulin pricing practices from scrutiny, as well as preventing her from examining pricing misconduct with regard to other prescription medications.

Nessel announced earlier this year that she hoped to launch an investigation into Eli Lilly, one of three primary manufacturers of insulin, over their pricing practices for the life-saving drug used by diabetics.

The cases being challenged are Smith v. Globe Life, decided in 1999, and Liss v. Lewiston, decided in 2007. The decisions created an exemption to the MCPA, ruling that if alleged misconduct is taking place within a regulated industry then it is not punishable under the law.

“The Smith and Liss decisions have unjustifiably transformed a narrowly stated exception within the MCPA into a broad shield potentially available whenever a State or Federal regulatory scheme relating to the underlying transaction can be identified — regardless of whether that regulatory scheme does anything to protect consumers from deceptions, gouging, unfairness, or other improprieties. This Court’s review is necessary,” Nessel wrote in the bypass application.

Nessel filed an appeal in the Court of Appeals on July 21 but said the case is likely destined for the Michigan Supreme Court, regardless, since the Court of Appeals is bound by precedent and, as such, will likely uphold the conclusion of the Ingham County Circuit Court.

“Since the Court of Appeals is bound to follow these precedents, there is no meaningful value waiting for that Court’s review of the arguments presented here. … Meanwhile, Michigan diabetics daily face the dilemma of choosing between lifesaving medication, food, and other necessities to maintain a quality life with no hope that the MCPA can help or protect them,” Nessel’s application continues. “The ongoing and substantial harms to diabetics across the State cannot wait for the inevitable affirmance from the Court of Appeals and thus review is warranted now.”

Nessel’s office has encouraged consumers, pharmacists and health professionals to share their experiences with the high cost of insulin using the consumer complaint form on its website.

The American Diabetes Association estimates that 912,794 people in Michigan have diabetes and that people with diabetes have medical expenses about 2.3 times higher than those without it.

Democratic Gov. Gretchen Whitmer has called for capping the cost of insulin at $50 a month, saying the price of insulin tripled from 2009 to 2019. Earlier this year, her office said the average cost for a single vial was $98.70; most people with diabetes need two or three vials a month, meaning they pay around $200 or $300 monthly.

House Bill 4346, which would cap the cost of insulin, passed the chamber in March 2021 but has not made it through the Senate. The bill is sponsored by Rep. Sarah Cambensy (D-Marquette).

In the Inflation Reduction Act signed by President Joe Biden last month, the cost of insulin for Medicare patients is capped at $35. However, Democrats were unable to keep a provision in the final agreement that would have capped the monthly co-pay for people with private health insurance.

“You can’t win a case you never file,” Nessel said. “And it’s worth challenging these decisions, because quite honestly, we can’t do worse, right? If we lose them, we’re just in the exact same position that we’re in right now.”