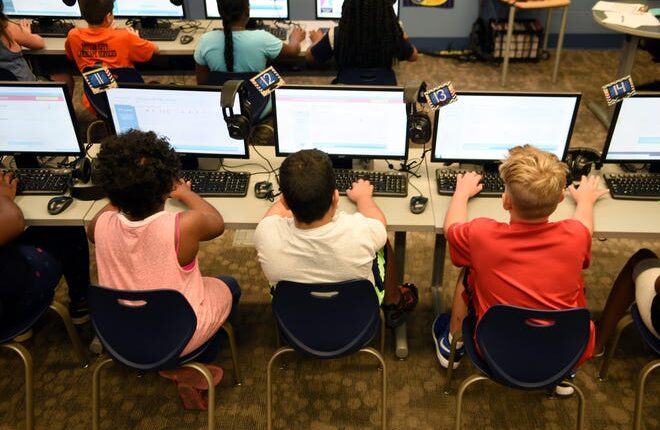 ChatGPT has been around since November and has taken the internet by storm but is raising questions in Michigan’s classrooms.

The free Artificial Intelligence software can answer any prompt you can think of, from solving math equations to writing essays.

It’s led some school districts, most prominently the New York City school system, to ban the use of ChatGPT on its networks and school equipment.

Some Michigan education experts said they’re worried, too, about the possibility of students misusing the software to cheat.

“Many school districts have used firewalls and active means of blocking access to the software on school devices,” Zdeb said.

She said such measures would not require a new policy, just an adaptation of the protocols.

Teachers are aware of the software and its potential for misuse.

Crystal VanWalsum, an English teacher at Waverly High School in the Lansing area, has used in-class essays to avoid the use of ChatGPT and similar AI software.

“One way to avoid a problem like plagiarizing from the internet is to have students write essays in class,” said VanWalsum.

For example, she assigned a class essay on King Arthur and put the essay promptly into ChatGPT ahead of time to see what the software would come up with.

She said she can tell if a student has used software like ChatGPT.

“Things that have been AI-generated completely lack any kind of original voice. They’re very flat.

Blake Mazurek, an eighth-grade US history teacher at Grandville Middle School west of Grand Rapids, said his son introduced him to ChatGPT over the Thanksgiving holiday.

“Somehow we got on the topic of technology and he mentioned (ChatGPT) and was telling me what he knew at the time,” Mazurek said.

That conversation led him to do some research about ChatGPT, and it piqued his interest.

When asked if they knew anything about it, his eighth-grade current events students were silent.

“I talked knew to my current event kids and nobody about it,” he said.

He said that few of his colleagues have heard about the new software.

John VanWagoner, the superintendent of Traverse City Area Public Schools, was introduced to the software a few months ago during a meeting of the Future of Learning Council, an organization of 40 Michigan school districts and learning organizations.

He said that the council brought up ChatGPT and showed what it could do.

“It was mind blowing. It’s a game changer as far as the ability to process data and knowledge into writing,” said VanWagoner.

After the initial introduction, VanWagoner showed ChatGPT to his staff, and they came up with various tasks and prompts for the AI ​​software to solve.

“It’s pretty amazing what the AI ​​capability has to be to do that work,” he said.

School officials in Michigan have been aware of ChatGPT and say its use in the classroom has had a positive effect.

Phil Jankowski, the superintendent of Anchor Bay Schools in St. Clair County, said he is not concerned about students’ use of the software to plagiarize.

He said that anti-plagiarism software the district uses can detect if ChatGPT was used to create an essay.

“Between work in the classroom and the use of those applications, we believe we can counter much of it,” he said.

He said he tried out the software and found that it’s not that great at writing essays.

ChatGPT “is not especially good yet, but it does open a window into what the future will look like,” Jankowski said.

He said he is optimistic about the future of AI in the classroom.

“Artificial intelligence such as ChatGPT are things students will have to use and will be faced with in the future. There is a strong argument that we need to teach students how best to use the technology as it is on the forefront of the AI ​​horizon,” he said.