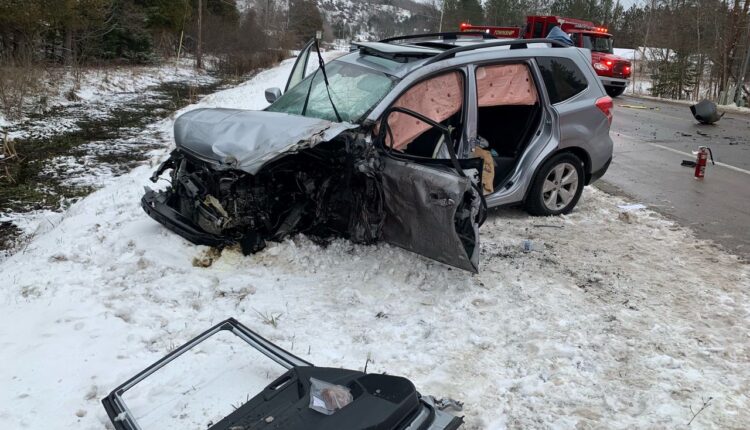 Michigan lady, 93, hospitalized with life-threatening injuries after crash with semi

BENZIE COUNTY, MI – A 93-year-old woman was taken to the hospital with life-threatening injuries after a crash with a semi-truck in Northern Michigan.

Troopers from the Michigan State Police Traverse City Post responded to the crash, which occurred on US-31 near Riverside Drive in Benzie County’s Homestead Township at approximately 11:41 am on Tuesday.

A preliminary investigation revealed a Beulah woman was driving a 2015 Subaru Forester west on US-31 when she crossed the centerline and struck the side of a semi heading east.

The woman, who has not been identified by name, was transported to Munson Medical Center in Traverse City.

The driver of the semi was not injured, police said.