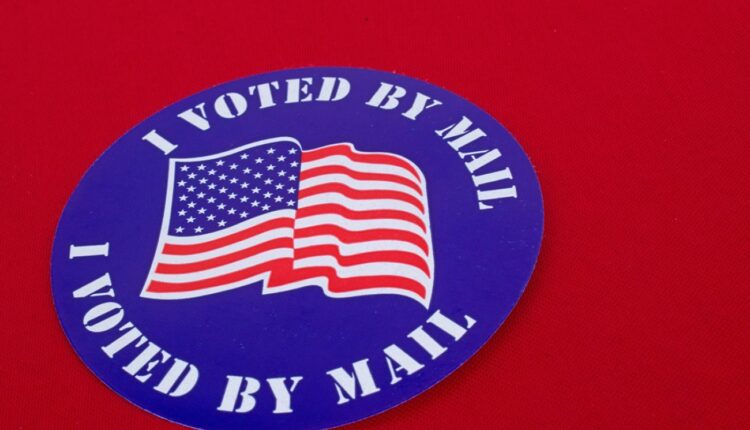 Michigan is on pace to set a record for absentee voting in a gubernatorial election, with some of the biggest surges in coming in traditionally Republican counties.

In the past week, clerks reported receiving nearly 340,000 ballots, up from 278,000 the previous week. That’s nearly 325,000 more than were received at this point in 2018, before voters approved no-reason absentee voting.

Some of the biggest increases from 2018 were in smaller, rural and traditionally Republican counties. Though a smaller percentage are voting absentee in those counties, the change may indicate a more widespread embrace of the practice among Republicans.

In Branch County on the Indiana border, clerks have received 2,579 ballots so far, nearly five times more than the 496 returned by this point in 2018. In 2020, the county backed Republican former President Trump 68.5 percent to now-President Joe Biden’s 30 percent.

Of the 21 counties where absentee ballots have more than doubled since 2018, four — Washtenaw, Kent, Kalamazoo and Genesee — backed Biden, who won 11 counties in the state on his way to a 154,000-vote victory.

Jake Rollow, director of external affairs for the Michigan Secretary of State, said Tuesday the department anticipates absentee ballots will make up half of all voting for the Nov. 8 general election.

He has said he expects as many 2.25 million absentee ballots. Combined with same-day voting, that would mean a total vote tally of 4.5 million, a record for a gubernatorial year.

So far, 1.8 million have requested absentee ballots, though Monday was the deadline to order them online. Voters can still pick one up in person at their local clerk’s office, he said.

As of Monday, nearly 772,000 absentee ballots had been returned, nearly 325,000 more than in 2018. However, voters in 2018 approved no-reason absentee voting, a change not implemented until after that election.

Perhaps concerning for Democrats like Gov. Gretchen Whitmer is the relatively small growth in absentee balloting in Detroit, by far the state’s largest city, where Democrats typically get 90 percent or more of the vote

That’s a 49 percent increase, well below the statewide increase of 79 percent.

To vote absentee, registered voters must request their ballot by 5 p.m. Nov. 4.

Bridge Michigan has a guide about the upcoming deadlines for registration, absentee ballots and other voter information.

authored by
First published at https%3A%2F%2Fwww.bridgedetroit.com%2Fmichigan-absentee-voting-detroit%2F