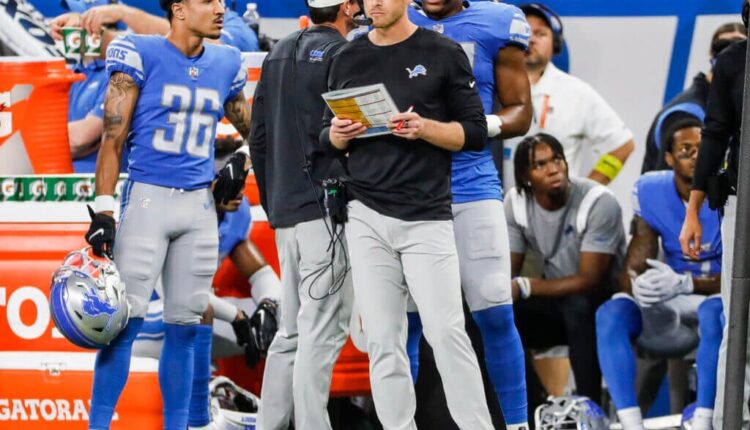 Detroit Lions offensive coordinator Ben Johnson is staying with the team for the 2023 season, according to multiple reports. Here’s what you need to know:

Johnson joined the Lions organization in 2019 as the offensive quality control coach. He became Detroit’s tight ends coach for 2020 and 2021 before getting promoted to the team’s offensive coordinator.

Prior to his tenure with the Lions, Johnson was the wide receivers coach with the Miami Dolphins in 2018.

Detroit finished the 2022 season fourth in scoring and fifth in total offense. The Lions scored 453 points this season, the second most in franchise history. They scored 30 or more points eight times, a franchise record.

Jared Goff’s touchdown-interception ratio of 4.14 is the best in a single season by a Lions quarterback. Running back Jamaal Williams topped 1,000 rushing yards for the first time in his career, led the league in rushing touchdowns with 17 and broke Barry Sanders’ single-season team rushing touchdown record. Receiver Amon-Ra St. Brown became the youngest receiver in team history to record 100 catches and 1,000 yards in a season.

Whether Johnson would remain in his current role as Detroit’s offensive coordinator or not was among the biggest questions facing the franchise as it entered the offseason. He was clearly a hot commodity, lining up with the Colts, Texans and the Panthers — his hometown team — shortly after the season concluded. If offered one of the open jobs, you had to think it’d be tough to turn down. Although he has only one year of experience as a coordinator, Johnson fits the mold of the young, offensive mind so many teams have targeted. His work with Goff, in particular, has been impressive.

In the end, though, it appears Johnson will be back with the Lions. Detroit is a team on the rise, and having Johnson around for another year keeps them on their current trajectory. — Pouncy

Johnson a big part of Lions’ success on offense

Johnson was a massive part of the Lions’ offensive success in 2022. After getting promoted from tight ends coach to offensive coordinator a year ago, Detroit finished with a top five offense in terms of scoring and yards per game under Johnson. He’s an offensive coordinator capable of crafting an offense to the personnel at his disposal, rather than vice versa, and has proven to be a creative and bold play caller who earned the trust of his players.

It seems like only a matter of time until Johnson becomes a head coach, but that will have to wait another year. It appears he’ll be back in Detroit. For a Lions team that hopes to compete for the NFC North in 2023, this is massive news. — Pouncy