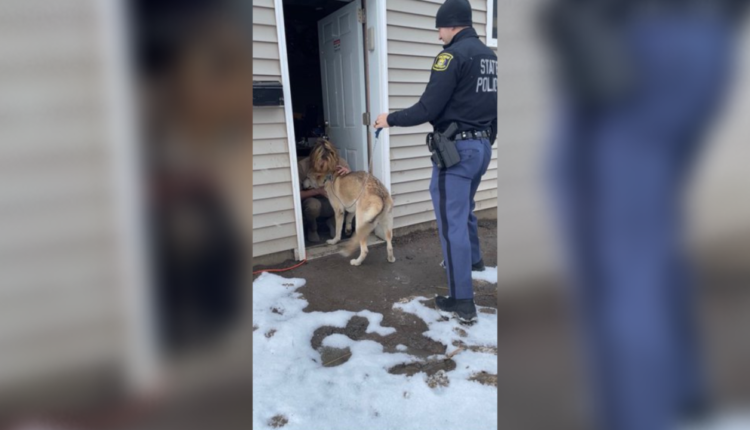 POTTERVILLE, Mich. (WLNS) — Loki the Siberian husky was safely reunited with his family on Sunday.

What the thieves didn’t realize is that their every move was caught on camera, including their driving by multiple times to scope out the area.

Elijah Mercer, the dog’s owner, believes the thieves were driving a two-tone green Kia Sorento with gray trim at the bottom of the car.

“We just had the garage door open and been in and out and maybe we were in here for 20-ish minutes at the most,” Mercer said. “As we were going to leave and let him back inside, we realized he was gone. We thought he ran off, and we looked for a little bit. We watched the cameras to see that someone took him.”

The suspect who allegedly stole the dog was identified by officials, and charges have been sent to the Eaton County Prosecutor’s Office for review.

‘Can we truly be free if a woman cannot make decisions about her life?’ ⋆