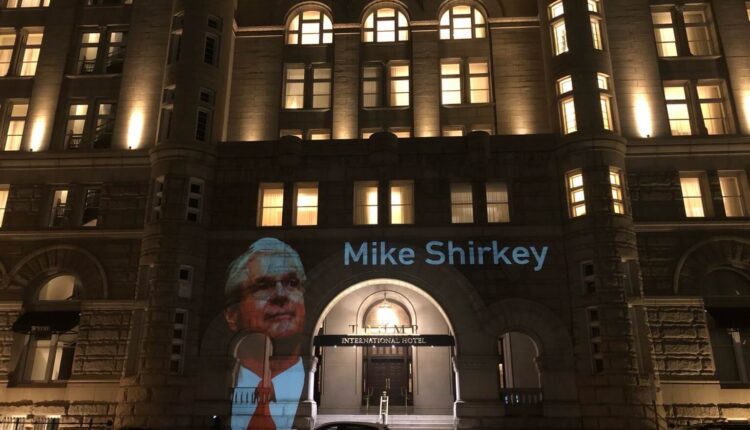 With Monday’s historic decision to refer former President Donald Trump and other key Republicans for criminal prosecution, the U.S. House committee investigating the Jan. 6, 2021, attack on the U.S. Capitol placed Michigan near the center of the conspiracy to overturn the 2020 presidential election.

Before referring the former president to the Justice Department for charges, including inciting or aiding an insurrection, the bipartisan panel used its final public meeting to recap its findings of the events and people that culminated in the deadly attack on the Capitol, with particular emphasis on a White House meeting a little more than two weeks after the election in which Trump met with GOP leaders from Michigan.

According to the committee’s summary, Trump and Giuliani “went through a “litany” of false allegations about supposed fraud in Michigan’s election.” It also quoted previously unknown testimony provided to the committee by Chatfield in an “informal” interview in October 2021.

“Chatfield recalled Trump’s more generic directive for the group to “have some backbone and do the right thing,” which he understood to mean overturning the election by naming Michigan’s Electoral College electors for Trump,” stated the report. “Shirkey told Trump that he wouldn’t do anything that would violate Michigan law, and after the meeting ended, issued a joint statement with Chatfield: “We have not yet been made aware of any information that would change the outcome of the election in Michigan and as legislative leaders, we will follow the law and follow the normal process regarding Michigan’s electors, just as we have said throughout this election.”

At the time, however, it was unclear exactly what had taken place.

After the meeting, Trump tweeted that it was “much different than reported by the media. We will show massive and unprecedented fraud!”

Meanwhile, Chatfield and other lawmakers were seen drinking champagne at the Trump Hotel in Washington later that night.

In subsequent media interviews, Shirkey said that while the election did come up, he said he told Trump lawmakers had no role in awarding electoral votes.

The committee’s report then detailed what appeared to be retaliatory actions by Trump as Shirkey’s and Chatfield’s unwillingness to violate the law.

“When Trump couldn’t convince Shirkey and Chatfield to change the outcome of the election in Michigan during that meeting or in calls after, he or his team maliciously tweeted out Shirkey’s personal cell phone number and a number for Chatfield that turned out to be wrong,” the report stated. “Shirkey received nearly 4,000 text messages after that, and another private citizen reported being inundated with calls and texts intended for Chatfield.” House Speaker Lee Chatfield and other Republicans had a drink at the Trump International Hotel D.C. after their White House meeting

The report cites a Detroit News article published just two days before the Jan. 6 insurrection attempt that features screenshots from the former Petoskey resident “being bombarded” with phone calls and text messages from individuals who refused to accept he wasn’t Chatfield.

“The individual, who moved to California months ago, asked for privacy and plans to change phone numbers,” stated the story.

The Justice Department, which is already investigating Trump’s conduct related to the 2020 election, will determine how to pursue the referrals, which are not binding and essentially symbolic.

Potentially carrying more weight are the referrals the panel made of to the House Ethics Committee of four GOP members of Congress for refusing to testify: Andy Biggs of Arizona, Jim Jordan of Ohio, Scott Perry of Pennsylvania and California’s Kevin McCarthy, who is likely to become the next speaker when Republicans take control of the House in January.

It would be up to the ethics panel, which is evenly divided between Democrats and Republicans, to decide whether to proceed with an inquiry into the four members who were named.

However, the committee’s report says all four “had materially relevant communications” with Trump on Jan. 6 and the days leading up to the attack, and withheld that information from the panel.

Jordan dismissed the accusation as a “partisan and political stunt,” Biggs, Perry and McCarthy did not immediately return messages seeking comment Monday. President Donald Trump participates in a signing ceremony for H.R.266, the Paycheck Protection Program and Health Care Enhancement Act, with members of his administration and Republican lawmakers in the Oval Office of the White House in Washington DC on April 24th, 2020. | Anna Moneymaker/The New York Times/POOL/Getty Images)

Michigan also figured prominently in the committee’s investigation of what it called a “scheme … to prepare a series of false Trump electoral slates for seven States Biden actually won.”

“A series of contemporaneous documents demonstrate what President Trump and his allies, including attorney Kenneth Chesebro, were attempting to accomplish: they anticipated that the President of the Senate (which, under the Constitution, is the Vice President) could rely upon these false slates of electors on January 6th to justify refusing to count genuine electoral votes,” said the report. “The false slates were created by fake Republican electors on December 14th, at the same time the actual, certified electors in those States were meeting to cast their States’ Electoral College votes for President Biden.”

Sixteen of those 84 fake electors were from Michigan, including Michigan Republican Party Co-Chair Meshawn Maddock, the wife of state Rep. Matt Maddock (R-Milford). The Maddocks are close Trump allies and have several connections to the events of Jan. 6, 2021.

Just a day beforehand, Matt Maddock and 10 other Republican lawmakers from Michigan wrote a letter to Vice President Mike Pence, urging him not to certify the election, questioning “the validity of hundreds of thousands of ballots” in battleground states.

Meshawn Maddock also helped organize and promote buses of supporters from suburban Detroit to Washington, D.C., for the events that preceded the riot and storming of the Capitol.

The committee’s report then details the efforts that Trump’s allies took to try and complete the scheme, which ultimately relied on Pence to violate his oath of office.

Introductory Material to the Final Report of the Select Committee

And in fact, the report lists among its evidence copies produced by the National Archives of the seven slates of electoral votes they received from Trump electors in states that Trump lost, including a certificate and mailing envelope from Michigan dated Dec. 14, 2020.

“Despite pressure from President Trump, Vice President Pence and the Senate parliamentarian refused to recognize or count the unofficial fake electoral votes,” stated the report. “(Counsel to Pence) Greg Jacob testified that he advised Vice President Pence on January 2nd that “none of the slates that had been sent in would qualify as an alternate slate” under the law and that the Senate Parliamentarian “was in agreement” with this conclusion.”

The report concluded that ultimately none of Trump’s efforts succeeded in changing the official results in Michigan, or any of the other six states at the heart of the scheme.

“That these efforts had failed was apparent to Donald Trump and his co- conspirators well before January 6th,” stated the report. “By January 6th, there was no evidence at all that a majority of any State legislature would even attempt to change its electoral votes.”

The committee also noted evidence that even though Trump had been warned that some of the allegations and evidence being cited in an effort to overturn the election was “inaccurate,” he and his attorneys “ultimately filed the complaint with the same inaccurate numbers without rectifying, clarifying, or otherwise changing them.”

The panel concluded: “The numbers were not correct, and President Trump and his legal team knew it.”