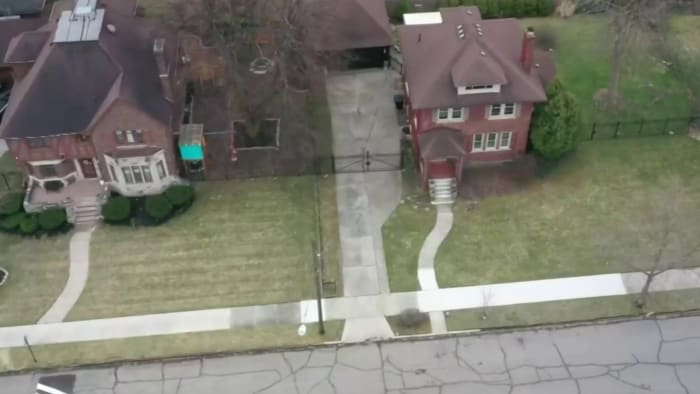 The city says over the past four years, Detroit’s increases are greater than surrounding cities like Southfield, Royal Oak, and Warren.

“It’s increased triple since the time I bought it,” said Chuney. “It’s amazing to me.”

Ten years ago, Chuney bought his house and two others when values ​​were deficient, and now he’s expecting a tax hike, and he’s entirely on board with it.

“The rehab is expensive, but the taxes that were spoken about today, I haven’t had an issue with that at all because they haven’t grown as much as the value has,” Chutney said.

Next week the City of Detroit will start mailing out tax assessments. It’s not a bill, but you’re likely to see a hefty jump in your property’s value and your tax obligation to the city.

“They will show that the City of Detroit home values ​​grew by 20% again in 2022, but because of the Michigan constitution, your taxes aren’t going up 20%,” said Duggan. “They’re going up a lot less.”

The bad news is a higher tax bill. Still, you can appeal it.

Detroit is adopting a two-tiered process that will unfold over the next two months.

“You can come in and ask questions,” said Assessor Alvin Horhn. “You can say, ‘I don’t agree with this’. We’ll explain it to you how we computed the values. We will go to your property if you have questions, if you tell us, ‘There’s something about my property that doesn’t work right.’”

The second is the traditional appeals board review process.

“As far as I’m concerned, if everybody won their property tax appeal, I’d be happy,” Duggan said.

You’re being advised to jump on this expeditiously within the next two months because you’ll be getting your tax bill this summer, and if you get that tax bill and haven’t gone through the appeals process, there’s no going back as you ‘ll have to pay that higher five percent.