EAST LANSING, me. – It all started six years ago with a mural in New York’s Chinatown.

And it continued in East Lansing last week. The artist Victor Ving and his wife Lisa Beggs create a mural on the wall of the Roadhouse Pub.

The duo’s first mural was in Chinatown, New York.

“We’ve been in the country since 2015 creating these coast-to-coast landmarks for postcards,” Ving said.

Not only is this special because it’s the first in Michigan, but it’s also a milestone. 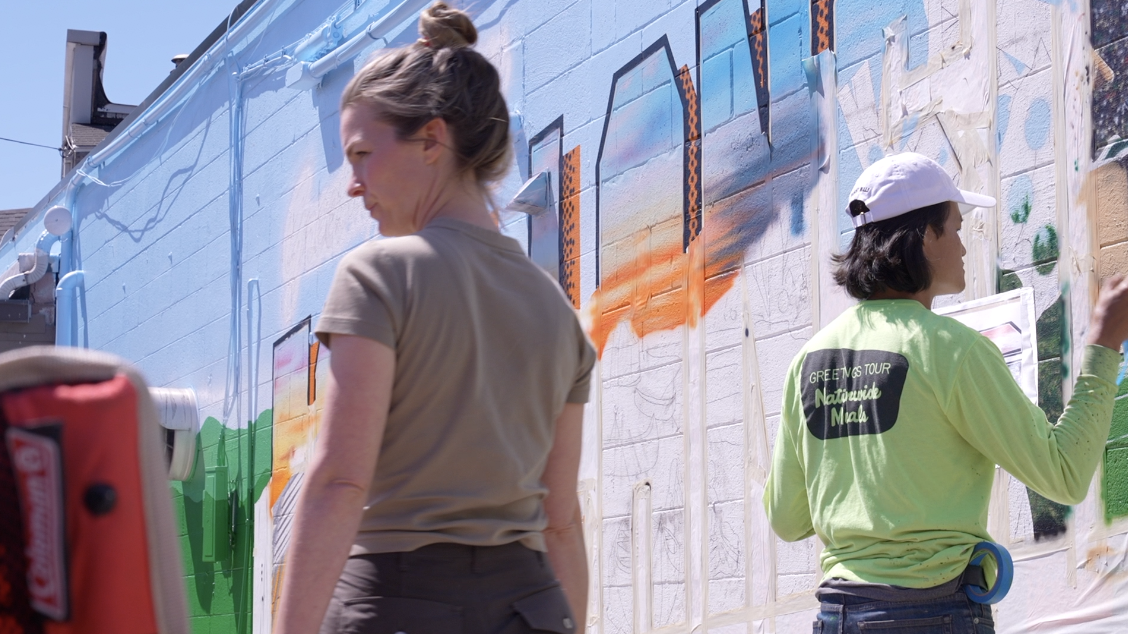 The duo are currently working in East Lansing on the side of the Roadhouse Pub.

The East Lansing mural has been talked about for years.

“This whole project in East Lansing started a long time ago, probably like 2018,” Ving said. “That was almost three years in the making.” 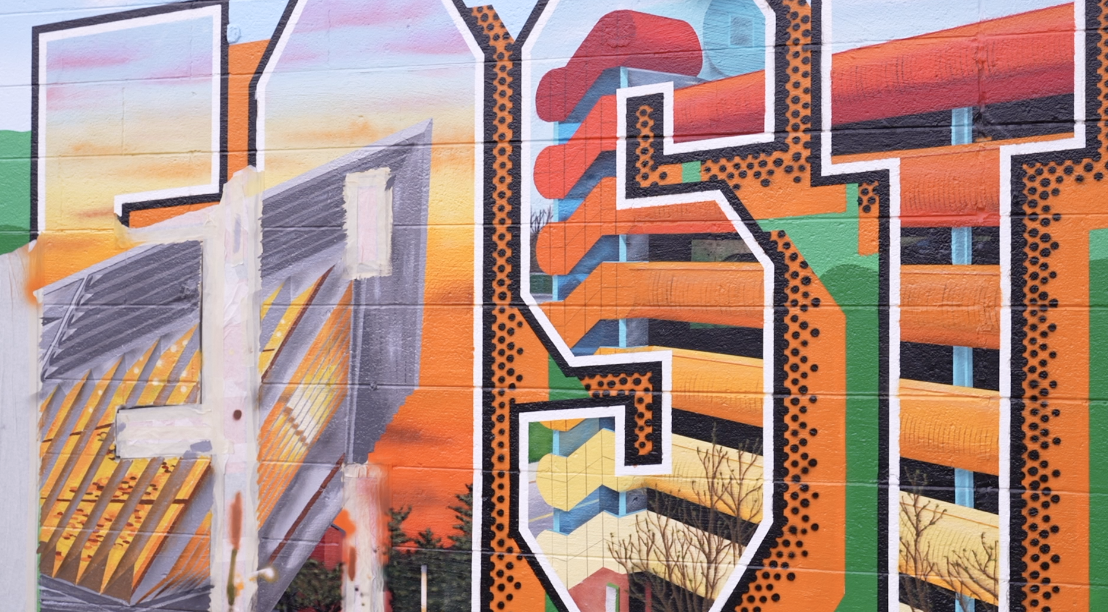 When planning the design, they made sure to speak to the locals to decide what was in the letters.

“We always work with the locals to come up with ideas because you know best what your city really represents,” said Ving.

The Broad Art Museum, Street Garage Division, Sculpture, and Sparty all made it into the mural.

“We even tried to show all the seasons in the letters except for the snow, because we’re excited to see pictures of the mural with snow on the ground,” Ving said. The mural wouldn’t be complete without a squirrel sitting just above the A in Lansing.

It wouldn’t be complete without a squirrel sitting at the top.

Ving said they are painted in all weather conditions.

“The sun shines on the wall from about 104 heat,” said Ving. “We painted in Alaska.”

He has no doubt that this will survive the Michigan winters.

“We use the highest quality exterior paint there is and then it is coated with a UV coating and an anti-graffiti coating,” said Ving. 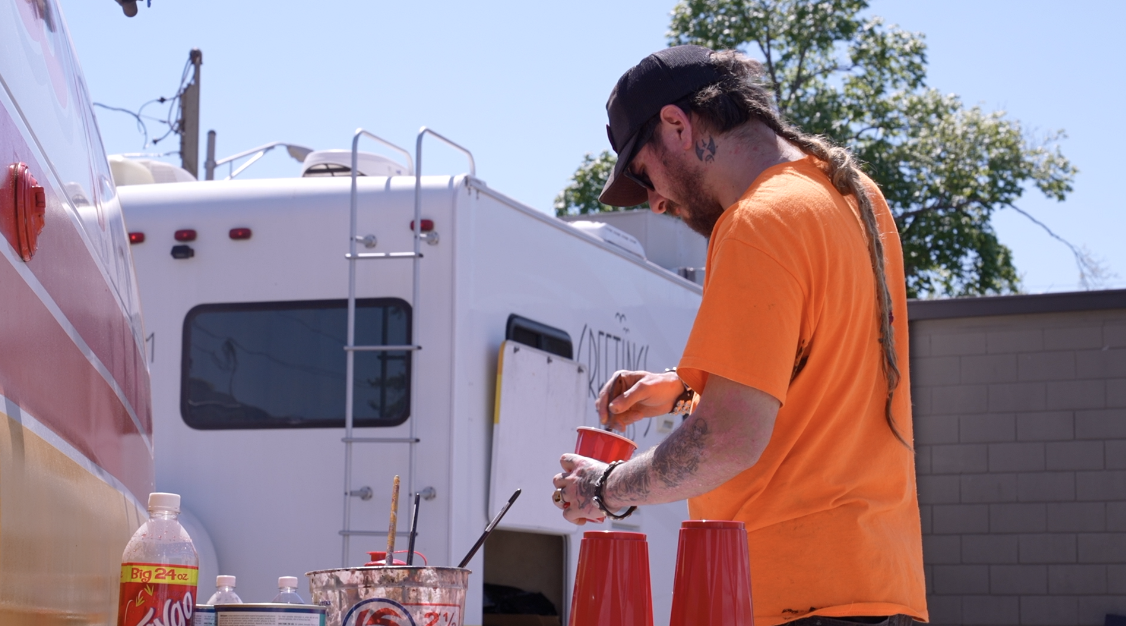 Local artists like Samskee and an artist from Detroit came to paint the mural.

Ving said they couldn’t have done it without the help of some local artists.

“We had a local artist to help us with the background here, Samskee, and then another local artist from Detroit came to help,” Ving said. 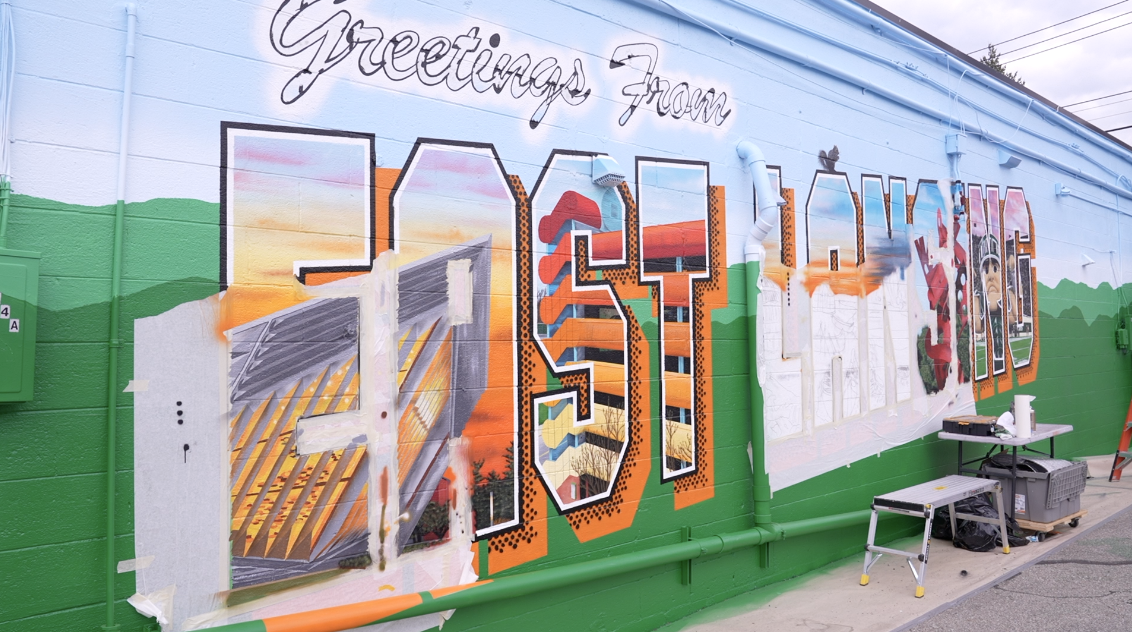 The mural is expected to be ready early next week.

After a layover in North Dakota, the duo look forward to returning to Michigan later this year.

“We’ll actually be back in September to do one in Jackson,” Ving said.

The “Greetings From East Lansing” mural is expected to be completed early next week.

To learn more about the traveling duo and see the other murals, you can visit their website.

What to do if you encounter a turtle in Greater Lansing