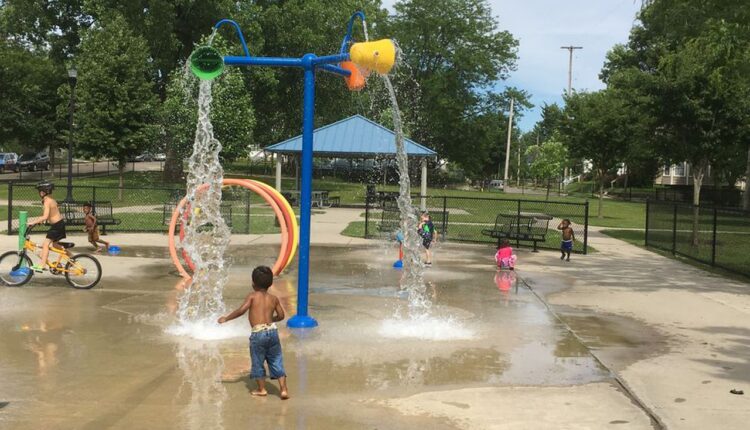 GRAND RAPIDS, MI – After recent challenges filling seasonal positions, Grand Rapids Parks and Recreation is looking to transition more of its maintenance and groundskeeping workers from part-time to full-time.

“In observing the seasonal pattern of employment over the last two fiscal years, it is apparent that while the goal of increased (maintenance) in parks remains paramount, relying primarily on seasonal employees to achieve the goal is not the right solution,” said David Marquardt, director of the city’s parks department.

Since summer 2021, Marquardt said, the department has only been able to fill a little more than half of its budgeted seasonal worker hours, leaving the department to rely on overtime and contracted work to close the gap in park maintenance. Some contractors too, he said, have seen trouble filling positions due to the national labor shortage.

With contracted work nearly twice as expensive as a full-time parks employee, Marquardt is asking city leaders on Tuesday, Jan. 24, to allow his department to hire three full-time employees – one building maintenance mechanic and two groundskeepers – to help with park maintenance and operations.

“Two additional groundskeepers at mid-year will make an immediate impact to park operations, including added attention to the established standard operating procedures for each park,” Marquardt said. “It is expected that the addition of two groundskeepers will reduce the need for contractor support and amount spent on overtime to maintain levels of service.”

The annual estimated cost for all three new positions is $241,248. For the remainder of this fiscal year, which ends June 30, the cost would be $100,520 and fully funded with unused dollars from the seasonal wage budget.

Marquardt said the hiring of more full-time employees in place of seasonal workers doesn’t represent the end of part-time jobs at the parks department. Thanks to the permanent, and increased, parks millage passed by voters in 2019, the department will still have more budgeted seasonal hours than in years past even with the new full-time hires.

“I do not envision a full shift away from seasonal workers,” he said. “The nature of our business is very much seasonal, although we are working hard to become more of a year-round destination, and parks play an important role in that.

“But nevertheless, we still very much have a need for those workers that do that seasonal work, whether it’s in the wintertime or the summertime. I don’t see that going away entirely.”

The department’s seasonal workers are tasked with park maintenance, groundskeeping, helping set up for events and more.

Marquardt said that some of the issues around fielding and filling seasonal worker positions included a lack of assurance that the seasonal worker would receive a full-time position and a desire for higher hourly wages.

Grand Rapids has raised its hourly wages for seasonal employees in recent years to keep pace with private employers, he said, but it still wasn’t enough to fill its ranks of seasonal positions.

“We believe that by offering full-time positions that come with both salary and some benefits, that we’re going to be better able to attract some additional workers,” he said. “But on top of that, we fully believe and know that with those full-time employees we are going to get a more solid deliverable and body of work that really allows us to ensure that we’ve got people that build that knowledge but then retain that knowledge within the organization for the long term.”

In an example of institutional knowledge retained by full-time employees, Marquardt pointed to the growing number of splash pads in city parks and the complexity of the parts involved. The pads require learning time to maintain them.

The number of labor hours for parks operations and maintenance was nearly doubled from the department’s 2020-2021 budget to the 2021-2022 budget, thanks to the passage in 2019 by residents of a permanent, increased parks millage.

The increased labor hours also corresponded with a goal by the department to increase maintenance levels, measured by a letter grading system, across the entire park system.

“The voters overwhelmingly supported the increase in the millage but wanted some commitment from the city to ensure that a portion of those funds then would be used not only for capital improvements but for the operations and maintenance and care for our parks system,” Marquardt said .

“It is thanks to the voters and their support that we’re able to sharpen our focus and make these shifts to best care for the parks system as we can.”

In 2001, the department had 72 full-time employees. While still below that pre-Great Recession staffing, Marquardt said the department’s use of seasonal employees and standard operating procedures have made it more efficient.

The department added two full-time groundskeepers in the 2021-2022 budget and had planned to hire close to 65 seasonal laborers. Only about 56% of budgeted seasonal hours were filled, leaving the department with about $712,000 of that budget unexpended. About $350,000 of that was then spent on hiring contractors to maintain levels of service.

Two more full-time park employees were approved in the current 2022-2023 budget. For the first five months, starting in July 2022, the department was only able to fill about 59% of its budgeted seasonal hours.

‘I couldn’t have dreamed of this:’ Holland teacher gets $25K check from district to buy first home