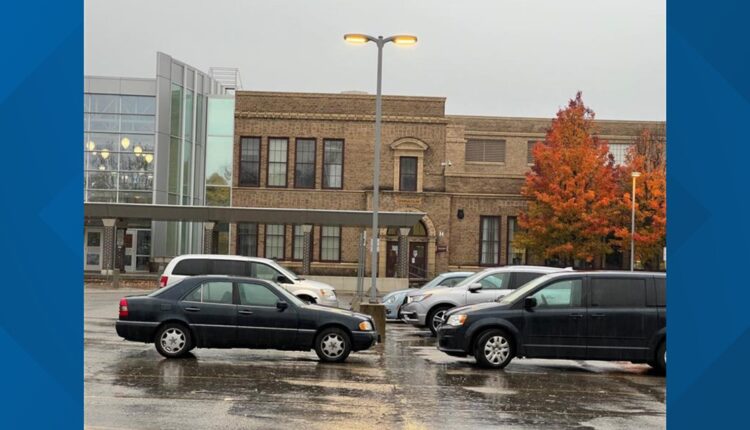 GRAND RAPIDS, Mich. — Thursday night, concerned parents spoke out in Grand Rapids, calling on the district to add more security measures after a student brought a loaded gun to school.

“I was scared,” Brayden Monsalvo, a student at Burton Middle School says.

He was in art class when the school went into a “code yellow” on Wednesday, when security confiscated a loaded gun from a 13-year-old.

“I was nervous because I didn’t know what was going on,” Monsalvo says. “In my body I was, like, what’s going to happen? Or like, anything could happen at that moment,” Brayden says.

He’s felt scared at school before, back in October when another gun was reported at the middle school. This one was unloaded, but the student did have ammo.

She was texting her son throughout the day.

“I almost fell to the floor. I feared for my child and other children. I was in awe because this is a second time that it happened.”

Now, she and other parents want to see something done, like Leticia Torres who has two boys at the school.

“I’m gonna do everything I can to where my kids, (and) students, (and) this kid are not another statistic,” she says. “(My) kids are afraid. I kept them home from school today because they’re afraid.”

Leticia says she’s sat down with different administrators, calling on the district to start with clear backpacks and ultimately install metal detectors throughout the district.

“Thank God a parent called and made that phone call. If not, God forbid, what would have happened? Is that what they’re waiting for? For, God forbid, a Columbine, a Texas, (and) what happened?” she says. “No, I’m not gonna sit around with my hands cross and wait for something worse to happen. Those are my kids. I’m not just speaking up for my boys. But for all the kids in the school.”

“To the extent that any of our parents are frustrated with this, the administration shares that concern,” Leon Hendrix, Executive Director of Communications and External Affairs with the district, says.

He adds that the district is balancing that schools are both accessible and open, as well as safe.

“All of us are always ears open to the concerns that our families have,” he says.

Leticia plans on starting a petition on these safety measures and going to school board meetings to push for change.

“It’s my kids’ safety,” she says. “We can’t have these kids going to school afraid and fear of their lives.”

Detroit may move up deadline for property tax relief program