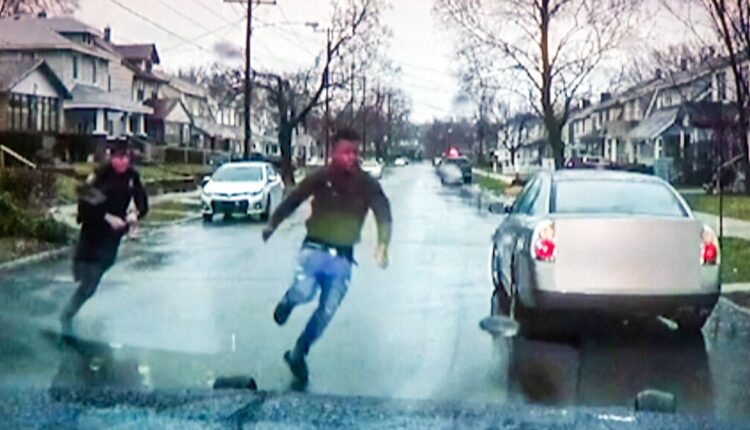 Christopher Schurr, the police officer charged with second-degree murder for killing 26-year-old Patrick Lyoya with a gunshot to the back of the head on April 4, has been fired by the city of Grand Rapids, Michigan.

Schurr decided to waive his right to a discharge hearing and Grand Rapids City Manager Mark Washington announced on Wednesday that, “I have decided to terminate Mr. Schurr’s employment with the Grand Rapids Police Department effective June 10, 2022.” The termination was backdated to the day of Schurr’s arrangement.

Washington said he accepted the recommendation of the police chief and the city’s labor relations office to fire Schurr. The brutal killing was captured on smartphone video which shows Schurr shooting Lyoya in the back of the head execution-style during a traffic stop in a neighborhood on the city’s southeast side. Schurr was charged by Kent County prosecutor Chris Becker on June 9, two months after the shooting took place.

On the morning of the shooting, Schurr pulled Lyoya over for an apparent license plate violation. When Lyoya exited his vehicle and failed to comply with verbal commands from Schurr, the officer became physically aggressive. Following a short chase and scuffle over his taser, Schurr wrestled Lyoya to the ground face down, pulled his police handgun and fired one shot to the back of the Congolese refugee’s head, killing him instantly.

In his statement on the firing, City Manager Washington said, “Due to the on-going criminal matter and the potential for civil litigation, I will not be providing any additional comment concerning Mr. Schurr at this time.”

At his arrangement last Friday, Schurr pleaded not guilty and was released on a $100,000 bond. As a condition of his pretrial release, Schurr cannot purchase or possess firearms or dangerous weapons, must remain under the supervision of court services, cannot drink alcohol or consume any illegal drugs and cannot engage in “any assaultive, threatening or intimidating behavior.”

Grand Rapids Police Chief Eric Winstrom had recommended that Schurr be immediately suspended without pay and fired on the day he was charged. Although Winstrom had never seen the report from the Michigan State Police (MSP) upon which Becker based his decision to bring the second-degree murder charge, he said he did not have any reason to believe that the Kent County prosecutor “made an incorrect decision .”

Winstrom made his recommendation at a press conference that was also attended by Grand Rapids Mayor Rosalynn Bliss and Office of Oversight and Public Accountability Director Brandon Davis. The mayor and accountability director are now going about the business of covering up both the pervasive police violence against poor and working class people in Grand Rapids and the initial attempts by city authorities to sweep the murder of Lyoya under the rug. 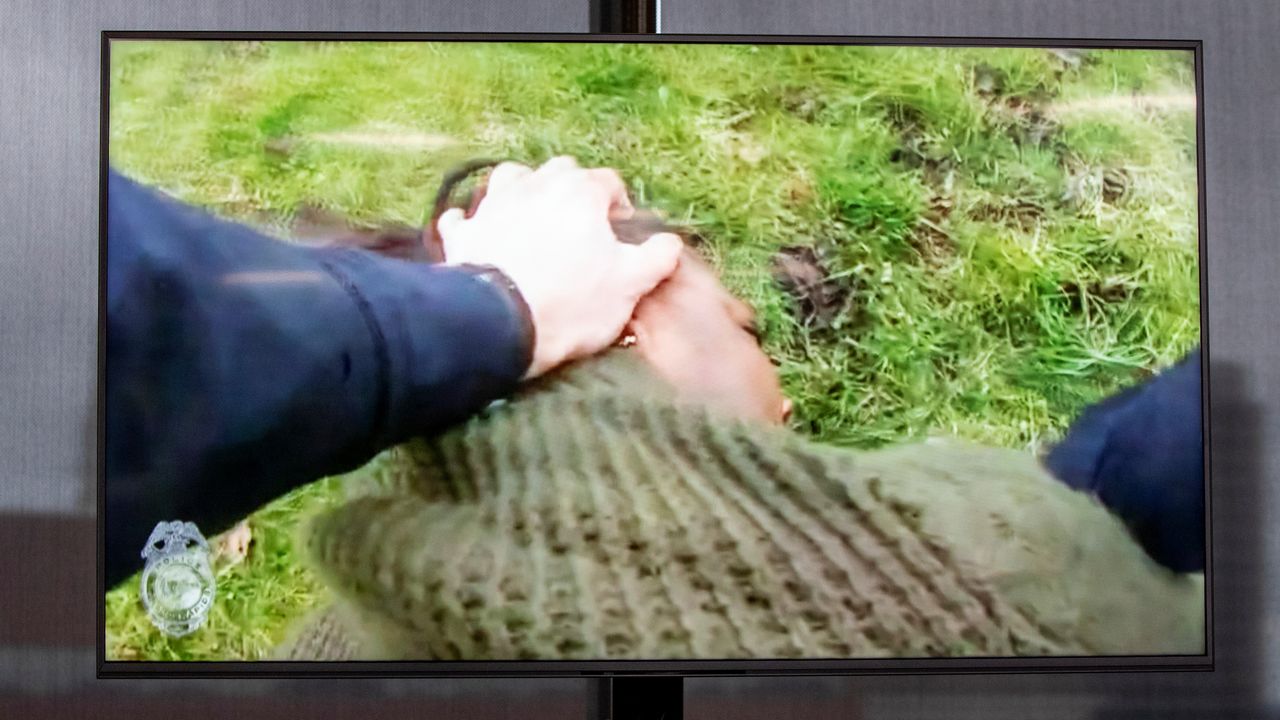 Davis claimed that his department would now do a “post-incident review of the city’s actions and consider concerns such as how much time it took to release the video of this incident, when should an officer’s name be released in connection with an investigation.” Mayor Bliss made similarly meaningless remarks about how the charge against Schurr was “a step in the process of accountability and justice” and “we have a lot of work to do” including making “long-term systemic changes that create a safer and a better community for everyone.”

Whatever the present comments of the Grand Rapids political establishment, it took a series of protests by workers and young people in Grand Rapids, Lansing and Detroit, along with members of the Lyoya family, in the early days following the shooting, to force authorities to release the disturbing video three weeks later and then make the name of Schurr public a week after that.

The protesters continued demanding that Schurr be criminally charged as the prosecutor dragged out his decision for weeks claiming he did not have a complete report from the MSP and that he was consulting with experts on the matter. The decision to charge second-degree murder and the timing of it were obviously calibrated politically.

During the lead-up to the prosecutor’s decision, a campaign was launched in the Detroit press to lionize Schurr as a “humanitarian” and model police officer and simultaneously paint a picture of Lyoya as a troubled young man with numerous past run-ins with law enforcement.

Lyoya was a working class refugee from the Democratic Republic of Congo who arrived in the US as a teenager and, along with both of his parents, took manual labor jobs in order to survive. He had two small children of his own and was known throughout the Congolese refugee community as someone who was very helpful and giving of himself to others in need.

Attorney Ven Johnson who is representing the Lyoya family, raised important questions about the amount of time it took the city of Grand Rapids to fire Schurr. Johnson said the city had sufficient evidence to fire him long before prosecutor Becker announced the criminal charge two months after the shooting of Lyoya.

Johnson told the Detroit News on Wednesday, “What took them so long? The City of Grand Rapids, which of course includes its police department, has the responsibility to hire and fire all by themselves. They waited for the prosecutor to make important decisions for the City of Grand Rapids.” Pointing to the political implications of the case, Johnson said, “Leaving him on the force and paying him money. … What message does that send to officers?”

The second-degree murder charge and firing of Schurr has mobilized far-right and pro-police political forces who say the officer was fully justified in fatally shooting Lyoya. During Schurr’s arrangement, more than 60 supporters showed up, including some uniformed police officers.

In the hearing, Schurr’s attorney Matt Borgula said his client did “everything he was required to do per department policy.” Borgula claimed that before lethal force was used, Schurr took several steps which exhausted him until he “felt that he was in danger of lethal harm himself before he decided to pull his weapon.” The attorney said that this will be the line of defense in Schurr’s trial.

A probable cause conference is set for 9:30 am on June 21 and a preliminary examination is also scheduled for June 28 at 1:30 pm

Pence was within 40 feet of mob inflamed by Trump, Jan. 6 committee reveals ⋆