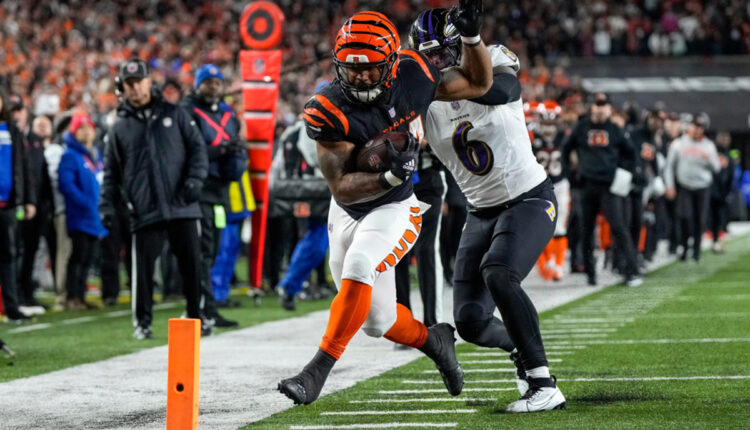 The Detroit Lions have a running backs room that contributed significantly to the team’s solid run to end the 2022 season.

Ben Johnson’s offense showed the necessary versatility to be successful in his first year as offensive coordinator.

Under Johnson’s watch, the team recorded over 4,000 yards passing and over 2,000 yards rushing the football

“We put the pressure on them,” said running backs coach Duce Staley. “Put knew a lot of pressure on them and they how hard we were going to be on them, we demand a lot. And I’ll tell you man, they showed up every day. Some days were of course better than others and we all know about this League, this is a violent League man, violent, violent League and these guys go out there and put their bodies on the line. But every day they came to practice and every day they came to work.”

With Justin Jackson and Jamaal Williams entering free agency, the team could look to free agency to add depth to the roster.

One player general manager Brad Holmes and the front office should pay attention to is Cincinnati Bengals running back Samaje Perine.

According to the Bengals team website, Perine “played in 16 regular-season games in 2021, and in those saw action on 26.9 percent of Bengals’ offensive snaps. … Among Cincinnati’s most valuable special teams contributors, he ranked second on the team in snaps (272) and tied for second in tackles (six) on special teams during the regular season.”

He would likely be an inexpensive option, as he would command less than $4 million annually to sign with a new NFL team.

One injured, another arrested after car crashes into tree in Lansing neighborhood