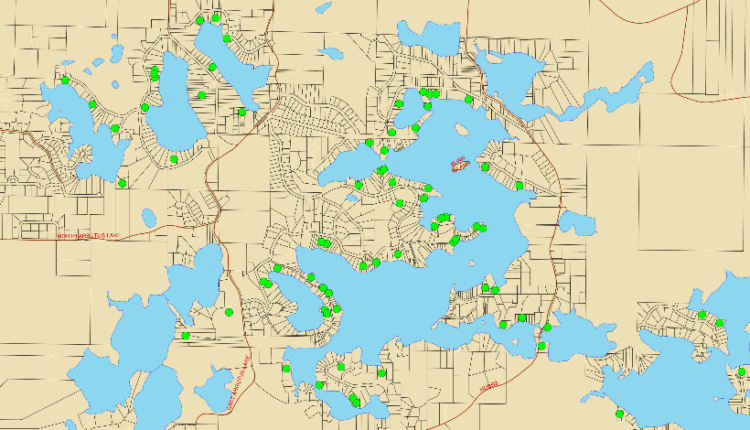 Trustees agreed unanimously Monday to push out the moratorium’s end up to six months from its original Dec. 22 expiration. They did so to give Township Planner Claire Karner and others more time to work on another round of major changes to rules that have stirred controversy over the years.

Those new rules would cap short-term rental licenses at 145, or 2.5 percent of the township’s existing housing, according to a memo from the township. They would also require new short-term rentals to be located at least 1,000 feet from existing ones, set a limit on visitors and the hours they could stay; require documentation the septic system is adequate for the property; and reduce the frequency of stays from one rental every four days to one every seven.

Karner and Jacob Witte, an attorney working with the township on the draft rules, told trustees the changes aim to head off problems both with renters causing nuisances to the neighbors and with short-term rentals pushing up property values.

Karner said that while the township has a long history of transient rentals, their proliferation is having an impact.

Others saw the problem as more focused on one area: Pine Grove. Several residents, rental owners and other commenters mentioned it as the focus of complaints, and others contrasted the neighborhood with what they contended were largely peaceful rentals on the township’s several inland lakes.

Jason Domina, of Northville, told trustees he’s looking to buy on Arbutus Lake. He’s a physician at a cancer center and likened the moratorium and rule changes to chemotherapy.

“Whenever you give chemo, you do damage to the primary cancer but you also do damage normal cells,” he said. “The normal cells in this case are the good short-term rentals on the lakes outside of Pine Grove.”

He was one of a string of commenters with plenty to say Monday night, either in support, opposition or ambivalence to the proposed changes. Still others had suggestions to shore up the language — township resident Judy Nemitz suggested adding language addressing portajohns, and considering how the 1,000-foot buffer would work when property lines extend to the middle of inland lakes.

A few competing narratives emerged, too. While one lakeside owner said he deals with noisy, foulmouthed litterbug guests at a nearby short-term rental, another who said he manages short-term rentals and previously owned some in the township said a cottage owner was the one causing headaches in his case.

And while Jill Bernardi and a few others voiced support for the township’s proposal to keep licenses non-transferrable, rental owner Penny Dahlstrom said it would be too restrictive for owners like her who have had repeat guests over the years and want to pass the business on .

Trustees agreed East Bay could allow license transfers if a property or the company that owns it is being passed from family member to family member — Trustee Tracy Bartlett said they would need to require some kind of documentation in the case of an LLC changing hands.

It was one of a handful of tweaks trustees discussed at the meeting. They also agreed to allow a more flexible number of renters while scaling the limit to the rental’s size, as suggested by trustee Matt Courtade. And they discussed how to award any unused licenses once they become available — Witte suggested the township planning and zoning department draft a policy, while trustees agreed the board should have some oversight.

Trustees will see a reworked draft of the changes at their meeting in December, Karner said. They could introduce it for a hearing at a future meeting then, and also could end the moratorium if they’re adopted before the new June 22, 2023, expiration date.

Tricia Adams said she would welcome the new rules and works hard to abide by current ones for the properties she owns on Arbutus Lake. But she pointed to an apparent lack of enforcement and asked why the township isn’t doing more to revoke the licenses of rentals where guests repeatedly cause problems.

“If you’re not enforcing the rules, people are just going to keep renting to people who don’t care about our community,” she said to trustees, adding that’ll understandably leave neighbors frustrated.

The moratorium doesn’t stop license holders from renting or renewing their permit, as previously reported.

They also pointed to pending changes to state law that would widely restrict townships and other local governments from regulating short-term rentals.