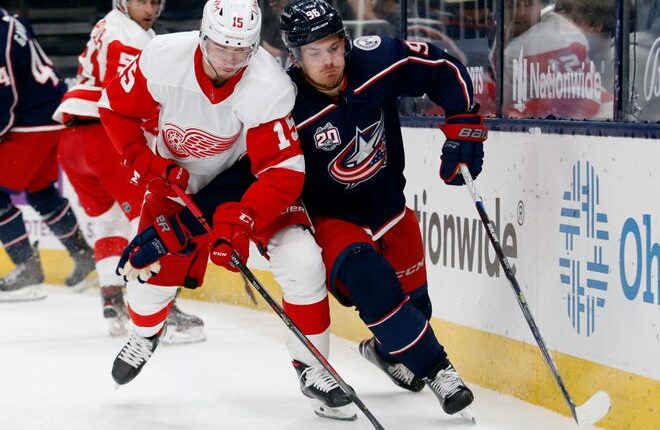 Jakub Vrana set quite a standard last year when he scored in his first game for the Detroit Red Wings.

He’ll have a chance to make a similar impact Tuesday at Little Caesars Arena, when he makes his season debut vs. Arizona (7:30 pm, ESPN+, Hulu) nearly three-quarters through the season after being sidelined since camp with a shoulder injury.

“It’s my first game after a while, so I hope after first shift everything go back together,” Vrana said after Tuesday’s morning skate. “Probably the hardest part is to be mentally strong. When you are a long time away from something you love, you start to have little doubts in your mind. You have to stay strong mentally, you have to believe you can come back.”

Vrana, who has missed 56 games for the Wings (24-26-6), was on a line with Pius Suter and Tyler Bertuzzi, but coach Jeff Blashill emphasized lines may be fluid.

“There’s a huge unknown of where Jakub is at,” Blashill said. “He hasn’t played all year. It doesn’t matter the level of player, it’s really difficult to jump right in. You’re not ingrained in the system, all that stuff. We’ll see where the best fit is in the short term and long term for the rest of the year.”

The Wings had counted on Vrana to be a significant part of their offense, but he left the ice 10 minutes after getting to training camp because of a shoulder injury, and had surgery in October. He has been skating since January and practicing for the past several weeks, and described himself as “super excited” to finally see his name in the lineup.

THE ROSTER:Why Red Wings waived Danny DeKeyser — on his birthday

Vrana joined the Wings at last season’s trade deadline, and scored in his debut.

“It’s hard because you’re switching the systems and everything,” Vrana said Tuesday. “But for me, I focused on little things and tried to simplify my game, tried to fit in as best as I can and just do what I can do best out there, and I came in and I scored a goal in my first game .”