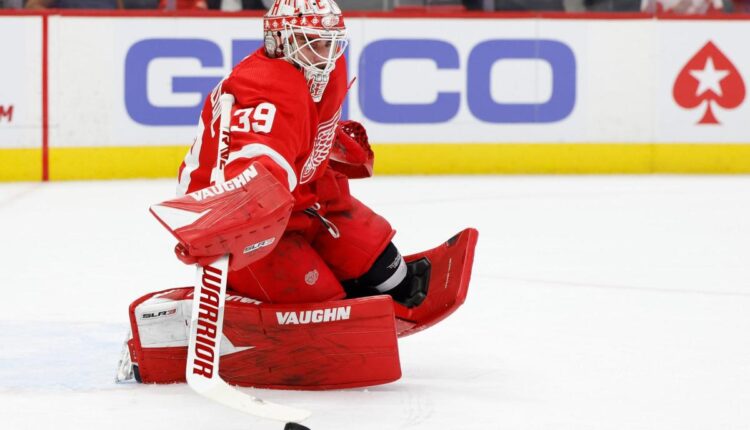 General manager Steve Yzerman placed Nedeljkovic on waivers Sunday, and no team put in a claim for him by Monday’s 2 pm deadline. While Nedeljkovic stays on the payroll, this does clear a path to take him off the 23-man roster.

Nedeljkovic carries a $3 million salary cap hit in what is the last year of his contract, and has struggled to show he belongs in the NHL this season. He last played for the Wings on Dec. 8 at the Florida Panthers, and with that 5-1 loss, Nedeljkovic had a 2-4-2 record with a 4.09 goals-against average and .880 save percentage.

More:Detroit Red Wings hit the road for West swing: ‘We care about trying to turn this around’

Goaltender Alex Nedeljkovic makes a save in the first period of the Detroit Red Wings’ 5-4 shootout loss to the Buffalo Sabers on Wednesday, Nov. 30, 2022, at Little Caesars Arena.

Nedeljkovic, 27, lost his backup job to Magnus Hellberg, who was claimed off waivers in November. Hellberg doesn’t have great numbers — he’s 2-3-0 with a 2.81 GAA and .896 save percentage with the Wings — but he only carries a $750,000 salary cap hit, and would almost certainly have been claimed had he been exposed.

The upside to Nedeljkovic staying is he has stabilized goaltending with the Grand Rapids Griffins. In six games during a conditioning stint that began Jan. 4, Nedeljkovic is 3-2-1 with a 2.30 GAA and .920 save percentage.

Embark on an Ethereal Winter Rafting Trip Along the Pine River