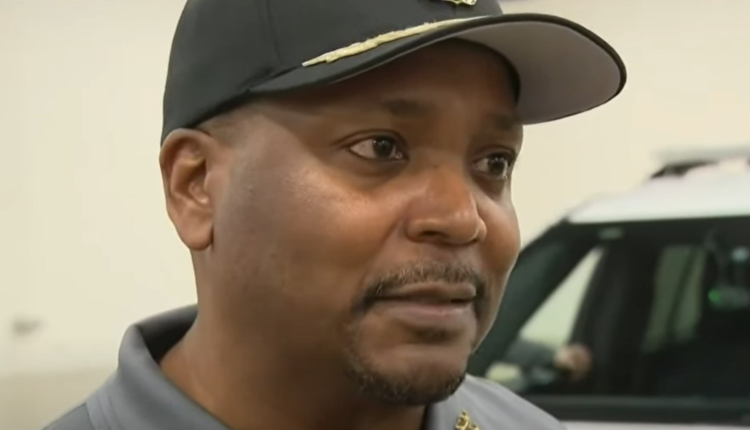 By George Hunter
The Detroit News

DETROIT — With Detroit police responding to a record number of runs involving mentally ill residents, Chief James White on Wednesday announced an overhaul of the department’s Crisis Intervention Team and new tools that he said would give officers more options when dealing with citizens in crisis.

The changes, some of which The Detroit News reported last week, include centralizing the Crisis Intervention Team operations and equipping CIT officers with less-than-lethal weapons such as Bolawraps, which are hand-held devices that discharge a cord that coils around subjects’ arms or legs to restrain them.

During a news conference at Huntington Place, White said he also will introduce two centralized Co-Response Units, one each to cover the city’s east and west sides, which will be made up of full-time officers dedicated to mental health runs. Currently, each precinct has at least one officer with Crisis Intervention Training for runs involving people with mental illnesses.

A “throw camera” that can be lobbed into houses during barricaded-gunman situations, police drones and a “virtual reality helmet” for training also were discussed Wednesday. Prior to the news briefing, police officials demonstrated the tools for members of the City Council, the Detroit Board of Police Commissioners and residents.

White said the tools still have to go through the procurement process. “Policies (overseeing the tools’ use) would have to be approved by the Board of Police Commissioners, while the City Council would have to approve the purchases,” White said. “But we have dollars for it.”

While the new devices give officers more options, “this is no guarantee that the outcomes, which are already unpredictable, are going to end peacefully,” the chief said. “This just gives officers more tools to that end.”

White also displayed during Wednesday’s briefing new uniforms and vehicles CIT officers will be issued. The light-gray tops and khaki pants the CIT officers will wear are designed to appear less intimidating to people in crises than normal police garb, while the new vehicles will feature green lights in addition to the traditional red-and-blue flashing lights atop most squad cars.

The two Co-Response Unit shifts will run from 11 am to 7 pm, and 7 pm to 3 am Under the new system, White said the precincts will retain some of those officers who work on mental health issues part-time and that additional cops will be assigned to the two centralized teams as their full-time positions.

Capt. Tonya Leonard-Gilbert said there are 18 CIT officers on the force now, along with nine behavioral health specialists. “When a call comes in for service, if it’s determined it has a mental health nexus, it’ll be sent to a behavioral health specialist who’s embedded there,” she said. “They’ll try to de-escalate, but if it’s determined a call needs to be dispatched out, it’ll be dispatched to a crisis co-response team.”

White said his goal is 30 officers on the centralized CIT team. “But we have well over 100 officers who are trained in CIT right now, so you’ll have that additional layer of having officers in the precinct who may be CIT trained; they’ll be on a regular patrol car but they may have some training.

“This model is … two officers on a car whose sole job is to do that work, and a behavioral health specialist as well,” White said.

The “throw cameras” will be equipped with audio capabilities, White said.

“Often we find that a person in crisis wants to interact with only one person, but we can’t put that person close enough,” White said. “We’ll have able to get their audio on the camera, throw the camera in close to the person in crisis and let them communicate in real time.”

Drones also would be used during barricaded-gunman situations, White said.

“I look forward to working with (DPD) to ensure that we are evaluating the data, that we are implementing what we learn and continue to push for better solutions,” she said. “While DPD is not responsible for addressing mental illness, we need to ensure that our city invests in resources needed to address our mental health crisis.”

The changes come as Detroit police are handling an unprecedented number of mental health crises. DPD officers had been deployed to more than 17,000 mental health-related emergencies in 2022, White said.

In two recent cases, Detroit police officers fatally shot residents who’d been diagnosed with schizophrenia. On Nov. 10, 27-year-old Kiazia Miller was killed as she reportedly struggled with officers for control of a gun. Miller’s relatives had called the police and reported that she was inside her house with her two young children, armed with a gun, knife and baseball bat. Three officers were suspended after the incident because White said they didn’t properly take control of the situation.

On Oct. 2, Porter Burks was killed after police say he ignored officers’ orders to drop a knife. His brother had dialed 911 to report that the 22-year-old Burks had slashed his tires and was acting aggressively.

Following each shooting, $50 million wrongful death lawsuits were filed on behalf of the families by Southfield attorney Geoffrey Fieger.

Wednesday’s announcement came a day after DPD officials rolled out two other less-than-lethal weapons to be distributed to supervisors throughout the department: devices that shoot pepper balls and foam “impact rounds.” All officers also will be issued new body-worn cameras that have higher definition and more capabilities than the current units.

Jill Sill: Embracing winter by getting out there | GO