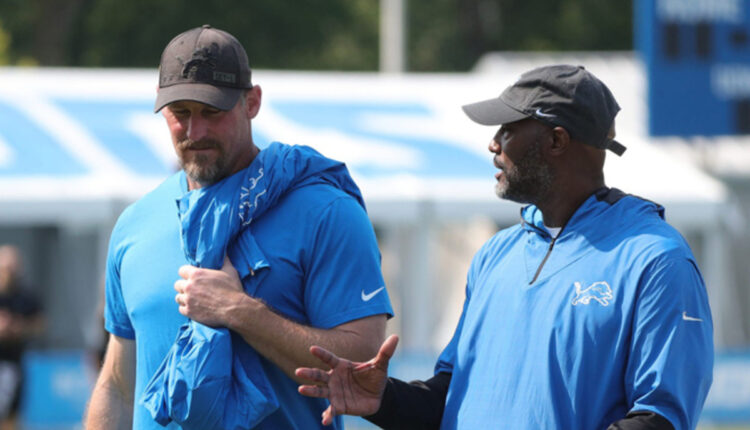 The Detroit Lions are not expected to receive any compensatory picks in the upcoming 2023 NFL Draft, according to overthecap.com

Compensatory picks are assigned to teams that let go of a certain amount of talent in free agency, when compared with their number of additions.

General manager Brad Holmes was awarded pick no. 97 overall in the third round, pick no. 177 in the fifth round and pick no. 217 in the sixth round of the 2022 draft.

More: Is Jake Moody Lions Kicker of the Future?

In the division, the departure of Marquez Valdes-Scantling to the Chiefs should provide the Packers a future fifth-round compensatory pick.

The Vikings could receive a pair of sixth-round picks, as Xavier Woods and Mason Cole moved on in 2022.

Chicago, who currently possess the No. 1 overall pick, the other team in the division is not expected to receive any compensatory picks.

In November of 2020, the league announced it would award two third-round picks (one in consecutive seasons) to any team that had a minority coach or executive hired as head coach or general manager by another NFL club.

If defensive coordinator Aaron Glenn is hired by an NFL team, it would result in the Lions receiving a pair of third-round compensatory picks.

Teams projected to not receive any compensatory picks:

Become a premium AllLions member, which grants you access to all of our premium content and gets you a FREE subscription to Sports Illustrated! Click on the link below for more.