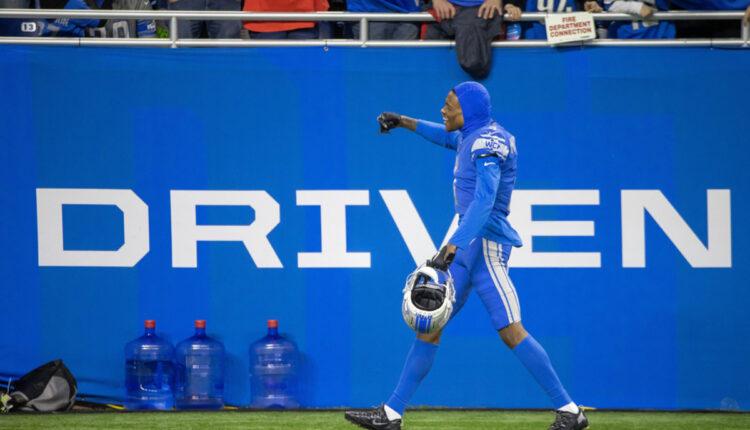 Detroit Lions look to create NFL success for many years

The Detroit Lions are seeking to have success far beyond the 2022 NFL season.

Even though the team has rebounded following a disappointing 1-6 start, there is a clear understanding in the building the team has not accomplished anything as of yet.

With the potential of earning a spot in the NFC playoffs still on the table, Detroit has still remained intently focused on doing what they need to do on a daily basis to set themselves up for success.

“I think the pick-me-up has still been the fact that we are where we are, that we know that we’ve got a chance,” Dan Campbell said. “But we also know we feel like we need to win out here and it all starts with the Jets. We don’t handle our business it’s all for naught. But no it does — it’s nice to be able to look up there and see that’s a team that’s in front of us that did get a loss. So, it’s hard to ignore that. But also, we know, our guys know, we have to do our part.”

Given the long history of futility, members of the coaching staff who have been part of the Lions organization as players will not allow players to let up on their intensity or on their preparation each week.

“I think that would be a joke for somebody in this building to get complacent,” linebackers coach Kelvin Sheppard said. “With where this organization has been for the last decade, for you to experience six weeks of winning football and think you’ve arrived, that’s a joke to me.”

Sheppard, who played for the Lions, highlighted the work the front office has done to potentially create sustained success for many years to come.

“Oh it better carry over. These guys are locked in on four-year rookie contracts,” said Sheppard. “So at worst, you’re going to have these players for three, four years all playing together. You talk about the phenomenal job our front office is doing right now as far as identifying talent — not only early. That’s easy.

“The top-10 picks, that is what it is. That’s already sorted itself. But late, when you start talking about fourth, fifth, sixth, seventh rounds, the undrafted free agents, the job that Brad Holmes and (assistant GM) Ray Agnew and that crew is doing, shuffling in and shoveling in this immense of young talent, I think that’s how you create a sustainable culture.”

Part of Michigan could become hot as Georgia summer time. This is what it looks like by 2100.